After doing some analysis on the STEEM DOLLARs Created and Destroyed for my post about why I believe the SBD Will Fall to $1 it was pointed out to me by @dana-edwards that I had not considered SBDs that were either deliberately burnt or spent on the Promoted feature. Firstly, I’d like to thank Dana for pointing that out and secondly, I’d like to add a bit of analysis on the STEEM DOLLARs that have been destroyed this way to see if it might have had significant effect on the Circulating Supply of SBDs. 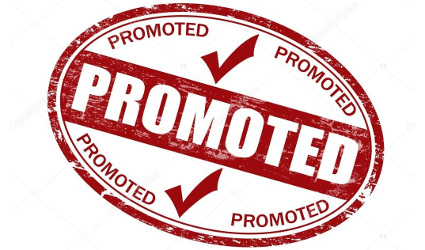 I’ve produced a graph below which shows the amount of SBDs that have been destroyed via transfers to NULL. This is how the Promoted feature works and also if someone wants to throw their SBDs away (burn them) then all you do is sent it to NULL and they’re gone. I’ve run the query over the full length of my previous date range – from 1st August 2017 (pre SBD pump) to 29th January 2018 (post SBD pump). I’ve shown on the graph where the first SBD pump occurred.

You can see there is a lot less SBD being destroyed after the SBD Pumps began. I guess it would be fair to say that either people were less comfortable spending SBD on the Promoted Feature once they became more valuable. Or you could argue that the actual total value of the SBDs in US Dollars (or even BTC) spent on Promoted Feature did not actually change as much due to the SBD having increased value. Either way it is clear there were less total SBDs burnt after the SBD started pumping. Now if I just re-do my original graphs to show the SBDs being burnt and add them to the Net amount to see if this is significant.

We can see a few bumps in the Orange line but it is not having a huge impact pre-Pump.

We can see a little bit more of the blue line here because there is a non-zero amount of SBDs being burnt post-Pump even though the number of Conversions is near zero. However I think it is safe to say that when put into context, the burning of SBDs via the Post Promotion Feature and voluntary burning is not having any significant effect on the SBD supply.

It kindof sucks that sbd fell so hard.

I think people should go to the promoted section more. We should support the people who advertise and not just the robots. If it wasn't for advertising Facebook would be worthless. I recently started advertising on here. You can do it for as little as .001 sbd.

I agree and I was using it for a while. But I don't think it's been implemented well enough for it to be any real use in promoting posts. Just my opinion for what it's worth :)

Good stuff. Thanks for the update. I hadn't thought of promotions affecting the supply, but it appears it doesn't make much of a difference.

Will SBD head to $1, or could it drop even lower? If the price continues to inflate, why wouldn't it drop even below $1?

Also, is it normal for SBD to be worth less than Steem?

I think it is normal and should be the way of the future. I don't think SBD drops significantly below $1 unless the platform is really starting to die. I'll be buying at $1 SBD and below because at worst case I can convert to $1 worth of STEEM.

It might be a stupid question... but what is the benefit of burning SBD?

You burn it when you promote a post. I think if more people burned the sbd's and promoted their posts the sbd price would rise.

Some people also burn rewards as a way of giving back to the reward pool. It's pretty rare but there are a few who are regularly doing it.

And I tell myself you are well educated when it comes to Cryptocurrency esp steem, but that's a lie(never knew Sbd could be burnt).
Thanks to you I have learnt something today!

Do you mean to say that the sbd being created and destroyed are equalling out?

And that there are in circulation exactly the amount of sbd that are demanded for an effective currency ecosystem?

Meaning in some kindof magical way that everyone has exactly as many sbd as they want and think that they are priced correctly vs all other currencies?

Well they kind of were before the SBD pump, but since SBD started going higher there has been a bit increase in supply.

i dont really get why anyone would pump it, seems the destablization of sbd works against the coin as a currency idk.

ATLEAST $100K NEEDED TO SAVE PREMATURE BABIES IN OUR COMMUNITY HOSPITAL.
We urgently need steemers to contribute steem dollars to save the life of premature babies in our community hospital. Transfers can made to @gangas . If you can not assist with steem dollars, atleast upvote to this comment, your upvote is donation too. God bless the hand that gives. Thanks.