You must have mistaken STEEM for something else... 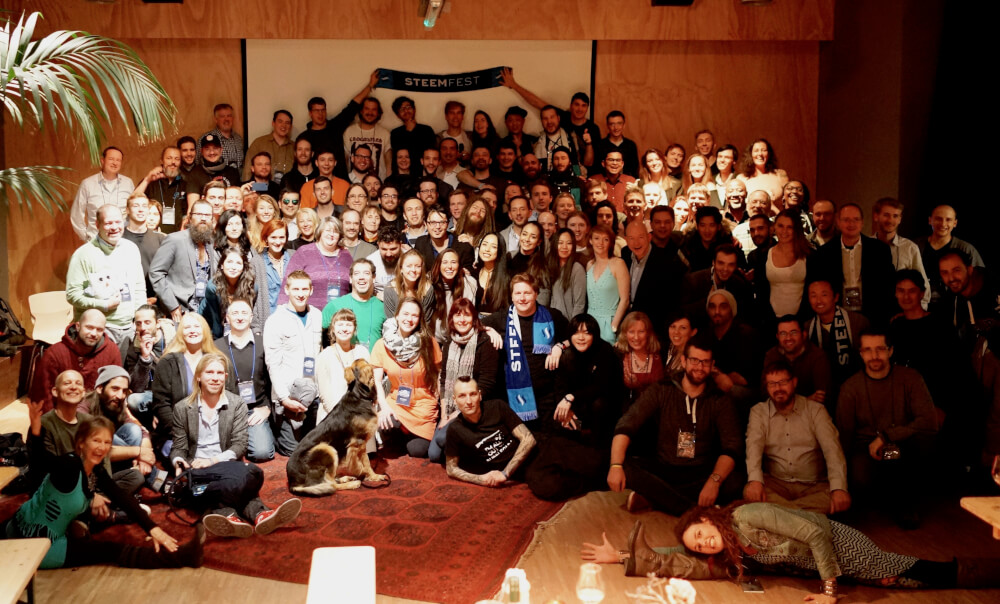 Today I read an article in the Harvard Business Review which mentioned STEEM:
https://hbr.org/2017/03/what-blockchain-means-for-the-sharing-economy

In it the author wrote,

There are already a fair number of applications that have been deployed on a blockchain. Akasha, Steem.io, or Synereo, for instance, are distributed social networks that operate like Facebook, but without a central platform. Instead of relying on a centralized organization to manage the network and stipulate which content should be displayed to whom (often through proprietary algorithms that are not disclosed to the public), these platforms are run in a decentralized manner, aggregating the work of disparate groups of peers, which coordinate themselves, only and exclusively, through a set of code-based rules enshrined in a blockchain. People must pay microfees to post messages onto the network, which will be paid to those who contribute to maintaining and operating the network. Contributors may earn back the fee (plus additional compensation) as their messages spread across the network and are positively evaluated by their peers.

STEEM wants your participation not your money 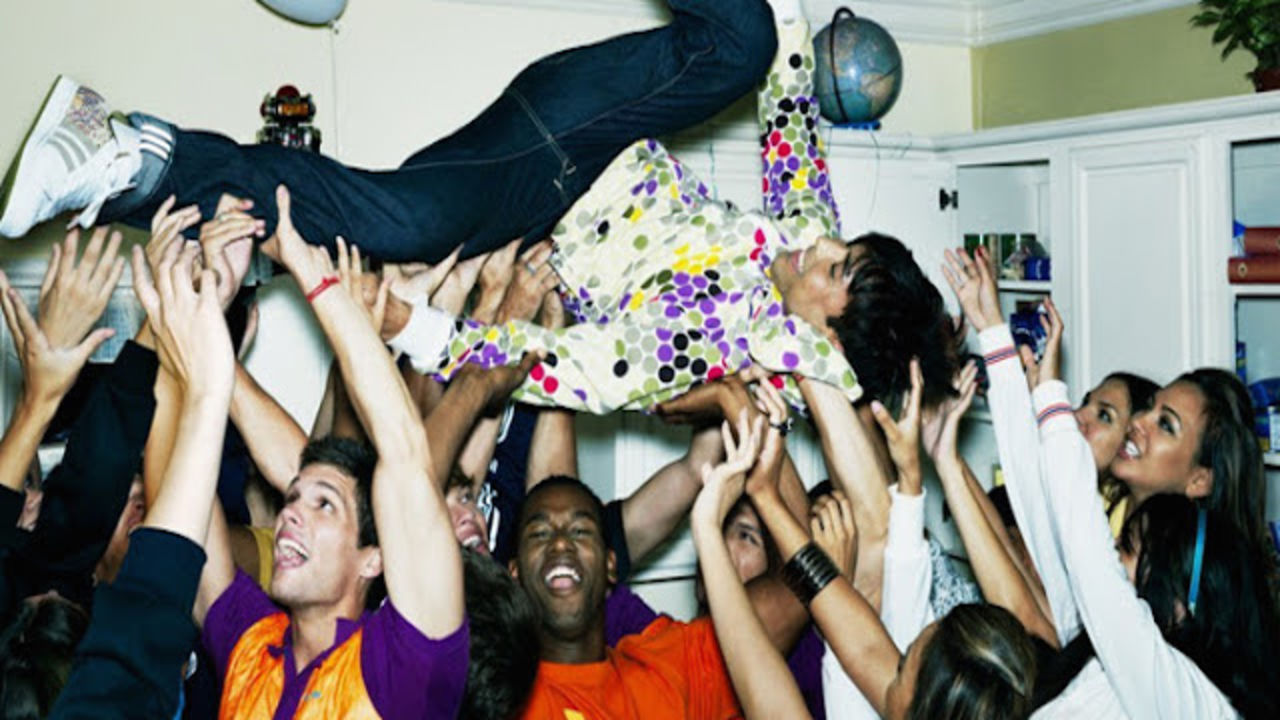 I corrected this misunderstanding about STEEM in the comments:

"People must pay microfees to post messages onto the network" - this is incorrect for STEEM. There is no fee to post messages on STEEM or Steemit, it is free. It is a zero transaction fee network.
People can post on Steemit and earn rewards without any financial risk.

STEEM wants YOU to earn Rewards 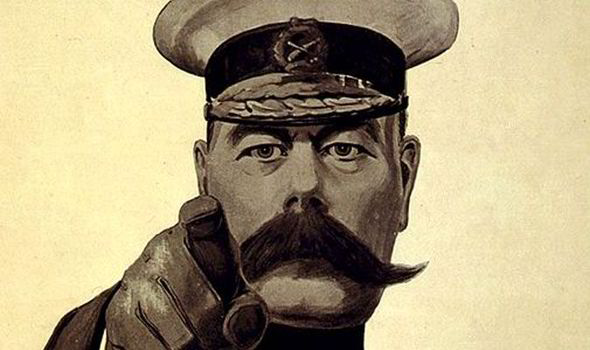 It’s important that when people think of STEEM or Steemit, if nothing else they think of
A

Get Involved and Earn Rewards,

Free of Charge... no strings attached

(And by the way, the community aren’t that bad either!)

The more we can get this message out there the better.

STEEM is the first and the most revolutionary The more we stay in our silo (talking only among ourselves – as fun as that is), the more people will dump us in the same pot as the other blockchain social network platforms.

When I think of other blockchain social media chains that are planning to charge to post or rely on purely on tipping as remuneration, I think non-starter.

When I think of STEEM, free to post (no transaction fees) and rewards (coming out new issuance that is is typically paid to blockchain "miners"), I think revolutionary.

Let’s get the simple message out there as much as we can:

STEEM is Free, it's Fun... and you've got nothing to lose!

Is Synereo running yet? Last I heard it was vaporware.

Last I heard their core team was fighting about strategic direction. From what I could tell, their theory guy isn't very optimistic about development costs and timeframes.

that all changed several months ago. There was a part of their roadmap that was deemed too costly and too slow to implement so it was scrapped.

They have changed direction a few months ago and it is no longer a direct competitor to steemit and in fact could be integrated with steemit.

Much slower....lol. but it wont matter when down the road it becomes more centralized so they can scale. They will still lie about themselves when compared to steem. And will pay shills to lie.

In the end these asses care nothing about freedom and prosperity for the world. They are a bunch of teenage equiv children who care only about "getting rich overnight"

Stronger language than I'm used to from you. Are they really that bad?

Just everything built on ethereum is slower and worse for users. Eth is mostly hype and an attempt to coopt crypto imho. At least if you are not for one coin (without self governance) to rule them all.

But even with that...eth cant scale! Lol...even creator of augur said he wished he hadnt built it on eths tech.

@biophil i have had few respect building relations with "leaders" in the eth arena because of this. Yeh eth is the equiv of what MTV was for the 90s generation...shit painted to look like gold until its so blasted into everyones brain that they begin to think "since everyone knows about eth and its number 2 on coinmarketcap...it has to be the best".

Its all bullshit though. I only wish i would have bought in on it so i could sell it today and buy more steem and bitshares...

I take that back. Eth vm is pretty cool. Like 200 million marketcap cool though...

Very good to hear your opinion on this. Their gold paint has been making me jealous lately... Thanks for the reply!

Thanks for correcting me... I'll give it a go. It always go to have another platform to benchmark against.

Well, let's just all go over there and comment....spread the word to an audience who may happen to be very receptive!

Just have fun and be free; I like that! Soon, I hope we'll be able to tell a lot more people about Steemit.

I agree! I have been holding off until things die down, but I look forward to telling people about Steemit. :)

Welcome to the bitshares and indeed entire graphene community's biggest achilles heel - bs articles by "experts" who prefer to either misinform, disinform or outright ignore us.

This is why chains need to work together.

you've got nothing to lose!

And everything to gain! ;)

and you can also get randomly flagged..for absolutely no reason

Yes...that is not "love flag" but we must receive it even do not like that. Nice!

IMO you guys need to remove the "Free of Charge... no strings attached" line. The only way to get a gratis account is to compromise freedom and privacy. Lengthy rationale:

How Steemit became unusable to freedom-fighters

I agree with you that I don't like to give away my number. But everyone can buy a prepaid card + mobilephone in the supermarket for $10. Or at least in my country this is possible. ;)

In all parts of the world I'm familiar with, that's impossible.

$10 is often the min. price for prepaid service alone. If you consider the US, for example, you could walk away with a phone that is gratis only if you sign a contract that commits you to spending more than the retail cost of the phone over the course of the contract. So it's a steep price and you're also not going to be able to do that without giving up your identity.

At best, one can buy a used phone (without calling credit) for the equivalent of $5 usd. That is still tricky to do anonymously when second-hand markets often block Tor, verify email, and the like. If you manage to get a phone anonymously, the next problem is that all accounts for postpaid service require identity disclosure, and many countries also impose identity-compromising registration for prepaid service. If you avoid that problem by traveling to a country that does not require registration, the next problem is gsm/cdma tracking, which can easily compromise your identity if you're not tinfoil-hat-diligent.

So Steemit accounts are not gratis. The price is your freedom or your money, or (in most cases) you'll give up both.

Thanks for correcting them, I try to do this anytime I see something incorrect.

thank you @nanzo-scoop for this great post and clear message......you are right , i will add that Steemit is like a game, so just come to play and have fun...simple as this. :-)

i think STEEM will be a good revolution!

Well good for you catching that and correcting it.
You would think they would have checked it properly.

So sweet of you to give them the benefit of the doubt, but this could had been done on purpose too.
You don't think the writer could had opened an account and find out there are no fees in the process of researching? Where could they have possibly read payment is needed to post in Steem?

This is not the first time I have seen written up that you must pay for comments or posting content, I remember seeing it written a few times when I was planing on joining like 6 months ago.

Yes, we need millions on Steem to make competion for the huge social media corporate gluttons feeding on our content...lets starve them and migrate to Steemit enmasse.Tell your friends today.

Thank you very much for sharing! The Steem.center wiki article In the news was updated with links to HBR and your post. Thanks and good luck again!

When I think of STEEM...I think revolutionary.

tops my friend, great post. It is exciting to see the light getting bigger and bigger on steem. people on are fire for this right now, the platform is fueling

It is an interesting concept that may catch on and thrive.