Hello guys, Im back again with some big post :D. Its been really long since i make a big artwork like this. Just like usual Ill be sharing some of my process through some of these picture. 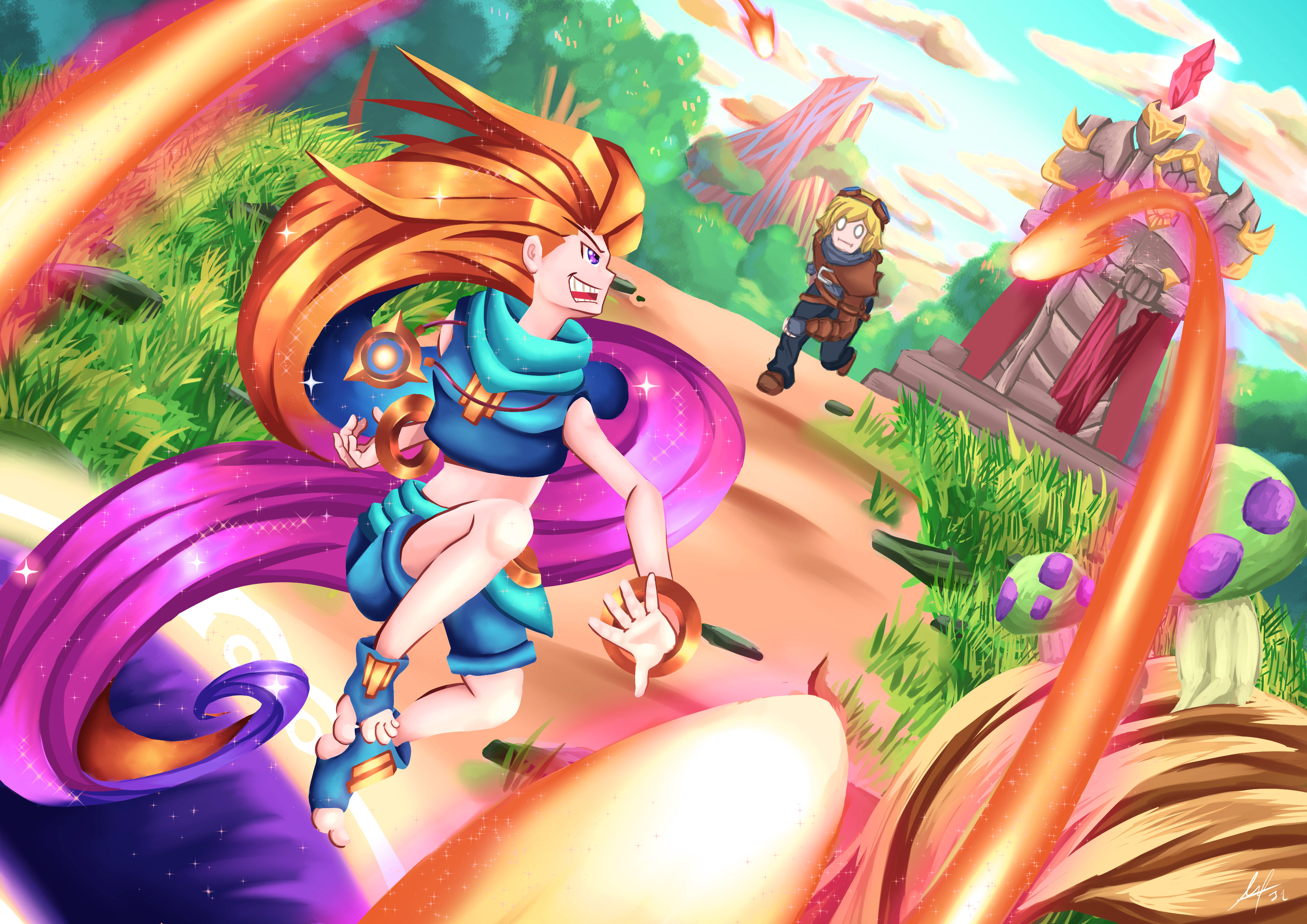 So first of all, Who is Zoe? Zoe is character that is created by League of legends a few month ago. She was a little girl who is really hyperactive in her life. So One day When she didnt attend her class, an Aspect of Targon find her, and somehow have some interest on her. The 'Aspect' is some kind of spirit in the game which rule over something, There is also Aspect of War, Aspect of Protector, Aspect of the Sun, etc. So back to the story, Zoe ran away from her class to go to mount Targon. Im not sure why but I assume that she was trying to play around there just like how a kid should think right? But suddenly, The teachers in her school found her and trying to take her back. Zoe did not want to submit to them, and that is when The Aspect of Targon came in. He offer Zoe some item to help her get out of that situation. Out of all those thing which is weapon, money and other things, She chooses a Tennis ball and throw it to the Teachers. The Aspect was interestes in her more. So he offer Zoe to go to the top of mount Targon.

There is a legend, when some climb at the top of Mount Targon, They will gain Goddess power from the Aspect, As for Zoe case, she merged with The Aspect of Targon. and gain Powerful magic and also mortality and eternal youth. After been away from the earth For a long time (she was wandering in the Galaxy messing around with other planet), She came back to earth with curiosity over teenage boys. Due to her randomness and interest only in her amusement, no one ever knows what her purposes are or what she aims for.

That is actually me playing Zoe in that game XD.

Allright we settle on the Lore, I guess its time for drawing process then. 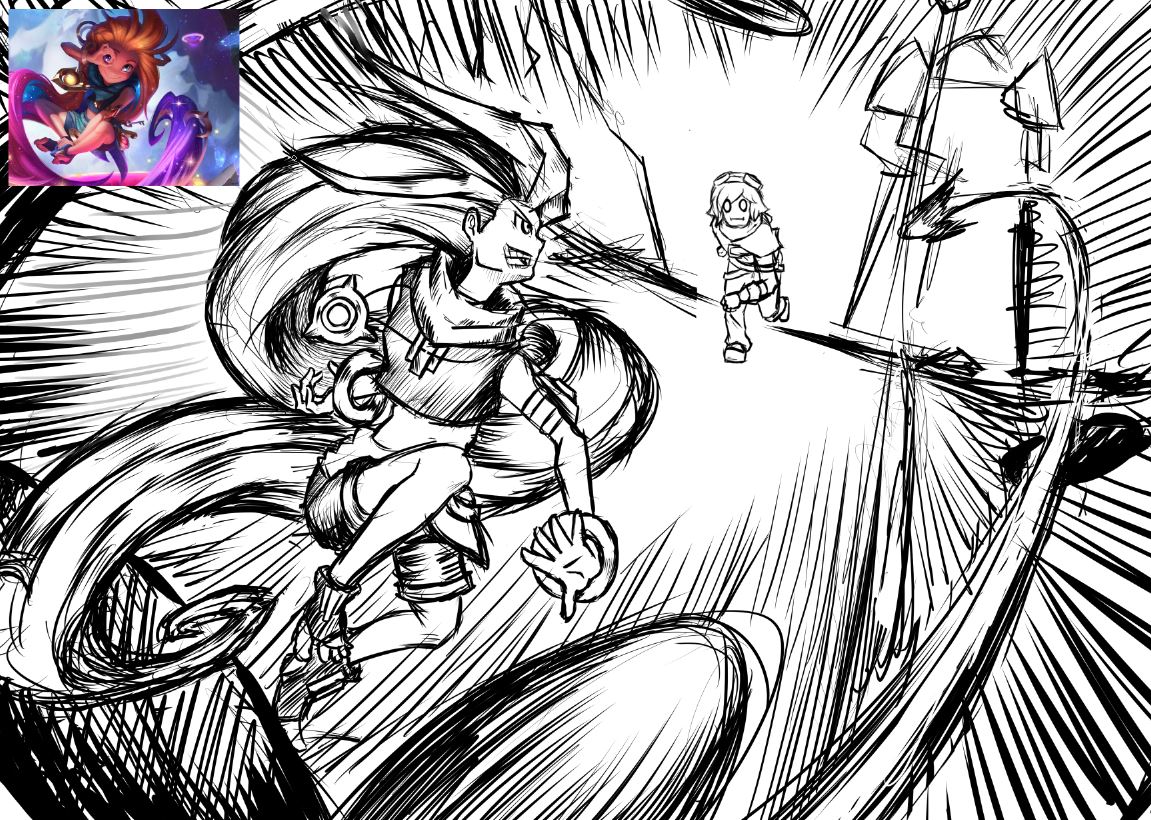 Here is the sketches part That I really take my time in creating it. I personally love the unique composition in it :D probably the best in the drawing for me. just for those who is wondering whose that little boy there, His name is Ezreal one of the champion in LoL to. So for this time, I decided to just straight on coloring my piece, without bothering about making grayscale, because It limit my colour choices. As you can see for the colouring of the character, I will make sure i have my palette first. Then I start Applying it on the character, Then I just blend it the way I want. Im making all these it in one layer. 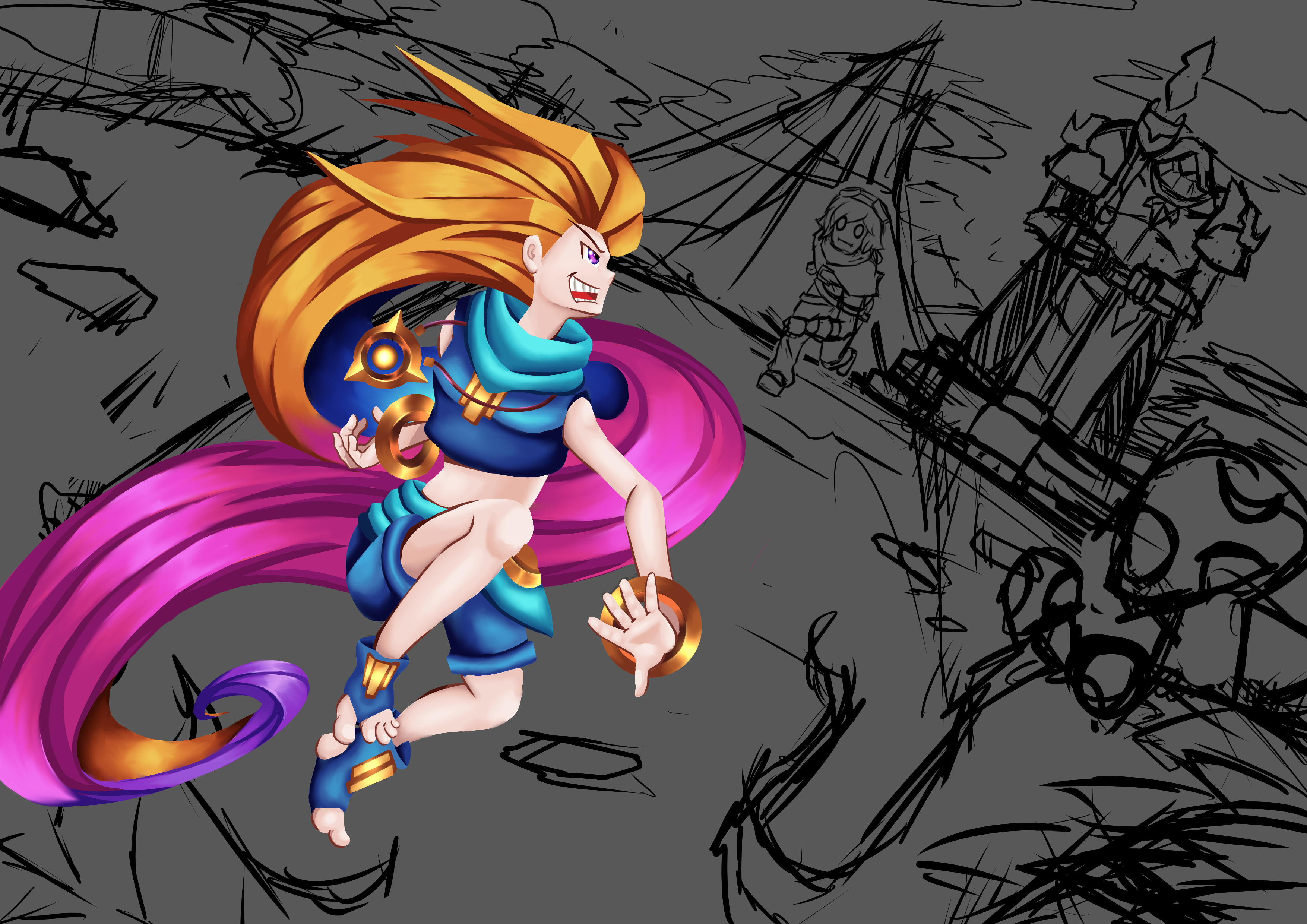 Theres not really much I could share about background. The things is mostly I just tried to copy from real references and just keep on experimenting with many brushes. Also I need to give credit to @Aurah because a lot of his posting been really helpful for me to create a good background. 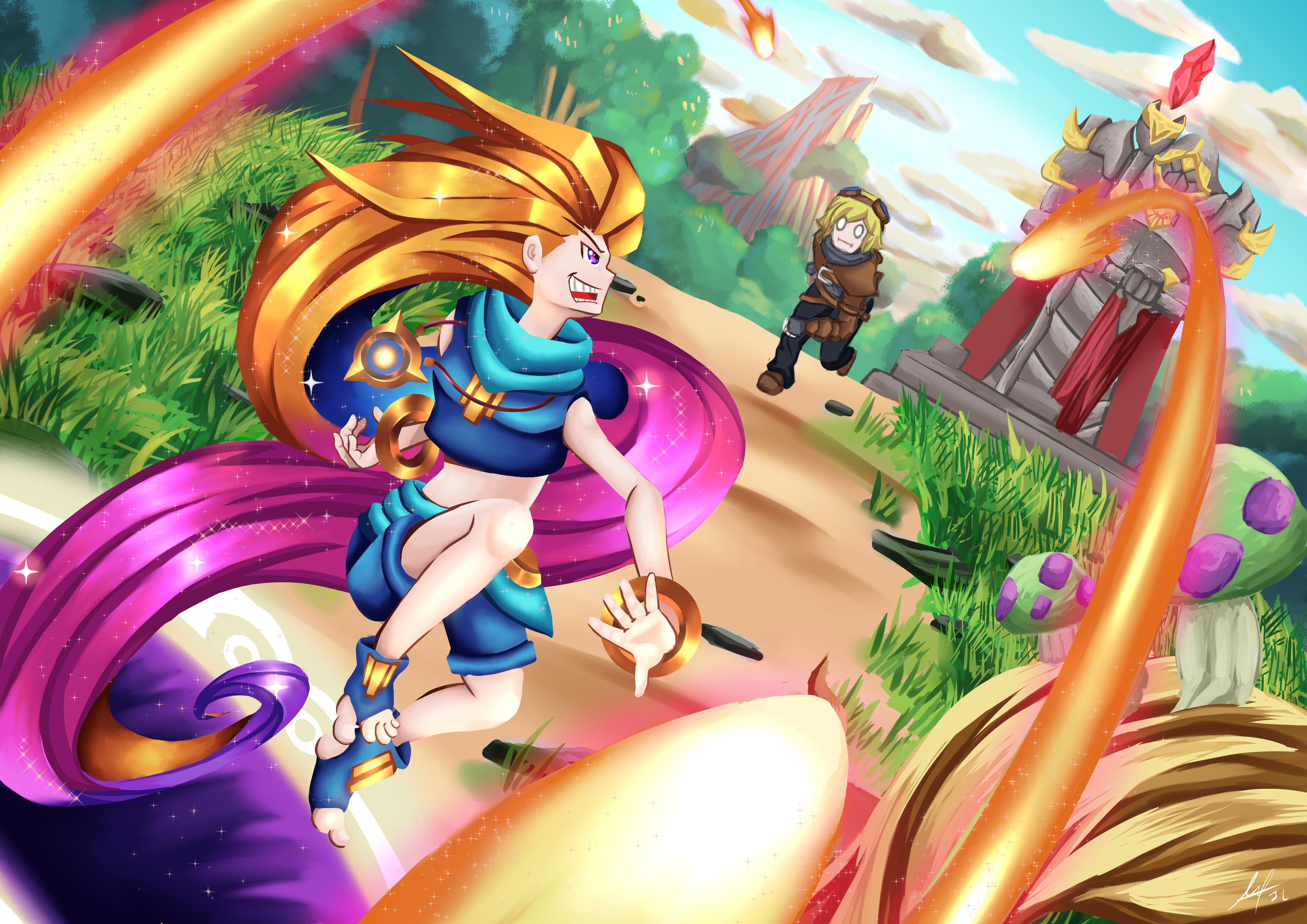 Then just spice things up a bit with some sparkle and also glowy effect at the hair. Also I play around with the Saturation and also a bit on the Hue just to make it more brighter.

Welp I guess that is all from me For this time. Its been a really fun one creating this piece. I wish everyone have a good day, and we'll see again Next time XD.

Looking great, @shuazir! Great to see ya back in my feed

Congratulations @shuazir! You have completed some achievement on Steemit and have been rewarded with new badge(s) :

Love the colors and the dynamic camera angle

Thanks,I like to play with camera angle a lot