So hey guys so ive been thinking for a while about this. It seems that I might have reach my limit in making Original Illustration Ideas. So Im thinking about a break in making illustration, eventhough it hurts a lot to think that It will affect my Yearly illustration schedule. But as much as I hate it, Im also worried about the fundamental in my drawing. I have a series Illness right now which is 'The anime Face' Syndrome (Pls dont search it in Google because I just made that up XD). It means that all my character that im drawing doesnt have anything difference, and I cant even draw a boy or girl face correctly QwQ. What a shame Lewl.

So Im taking an Initiative to make a series of portrait drawing for daily. Im not sure how much Im going to make them, It will depend on how my days goes on IRL. So here is the first attempt of it, I will includde some of the process in making this portrait later on other post, but for this one it will just be this. 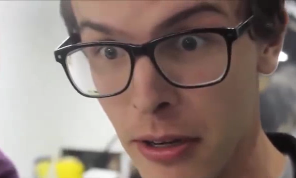 but this is not pencil :C I use digital but Pencil tool is it still ok?