I remember when I was a child, at the end of August, we all settled outside at around 10 pm wrapped in a blanket, well settled in a deckchair, to observe the shooting stars.

There are certain nights where you can see dozens in a few hours.

But what is a shooting star? How is it formed?

A shooting star is actually not a moving star but rather dust particles that penetrate the Earth's upper atmosphere at speeds between 30 and 70 km / s. The heating caused by the friction in the air then pulls the electrons of the atoms: it is called an ionization. This ionization appears as a brilliant trail of light that. 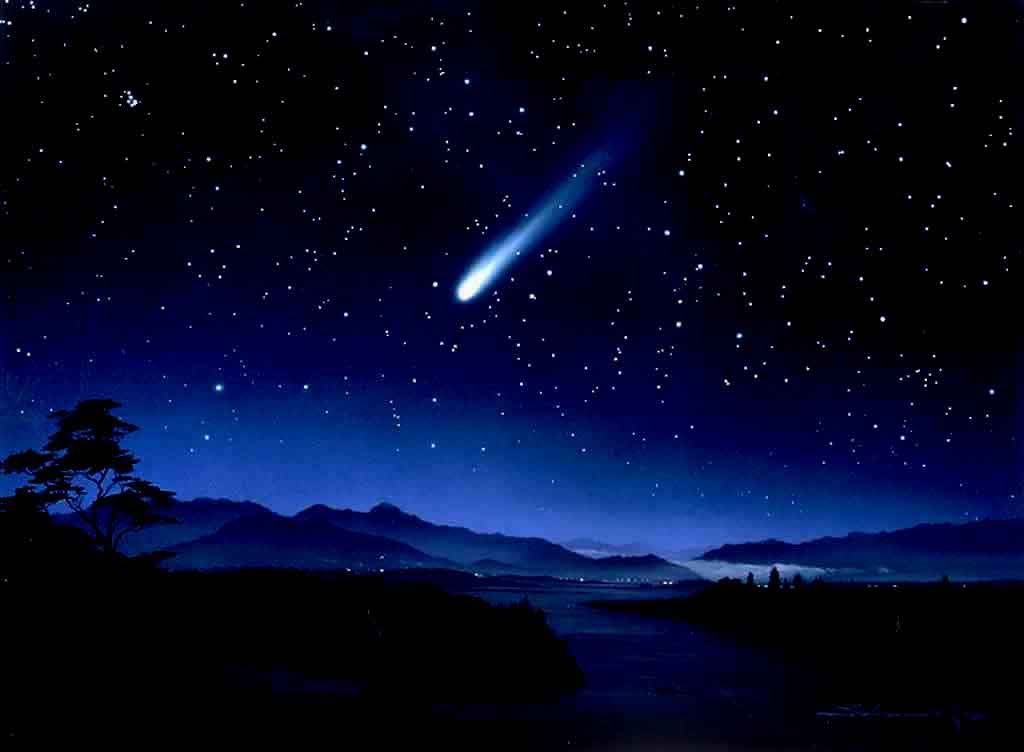 The origin of these grains of dust, no bigger than a grain of rice in fact, is mainly cometary. When our planet, on its trajectory around the Sun, crosses the multiple dusts of dust that comets have left in their wake, meteors rain by the hundreds every hour. We then speak of meteoritic swarm but the term most often used is shooting stars.

These rains are more or less frequent from one year to another, according to the density of the dust current. The most famous of all the falling star rains takes place every year around August 12th. But there is also a beautiful shower of shooting stars easily observable in November. Did you know that the times when we had more chance to see shooting stars were at the end of August and the month of November? Have you ever seen it?

Lovely post. Thank you very much for sharing. My friend recently accidentally took a picture of a meteorite exploding in the sky over Europe. He was making a time lapse at night and only later found out the magical moment in his footage! Nature is crazy sometimes! :)

Nature always wears the colors of the spirit.

Congratulations @lndesta120282, this post is the seventh most rewarded post (based on pending payouts) in the last 12 hours written by a Superuser account holder (accounts that hold between 1 and 10 Mega Vests). The total number of posts by Superuser account holders during this period was 1426 and the total pending payments to posts in this category was $10511.42. To see the full list of highest paid posts across all accounts categories, click here.

with my own eyes, I have seen a very strong and bright starspell several times, I will honestly say that it is magical, it is very interesting to watch ... it was also interesting to read what you wrote, thank you)

wonderful videos
i like your post,thanks for sharing
have a nice day @lndesta120282 Thank you for sharing. Honestly, I actually thought shooting stars are moving stars. Good to know it is just a dust particle. Thanks for sharing your information and i like your vedio....upvote complete...

This is really a nice post about the kids chilling

Soon I go and try photography stars too :)

wow! It was A wonderful Video. Thanks For share

Nice post! The pictures of the twincle stars are colourful. I follow and upvote you. Do same for me.

Nice post! I never saw a falling star before 2017..... Because I never paid attention to it, this year I have seen over 10 falling stars, and I can say that some wishes already came true!

this is amazing! truly magical

Spectacular.. Have you ever watched meteor shower? I took a summer coffee and watched the fantastic show of the stars at night.

yes many time at the end of august ;-)

this is cool , in some Nigerian communities little children are made to believ that shooting stars are the souls of departed ones. I FELL for it as a child but Ive changed my views about shooting stars

The legend says that if you see a shooting star, you can make a wish.

Where was the location you watched the stars from, northern Europe?

Flemish or French then? :)

I would love to see a star shower, I have yet to!

It's bolide.
So wonderful.
Have a nice day, friend.

The sky gives us the most beautiful views in the world! I'm glad we have the opportunity to shoot them

Let's hope for something and make a wish For this new year :)

Wow wonderful captures..tq for sharing.. it is very intresting to watch..@indesta120282