It doesn*t matter what SHE did!! Its never okay to HIT a woman, EVER!!! 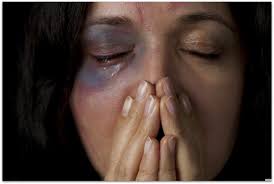 Men should never hit a woman for no reason, i believe a real gentle man will prefer being called a coward then him hitting a woman, no matter how you want to look at it i believe there are so many ways to resolve issues than hitting a lady,.

Yeah i know as an individual you re entitled to your own opinion but i dont really care about who you are or where you work the day you raise up your hand to hit a woman you have practically killed the man in you.

I hear most women saying if their man dont hit them the relationship dont go stronger, most women say there like their man hitting them it makes them love him more. trust me in as much as i hate fighting the day any man hits a lady he has practically killed the man in him.

A man who physically abuse a woman is not worthy to be called a man,believe me there is no good reason for ever hitting a woman.

to me nothing is weaker than a man who hits a woman, if you want to show how powerful you really are ,please protect and make her fell comfortable with your strength because anytime you mistreat a lady, you are literally giving up your right to be called a man.

in my own opinion a man should use his hands to hold a woman not hit her because It doesn*t matter what SHE did!! Its never okay to HIT a woman, EVER!!!

You got a 20.00% Upvote and Resteem from @ebargains, as well as upvotes from our curation trail followers!

Not a good idea to hit woman as you said but for those that understand the concept. You can never compare someone in his right senses with someone e who has drunk himself before getting home. I think you should know what both can do on getting home.

thanks for the reply @harctor but real men dont drink out of thier Gage... have you ever head that the president of your country got drunk?

You are right but let's be sincere, we are not equal. Some men are having animal characters ( she_goat) . The prayer that every woman will be praying is that they should be given the right man. Once that is done, all is settled .

It's a no no for me, hitting a woman for love? for strong relationship that's incredible. I like your article.