On the 20th of February this year, I woke up, went about my daily morning routine and then went to cut my hair. The first picture below was taken about an hour after I cut it. 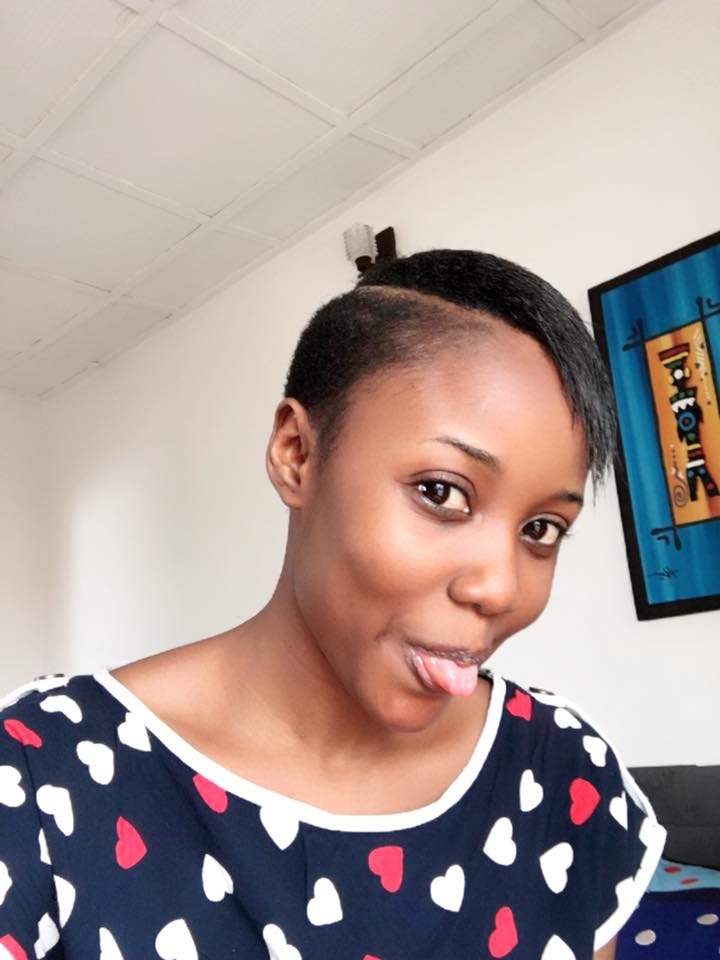 WHEN I CUT MY HAIR

I only told two people that day, and until the day I made my first public appearance with the hair one week later (the day I hosted my event at Social Media Week Lagos), only my mum, my sisters and two friends, knew.

I didn’t tell anybody before I cut the hair, only after. When I did, all they could say was, “It actually looks really nice”. In fact, I got raving compliments most of the time.

Funny thing is that for the past two years, I had been singing about wanting to cut my hair to these same people and they all said no. Those who know me before the hair cut, know how long my hair was. See the second picture below for reference (yep, that was my actual hair before I cut it).

Now, because of how good my hair looked then (plus a couple of other factors that may or may not have necessarily been related to my size), everyone kept telling me not to cut it. I remember my mum even threatened me one time. I listened to them for two years.

It was later I decided that if I was to do it, I did not need to seek anybody’s permission to do so. Telling people only delayed me. I knew why I wanted to cut it and I was doing it for me, not for anybody’s approval, so I gave myself the permission and went ahead to cut it.

WHY AM I TELLING YOU THIS?

There are things you want to do now, and you’re telling people what you want to do; but everyone is telling you not to do it because they are unsure of how the future will look if you take that action.

While it’s good to listen to people sometimes (especially people who are in a position to give you advice), you need to understand that many times, they’re advising you based on their own belief systems about themselves.

If someone tells you not to start a business because you will fail, you need to ask yourself, “Is this person telling me this because they know me well enough to understand my capabilities in handling this business, or is it because they themselves do not have the capability to succeed if they do it?”

Remember this: “What Susie says of Sally, says more of Susie than Sally”. People’s opinions about you are mostly the things they feel about themselves.

So the next time you feel in your gut that you should do something, give yourself the psychological permission to do it, rather than wait for someone else’s approval.
Now go live your best life. WHEN I DIDN'T CUT MY HAIR