It's Not Always Sunny in Oklahoma City

If there's EVER been a time a team would want to beat an easy foil it's tonite in OKC vs the Suns. Why? OKC is on the "2nd round bubble" right now. What we mean by the 2nd round bubble, is OKC is batting 7th in the West right now which means they'd play either Golden State or Houston in the first round of the playoffs. If you're going to send your boys to the playoffs, nothing's worse than getting dunked-on in the first round-- both Houston and GSW are going to want to 4-0 the first round for sure. Nothing would piss off OKC more than all that off-season activity only to one-and-done the first round of the playoffs-- it'd be good for NOBODY. Westbrook would probably bite a turnbuckle (R.I.P. George the Animal), Melo would cry himself into retirement, and the OKC organization might fully implode under the weight of too many promises to Westbrook. So WIN they will tonite, it's almost 100%; the only thing preventing a win tonite in OKC is a fix, and we just think the stakes are too high for THOSE kind of shennanigans. You love Phoenix's 1-9 record in last 10? Fine, take the 10 points (-110) they're giving you, but if you just want free money-- OKC to win, the odds you're getting hardly matter. 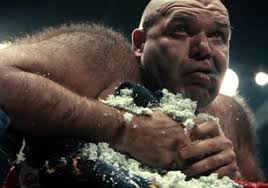 Let's look at other reasons behind the trade:

You know what? Forget the rest, this isn't even worth the time, just take OKC moneyline to protect against point-shaving, and call it a night. If we're wrong on this one, you should consider (and we will too) never betting again on an NBA regular season game.

Oh, and they HATE playing Alex Len which is PREPOSTEROUS! To heck with the Suns Nice call, we made a nice sum with you on this.

Thanks man, you're the only one left but you really don't count. We're right back to being a dog barking at passing cars-- barking into a vacuum. crickets...

Hey tenhanger, we’re working on a new sports-related project that will be a lot more robust than SportSteem. You mind speaking with our team to make sure we’re designing a product you’d want to use? If you’re down, please email us at [email protected] Thanks man!