We've been high on Rajon's Pelicans all playoffs, and not stopping now. Curry may be back, which would be a huge factor, but we'd be relying on some team-rust at GSW, while New Orleans has been firing on all cylinders thanks to Rondo bringing this team together. If Curry DOESN'T play, we have New Orleans as the better team (but that could change if they lose this game badly) right now. 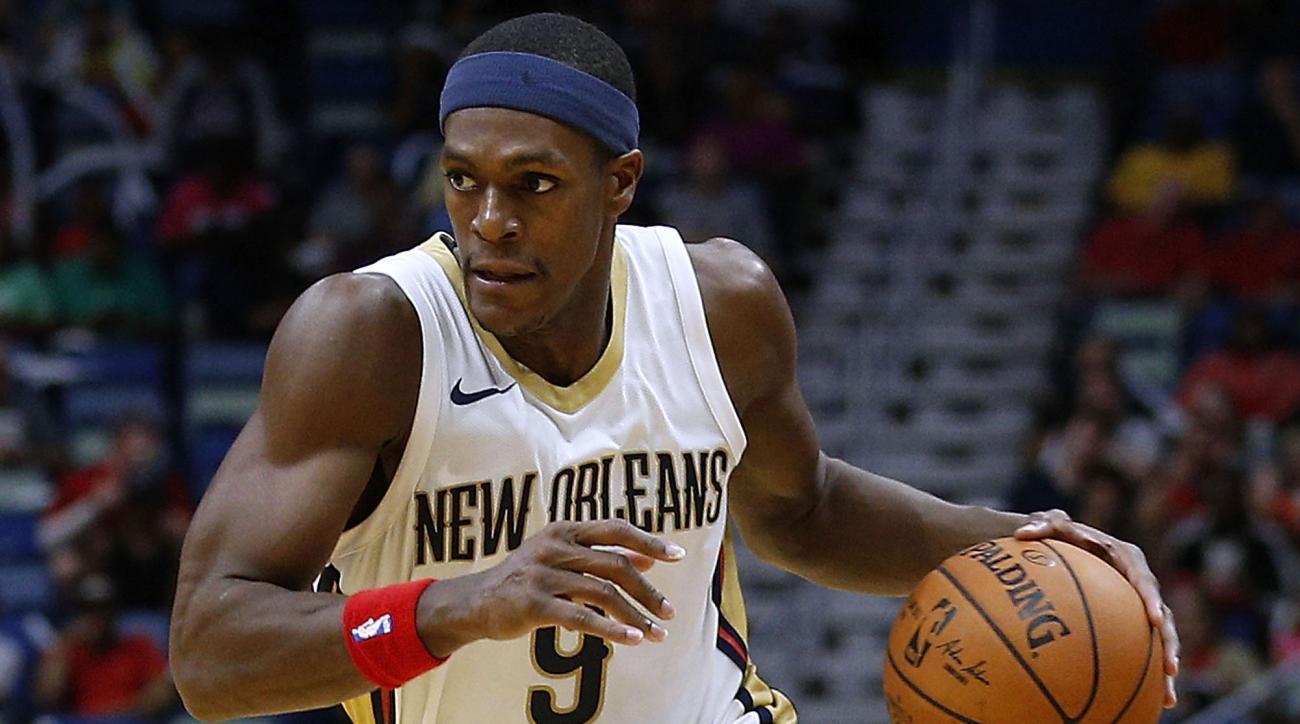 Pelicans will probably never play better than this, Rondo is the ideal kingmaker to any team with lots of talent, and Anthony Davis and Jrue are a LOT of talent, and Holiday has come into his own like Oladipo is doing for Indiana.
But bettors don't give Pelicans any credit, which is why you're able to get 9.5 points right now. It might actually get better as gametime comes tomorrow, so might be better to save some bullets for tomorrow night right before gametime as all the amateurs take the obvious GSW bets. Until proven otherwise, we REALLY like the odds here, but some of this will depend on Curry playing or not.

A. Golden State is playing below previous years, but maybe it's bc they just don't care about the regular season? ## This bore true a bit in the San Antonia series, as GSW man-handled San Antonio better than we expected. However, Pops did a pretty god-awful job of allocating minutes (Parker doesn't need any-- Tim Duncan would add more to this team right now), so we're confident New Orleans won't have that problem. But again, Curry the big IF factor, along with whether Golden State has been saving up all season for the playoffs. In any case, we think New Orleans is being overlooked by everyone, and we doubt GSW will take them seriously enough, in game 1.

GSW have the big bench advantage here, as Quinn Cook and Finals MVP Iguodala are serious winners. As Judge Schmails wife might say about New Orleans bench "... and you guys just look like a couple of BOOOgies"
https://chethondo.wordpress.com/2010/05/11/id-like-you-to-meet-chuck-schick/ Always a concern, but particularly when playing "America's Team" the Golden State Warriors. The Warriors are celebrity status, and everyone is pulling for them in basketball bc fans wanna see if they can win or some other team with famous players can take them down. Nobody cares much about the popularity of Jrue, AD and Rondo, ok, well maybe AD a little. But they aren't as marketable as Curry, Klay, KD, Iggy, and Draymond. Let's just say, sometimes the famous guys get some calls, and you have to sometimes account for it. But game 1? Come On! Let'm see what they can do all on their own merits, right?

We forgot in our haste to say bet size, it was 1.0%. We REALLY wanted to double that, but our wrongness in the SAS series prevented it.
We will likely reverse course based on this game— and not trust our process due to GSW playoffs play being a LOT better than their regular season play.

A few details on this lopsided win by GSW:

#1 Foul Trouble for one of NOP's big 3: Jrue Holiday. This cut his minutes down considerably, and thus affected the score. Ref bias? We think there might have been a little, but probably just normal hometown favoring, not anything clandestine.

#2 Shooting% It's always hard to tell if a team just shot better/worse, or the defense was the cause, and this game is no exception. GSW shot VERY well from 3, whereas NOP did not. This would account for about 8 points if equalized, still not enough to make our pick correct, but a lot closer to accurate.

#3 Bench Bench BENCH!
We mentioned this risk factor, and boy did it come true. Suddenly Looney, Quinn Cook, and even Shaun Livingston (who always seems to be able to win a playoff game all by himself once in awhile) just looked dominant over Ian Clark, Darius Miller and Solomon Hill. Where the heck does NO get these guys?!?!

Overall, would say we got this one wrong for reason #3 mostly, but also bc our system doesn't account for "luffing" during the regular season (isn't that a sailing term?). The teams who could've luffed this year during regular season were the teams who are almost automatic for the playoffs-- GSW and Cleveland.
Very hard to get those games right, so we keep the bet sizes small with those games. (and then Cleveland we also keep them even smaller due to the tendency for extreme ref bias-- like Sabonis and Myles Turner fouling out of a frigging game 7!????? bc who wants to really see Toronto-vs-Pacers series?)

I believe out of all the major sports, NBA has the largest home town bias. There are so many 50/50 calls that happen in a basketball game, and they almost always will lean towards the home crowd. I would really like this series to be close, Jrue Holiday will need to out play Klay Thompson for that too happen (easier said than done)

Side Note: we made nice money betting game two, and getting 11 points if memory serves.
Some are saying AD might have a shaken-up ankle, and this could affect how Nah Owlans performs at home the next two games. Expect them to be "spunky" either way, but talent is talent...