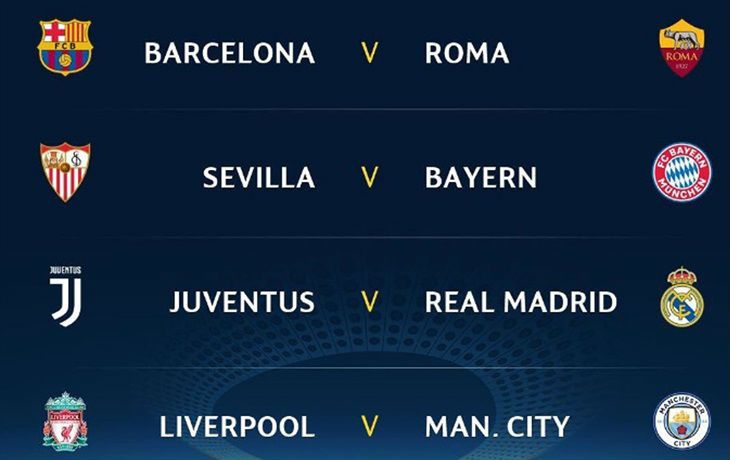 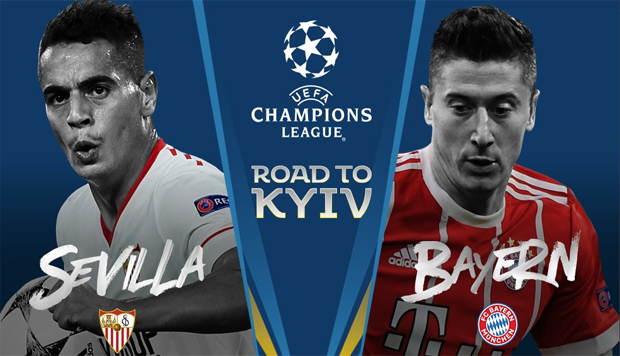 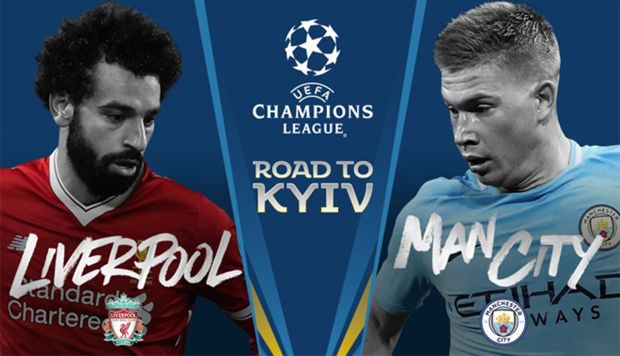 Hello friends, in this opportunity I will analyze a bit the quarterfinals of the most important club tournament in the world: The Champions League.

Next Tuesday will begin to play the first leg, where the best eight teams in Europe will be measured looking to stay alive, heading to the final in Kiev. Real Madrid, Juventus, Barcelona, Rome, Manchester City, Liverpool Bayern Munich and Sevilla are in competition so far.

In the first key, next Tuesday Real Madrid will visit Turin to face Juventus. A set of Madrid that has the Champions League as its maximum goal, after not being able to transcend in Copa del Rey and have almost impossible to conquer the League, due to the advantage in points that has Barcelona.

This weekend the white team warmed up the engines, and without Sergio Ramos, or Cristiano, he beat Las Palmas without problems as a preliminary exam to his continental commitment. However, he will face a Juventus team that is inspired after leaving on the road to Tottenham in the second round, and also remains in the lead of Seria A in Italy. This is one of the two most complex keys due to the current situation of both teams.
Juventus will try to get a positive result at home, but the merengue team has credentials, and guided by the Portuguese Cristiano Ronaldo, tend to grow in this tournament and could be getting a positive result of visit, so I see Madrid as a favorite.

In another of the keys, on Tuesday Sevilla will receive at the Ramón Sánchez-Pizjuán Stadium, Bayern, a German team that is a solid leader in the Bundesliga and waits just one day to be crowned. In the preliminary phase the Bavarians thrashed Besiktas to transcend without problems, while Sevilla continues to demonstrate a good level of football and left on the way to a complicated Manchester United.

This weekend the Spanish team was measured by League against Barcelona, which was winning 2-0 during 88 minutes of commitment, but due to passivity and defensive errors could not take the victory to come with confidence to the commitment of Champions. On the other hand, the Bayern is inspired, after thrashing in the classic 5-0 to Borussia Dortmund, and find just one day to crowned in Germany.

In this key I give Bayern as a favorite because of the good rhythm that this semester has been showing, but I do not want it to be an attractive match, since the Spaniards can give the surprise and get a good result in the first leg due to their locality.
In the following commitment is Barcelona, which undoubtedly has one of the most accessible keys among the eight, as it must visit in Italy to a set of Rome that left in the eighth to Shakhtar Donetsk.

The Spaniards are leaders of the Spanish League with a solid advantage of 9 points over Atlético, and they also remain INVICTED in the current campaign. That is why I believe that there is not much to analyze here, because guided by Messi the Catalans have a foot in the semifinal, and must overcome this key that seems only protocol.

To conclude we have in my opinion the most closed key of these quarterfinals, Manchester City against Liverpool. Duel of English, the leader of the Premier against the third.

Those directed by Pep Guardiola are also having a dream semester and have 16 points of advantage in the leadership of the Premier. However, Liverpool should be measured, a team that commanded by striker Mohamed Salah, has been the only team that has been able to beat him this semester.

The key will start in City's house next Wednesday, and in this match I do not want to give favorites since anything could happen and that's why it's for me the best key of these quarterfinals.

The second legs of these Champions' quarter-finals will be played on April 10 and 11. Before I say goodbye I ask you for yourself Who are your favorites? Comment below.

Thanks for reading this new publication, we meet again in my next post.