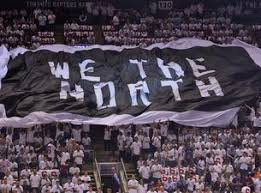 Fans who watch the NBA on the regular, already knows the consistent over the top coverage teams like the Cavs, Rockets, Warriors get on nightly basis. If your're fans of those teams then stop reading this blog now, give a brother an up vote and be on your way. Because you know its the truth. TNT, First Take and the other cohorts of basketball talking heads can't stop themselves. It makes you wonder if the other 20 plus team actually exist. It sounds like a three team league and the rest are orphans left on mars to colonize the red plant. I am actually laughing too myself right now. Good ol' Shaq with some advance space suit on trying to hit a foul shot . He probably do better than his career average 58 percent from the line. Anyways, I must get focused.

Shaq, Kenny Smith, Max Kellermen, Stephen A Smith and Paul Pierce. Yes, for you causal fans. Paul Pierce is NBA analysis. Jesus H Christ- He has to be the worst analysis on TV and a clear example why some ex -players shouldn't do TV. But besides his total ineptness in front of a TV screen. He also has a hate on for the best team in the eastern conference. And he is not the only one. No matter what talking heads mentioned above will say, it's never good for the Raptors.

Its the same story every time. Great regular season team but can't do it in the playoffs- conversation stop and therefore not a contender. Wait now. First of all, what is wrong with being a great regular season team! Can you manage being a Knick fan. Holy Shit! Paying that much money for a game ticket and not winning games. The Raptors are a 60 win team this year. The last 5 years are averaging 50 wins. Got two guards that are all-stars and the best bench in basketball. That not including the top 5 rated defense and offense. That just facts. Go Knicks Go. Let bring back Patrick Ewing from the dead. Here is an idea. Why don't we help Paddy get a hook up with a "Stem Cell" doctor in Germany. Don't get me wrong, I am Patrick Ewing fan, I'm just say'n.

Concerning the playoff issue. They lost to the Cavs in the east conference finals in 7 games two years ago and lost to them in the second round last year. So what. The rockets have lost in the first round in the last 3 out 5 years. But TNT boys makes it sound like the Rockets are the second coming. I mean- if you look James Harden he does have a cool looking beard. Its official. James Harden is black Jesus. But seriously- what is going on here. Raptors can't get any respect.

Is it just basketball? or something else? Is it a cultural difference between Americans and Canadians? They are all about me and we cry like little children for their attention. Or is it the NBA oligarchs who don't want to see anything but a Warriors and Cavs finals. Maybe, it's the money. TNT don't want to spend the money on production to go to the 6 during the regular season. It hard to say but there is bias here. Every time the talking heads from TNT or First Take get on with there fake news. Ya I said it. Fake news. They not only miss the point with Raptors, it seems they don't even watch the Raptors. They cant even name guy off the bench without a prompt. The only analysts so far to do a fair critique of the Raptors is Grant Hill and Issiah Thomas on NBA TV.

Regardless- the talking heads better get ready with there suitcases. The NBA finals are coming to the 6. Justin Bieber is singing O' Canada and Prime Minister Trudeau or who we like to refer to as "Mr. Dress-up". Will be ready with his full basketball gear including knee high sports socks and tensor support elbow sleeve. I swear its Gods Plan.