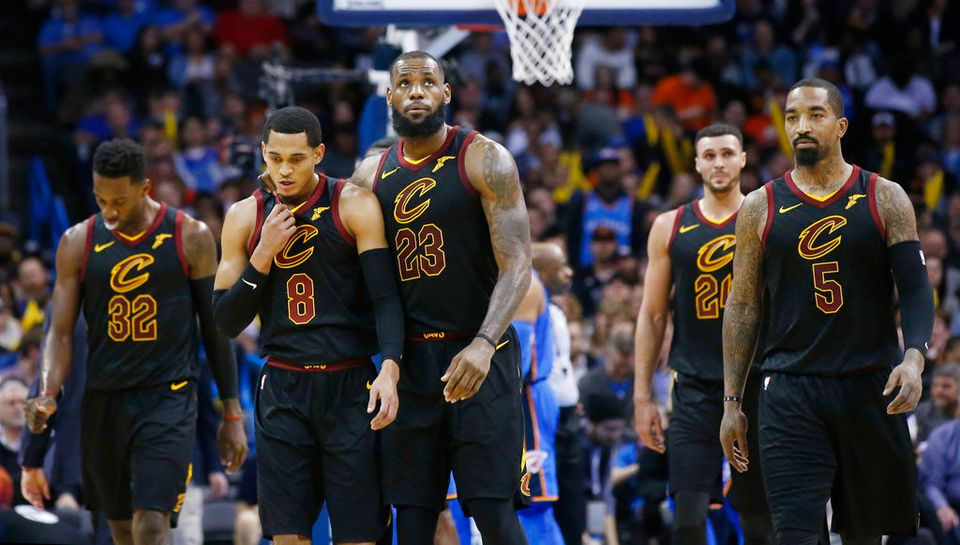 This is not the team we have seen earlier this year. The team that rolls over and dies when their opponents go on a run. The team that stops cutting on offense and switching on defense. These Cavs have been reborn.

Now, heading into the All-Star break, winners of their last four, this team looks like it has new life. Believe it or not, this run has been the first time in franchise history that Cleveland has scored 120+ points in 4 straight games.

LeBron James flirted with another triple-double, posting an amazing 37-8-8 statline that is somehow ho-hum for him now. Four bench players, including 3 of the newly-acquired members, scored in double figures, and JR Smith got back to his "Swish" ways with 18 points off of 6-9 shooting from three-point range. Newcomer Larry Nance Jr. tied a career-high 8 offensive rebounds, keeping many possessions alive for the Wine and Gold. These players, new and old, have bought into the team, and into LeBron James. They are cutting hard, being active on defense, and just playing good fundamental basketball. Bottom line, these Cavs are fun to watch, and have taken it straight to two of the best teams in the league the last two games.

And they finally have a good defensive player in George Hill who knows how to play defence as opposed to Isiah Thomas. Now, I think that they will win the Eastern Conference.

Thanks! I agree that getting a capable defensive point guard was a must. Without a true rim protector, you need to have guards that prevent drives. They should get through the East, I'm interested in seeing what happens in the West, though!

From the last few games Houston looks powerful, but I still think that the Warriors will be in the final.

Any team with LeBron is going to make a run in the playoffs. It's incredibly helpful that they got considerably younger with players who're hungry. But this success feels like a honeymoon period. Let's see what happens when they hit a rut or LeBron takes a night off (literally or figuratively.)

Regardless, nice post. Looking for more like-minded NBA fans here. Upvoted and followed (looks like we have some similar interests). Thank @krimka for the retweet!

They are definitely in the honeymoon phase now, guys are energetic and active. Hoping that carries on to the playoffs since they got a lot younger and less proven. These young guys realize they have a legit shot at a title, hopefully it keeps the drive going. It will be interesting to see how their half court game evolves in the playoffs when everyone slows things down. Thanks for the support!

And the adjustments that have to be made in a long series. That's where I think they'll get exposed. Now the big question is.... is this All-Star game going to be worth watching or not?

I usually peek in on them, I'll be watching the dunk contest, if only to root on Nance. It will be interesting to see LeBron on the same team as KD and Kyrie.