Take Me Out to the Ball Game!

Have you ever been to a minor-league baseball game? I had the opportunity to attended such a game today, so I thought it might be a good chance to offer some Steemit sports reporting!

Short version: I recommend it. I think it's more fun than major league games, although the player skill is often a bit hit and miss. Specifically, today wild pitches hit batters, and batters missed hitting pitches. More on that later...

The Spokane Indians were hosting the Hillsboro Hops at Avista Stadium. Both teams are members of the Class A Short Season Northwest League, a minor league where players get their start in professional baseball. The Indians are affiliated with the Texas Rangers, while the Hops are under the Arizona Diamondbacks.

It was a hot and sunny day, with 92°F reported by the announcer at the start of the game. The crowd was a bit sparse, but that's not especially surprising since was a Sunday afternoon game. 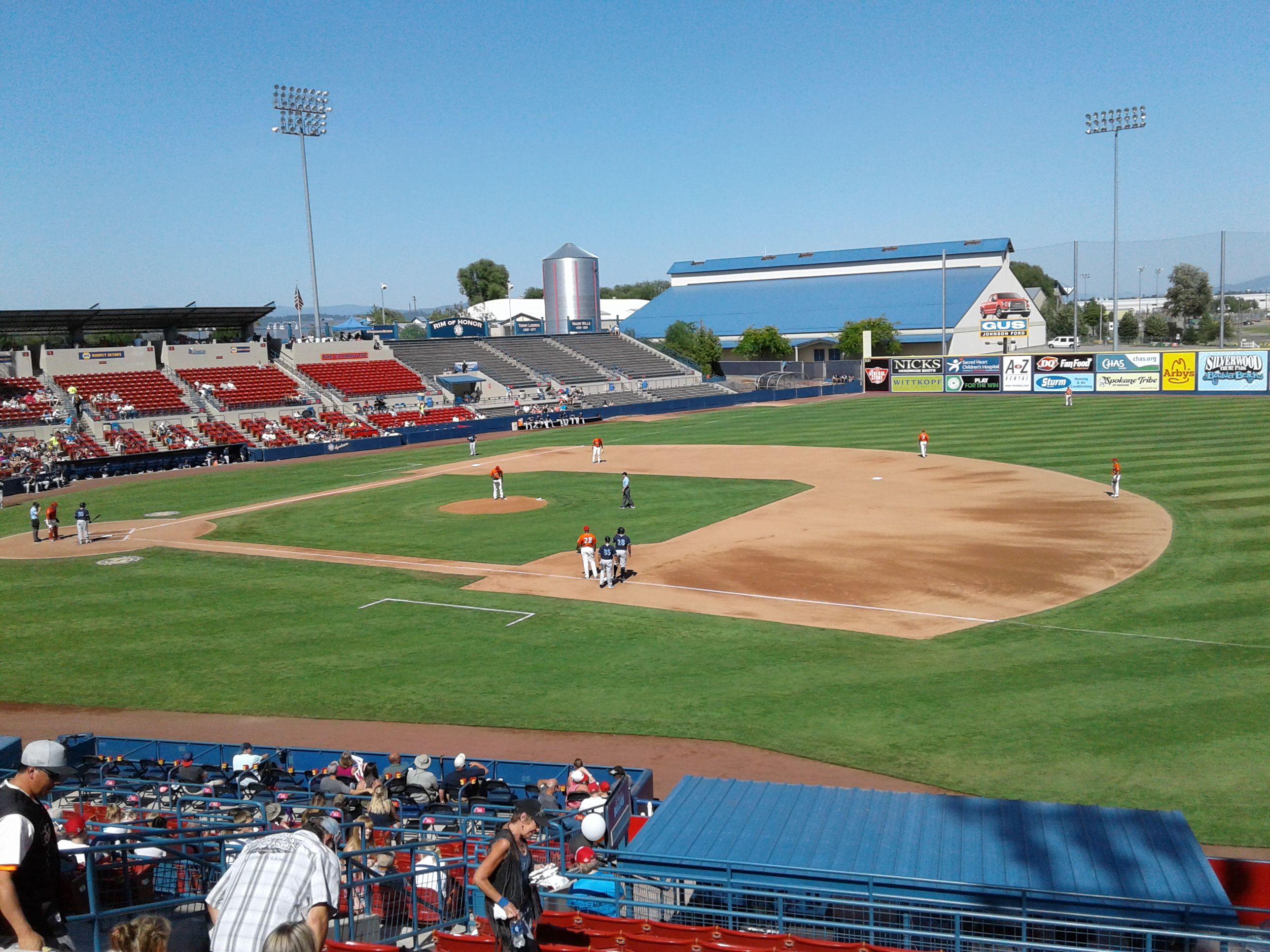 The first three innings were scoreless for both sides, but the Hops were getting hits, and the Indians defense couldn't catch everything. The Hops scored a single run in each turn at bat during the 4th, 5th, and 6th innings. Then they got four in the top of the 7th, securing a seven-nothing lead.

The Indians had several errors throughout this game, and that along with the lack of base hits left them in bad shape. That's not to say the Hops were blameless. A lot of Spokane players got free bases from being hit by wild pitches, and it looked for a moment like there was a real possibility the Indians would get a run before they got a base hit!

Spokane finally got some points on the board beginning in the bottom of the seventh with a single run, and another run in the 8th inning, but this was too little, too late. Hillsboro picked up one more run in the 9th, and Spokane couldn't answer at all, so the game ended 8-2.

Minor league games are a lot more entertaining than major league games between innings. There were several sponsored events on the sidelines where people participated in wacky contests sponsored by local businesses. The local paper sponsored a paper tossing game, the local Ford dealership sponsored a radio-control truck race, and a tire shop sponsored a tire rolling race among other events. Kids competed and prizes were handed out while the teams traded places on the field and ran through some warmup throws.

Today's game also featured the debut of a new mascot, a yet-unnamed Redband Trout representing Spokane, Avista Utilities, and other organizations seeking to reverse the population decline of river trout. This mascot stood in the left field corner of the stadium and occasionally ran into the outfield, but avoided the stands and crowd. This is not the only mascot in the stadium, though. There's also Recycle Man! He even roams the stands to collect trash when he isn't performing silly antics for the crowd! This guy is also a complete goofball, and he seems to enjoy his job. 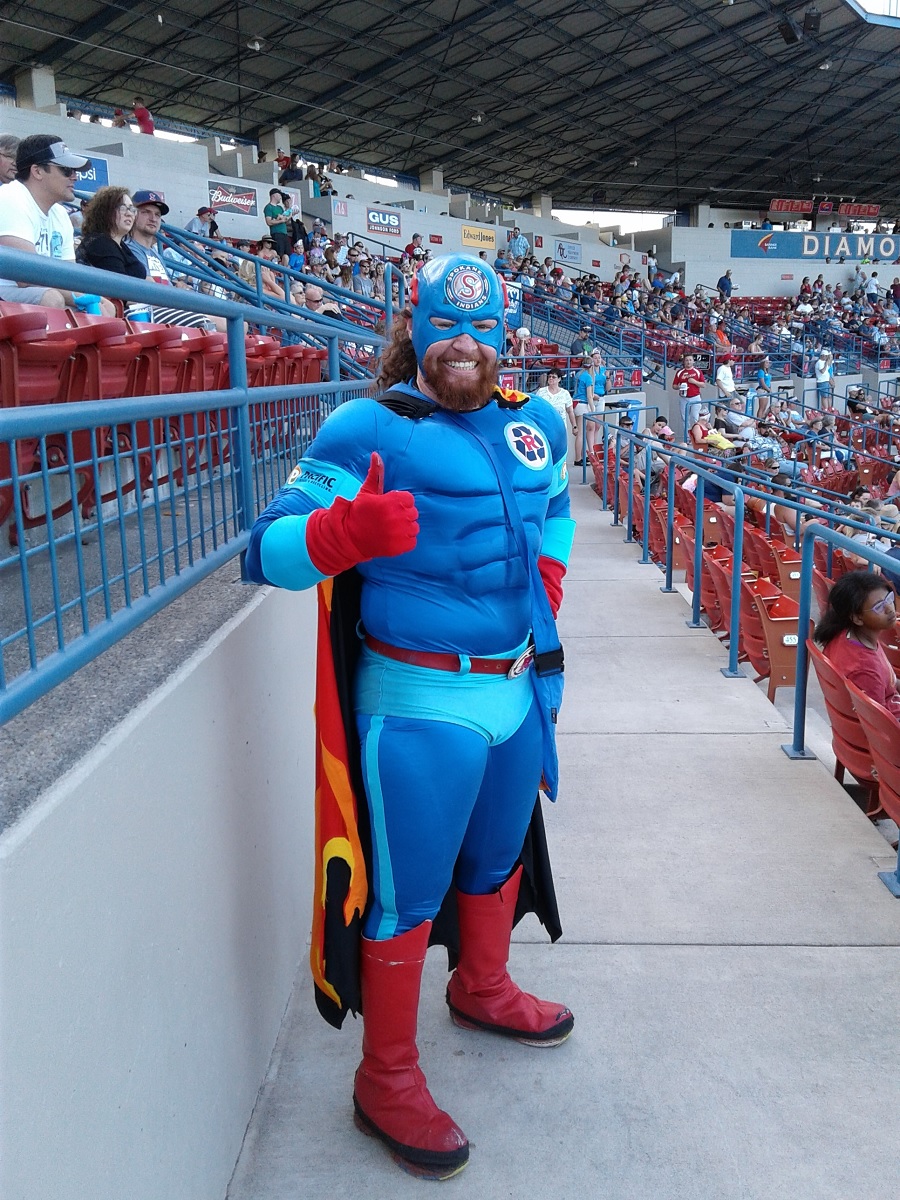 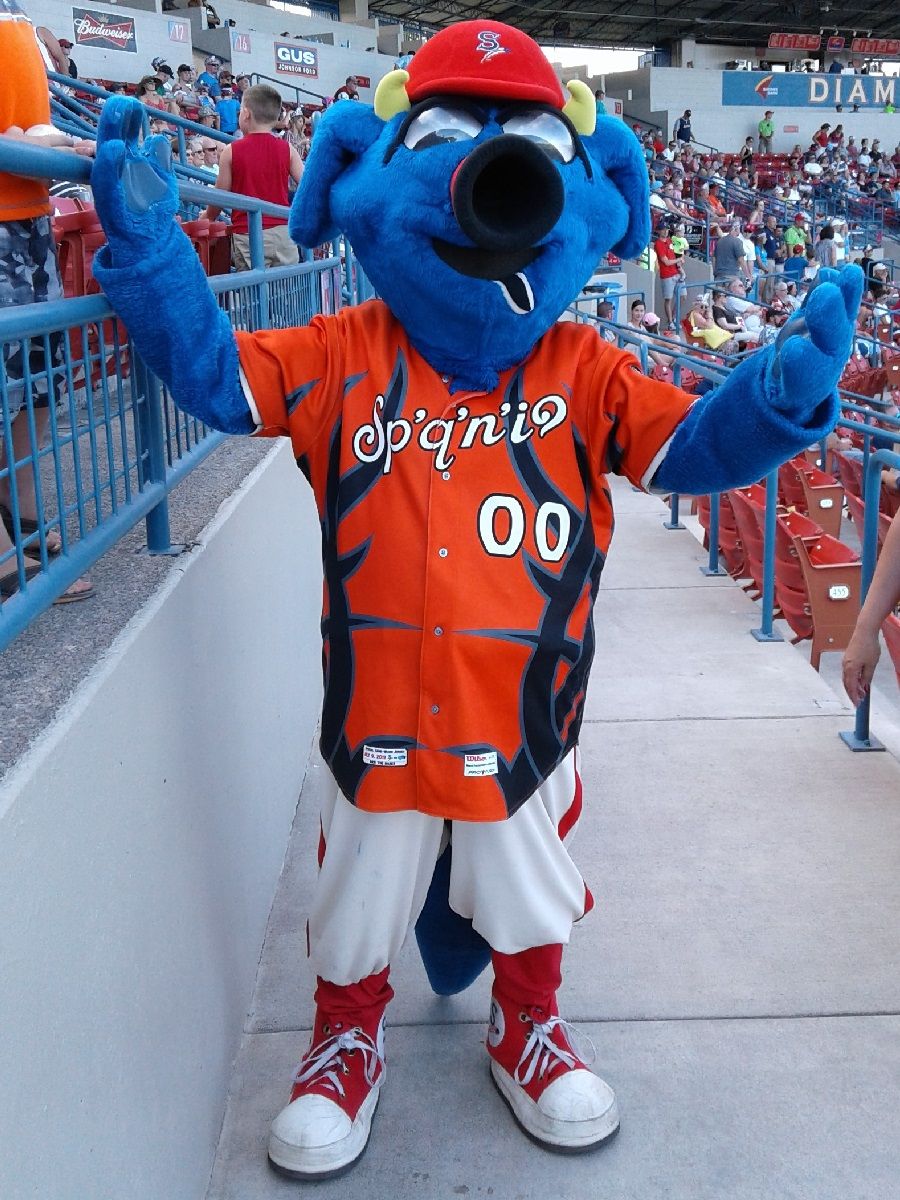 These two mascots were also quite enthusiastic, and your life is not complete until you have seen Doris the Spokanasaurus skip along the warning track waving her arms to get the spectators pumped up, or seen Otto surrounded by kids while he signs baseballs. When in the stands, there was always a staff member on hand as well to assist them. I have heartlessly cropped out these individuals from my photos though. 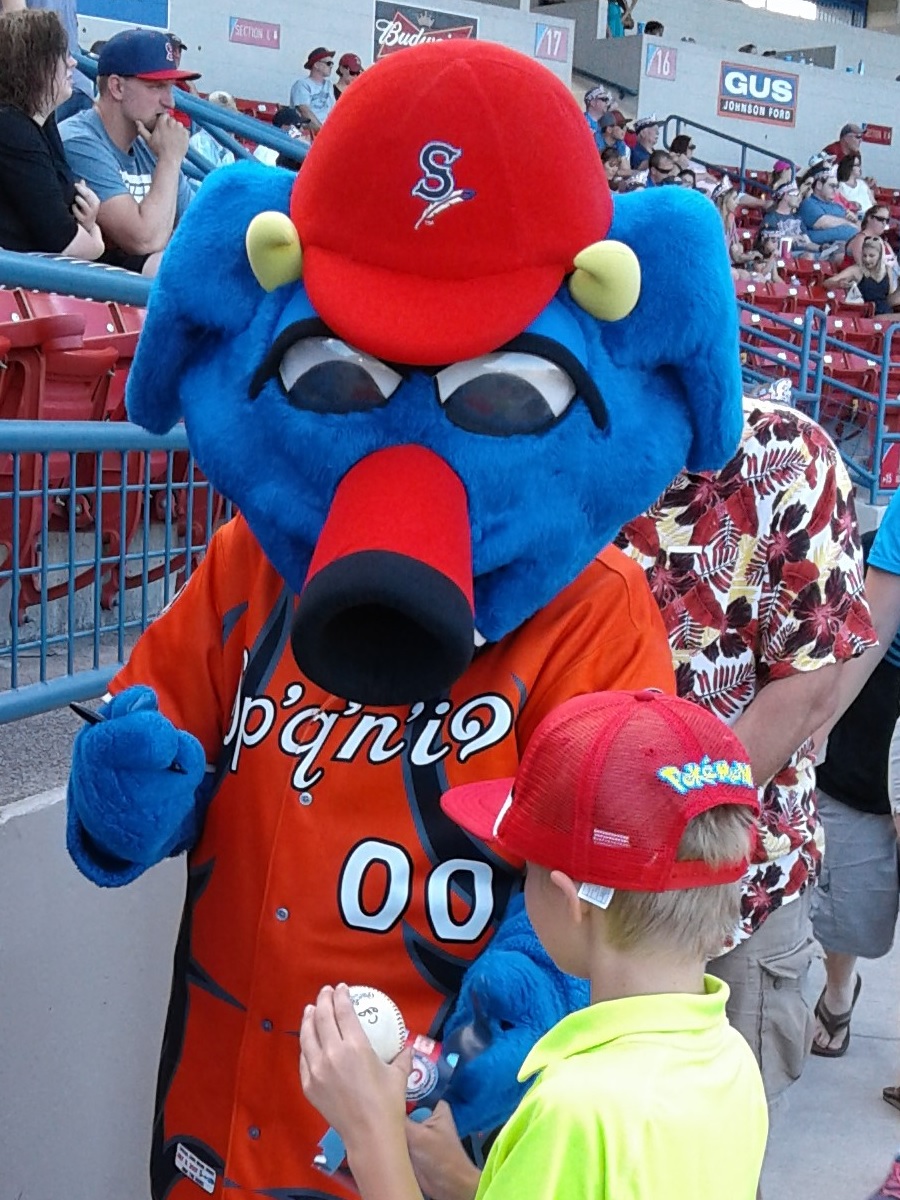 Of course, baseball warrants beer, right? There was even local No-Li Born & Raised IPA on tap, so I had to give it a try. It's bitter, hoppy, slightly citrusy, and in general not a bad example of the IPA style.

If that's your thing, give it a try! If you prefer a milder beverage, there were plenty of other options on tap, plus vendors with the typical nationwide macrobrew choices.

There's only one way to finish off a baseball post: Frank Sinatra and Gene Kelly in a vaudeville song-and-dance routine from Take me Out to the Ball Game!

I bought ya some popcorn and cracker jacks @JacobTothe.

I enjoyed the theme song and the entertaining style of recycle man. Baseball is not popular in my country but after reading this post I think I should watch a baseball match.

It's not a fast-paced game. It's great when you want to sit in the shade on a hot day, drink a cool beer, and take it easy.

Yeah, I think the perfect baseball game is one where you go, eat treats, drink cold beverages and unwind and take in the sights. :)

Buy me some cracker jacks.

Root, root, root for the home team!
They didn't win, what a shame!

In europe we don't have this game its more something from over there, but we see it alot in movies haha. And I love that there is always a mascot! no mascot is like a cheeseburger without the chesse :)

Ah, yes. You crazy non-Americans! Not only do you lack baseball, but you have this crazy notion that a game called "football" should primarily involve kicking a ball with your feet!

This actually looks like a ton of fun. We just got a new baseball spot in Hartford CT, I might have to go give it a try.