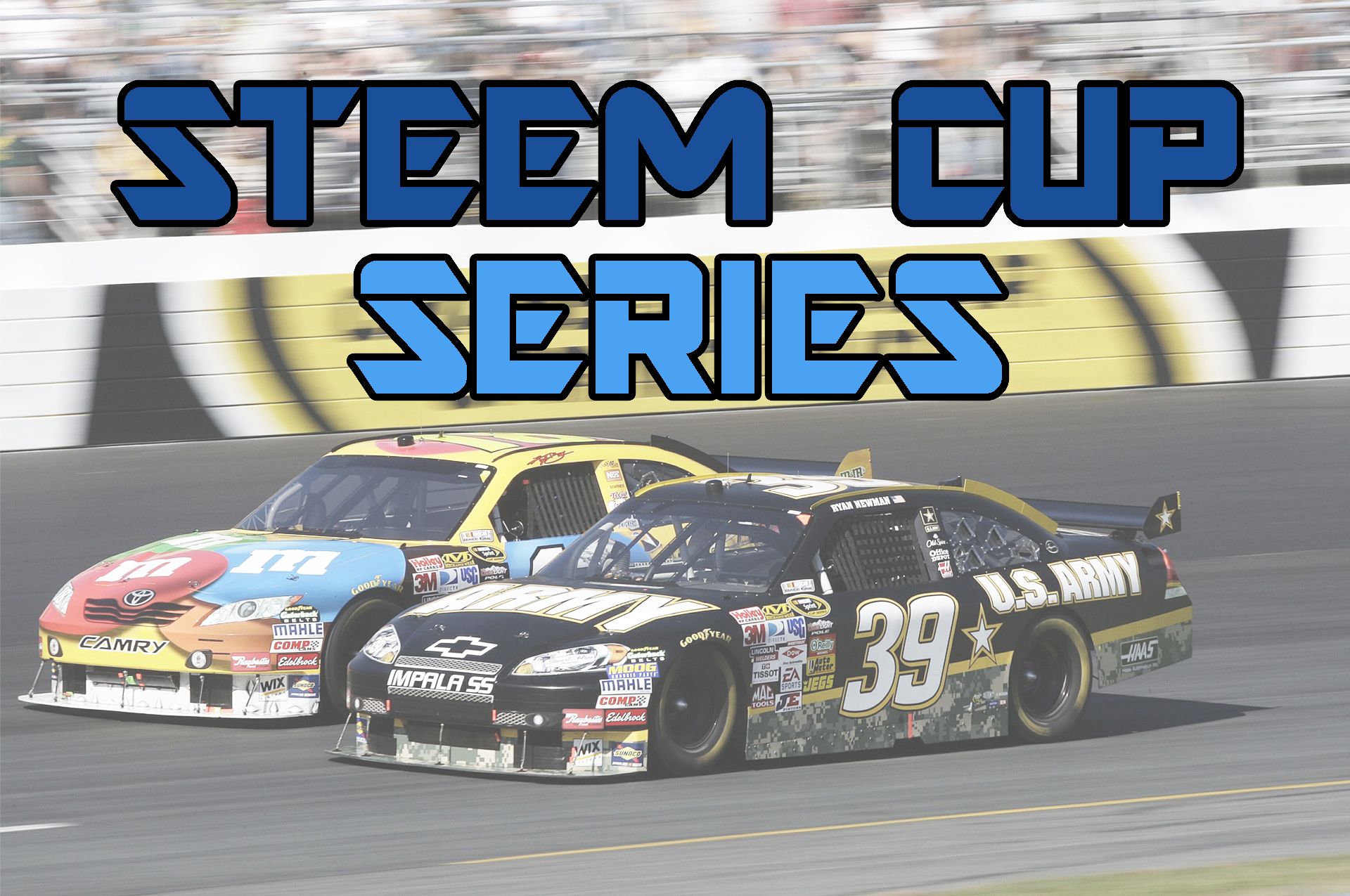 This is it! The season finale for NASCAR and the STEEM Cup Series has arrived!

It all comes down to one last race – the Ford Ecoboost 400. This week’s contest will decide our weekly, monthly, and season contest winners! So, let’s take a look at last week’s results and see where everyone stands heading into the final contest!

It wasn’t the best week for points, as a few of NASCAR’s popular drivers didn’t perform well and only two contestants selected the race winner as one of their driver’s for the week. Congratulations to the top contestants for prevailing in a tough week.

Winnings will be paid out for this contest after the preview post for it closes.

Please keep in mind that all points will accumulate for the monthly and season-long contests. Here are the top-10 contestants for the STEEM Cup Series through this final month’s standings. The top-5 contestants will receive prizes for the month of November and the top-10 for the season will also receive prizes. All contests will end after the conclusion of this week’s race.

Still at the top of the leaderboard, @freebornangel heads into the final race with a 57-point lead over @antv, who has made a nice run over the past two months to guarantee a top-2 finish for the season. Third and fourth place are still closely contested, but they have also pulled away from the rest of the pack and their top-4 season positions heading into the final race have been solidified. At the fifth position – and the final spot for the season playoff finale - @dylanhobalart was able to squeak by @coolthings by only four points to find a place in the Series final. The rest of the pack is still fighting for positions in the top-10, which certainly hasn’t been decided. The top five contestants have received 100 bonus points to their season playoff totals.

Make sure that you’re maximizing your potential points for this final week! Here is the current top-15 for the season:

The NASCAR Monster Energy Series playoffs will come to an exciting end this week with the Ford Ecoboost 400 in Homestead. The Homestead-Miami Speedway is a 1.5-mile oval track. The race is scheduled for 267 laps (400.5 miles), with two 80-lap stages and one final 107-lap stage to determine the race winner and season champion.

Kevin Harvick, Kyle Busch, Martin Truex Jr., and Brad Keselowski have advanced to the championship race this weekend. Their point totals have been set at 5000 each, so the order of their finish will determine the season champion. At the time of writing, Busch, Truex Jr., and Harvick have the top three practice times, while Keselowski is currently 21st.

The current weather forecast for Sunday’s race in Homestead has temperatures in the low-80s and there is no expected precipitation.

You can find the drivers’ updated qualifying times/positions prior to race time at the following link: NASCAR Race Center.

Each contestant will choose three drivers for the weekly STEEM Cup Series from the field of qualifying drivers. Based on the number of drivers and the final results of the race, drivers will be assigned points as follows:

Once these points are tallied, they will be divided by 2. After the points are divided, the following bonus points will be awarded:

+15 points for unique driver combinations. If two or more contestants select the same drivers, then only the first contestant to post those selections will earn the bonus points. ENTRIES THAT ARE NOT UNIQUE DRIVER COMBINATIONS WILL NOT BE ELIGIBLE FOR ANY OF THE ADDITIONAL BONUS POINTS.

+20 points for the race winner.

+5 points for each driver finishing the race ahead of MY DRIVER.

My selected driver for the Ford Ecoboost 400: DANICA PATRICK
Contestants cannot choose DANICA PATRICK as one of their drivers for this race.

The first round ended with the Apache Warrior 400 on October 1st.

The second round ended with the Hollywood Casino 400 on October 22nd.

The third round ended with the Can-Am 500 on November 12th.

This week’s Ford Ecoboost 400 is the season championship race.

All weekly and monthly contests will continue as scheduled with regular scoring and separate prize pools.

How to Play and Win

In the event of a tie, the true point total (non-rounded value of total points) will be used in an attempt to break the tie. If a tie remains, then the pot will be split between the tying contestants.

Please help with outreach by sharing this post outside of Steemit!

One of the goals for this contest and the fantasy sports development project is to bring sports fans/enthusiasts to Steemit, keep them engaged on the platform, and onboard them into the Steem ecosystem. So, please invite your friends and family to Steemit and share this with any NASCAR/racing fans or sports enthusiasts. Growing the active user base can benefit all users and investors, no matter their interests.

As always, please ReSteem this post and let’s grow the sports community through posting, discussing, competing, and earning!

Thank you for participating and good luck!

Special thanks to @blocktrades for supporting and sponsoring this Steemit community event!

Please show him support in return with a witness vote and by using the BlockTrades services.

Amazing. Thank you for sharing :)

Yeah, I just saw that on TV not long ago. What a coincidence!

@ats-david
great contest ... you guys are doing well and for the contestants and winners .. good job..keep it up... for the sponsor.. you are amazing @blocktrades not only is your services fast, reliable and a true innovative venture....your support for many projects and minnows like me with your life changing upvotes shows that steemit has got many genuine and nice guys ...keep it up and thanks for supporting this project and encouraging me...

what is the value prop for points?