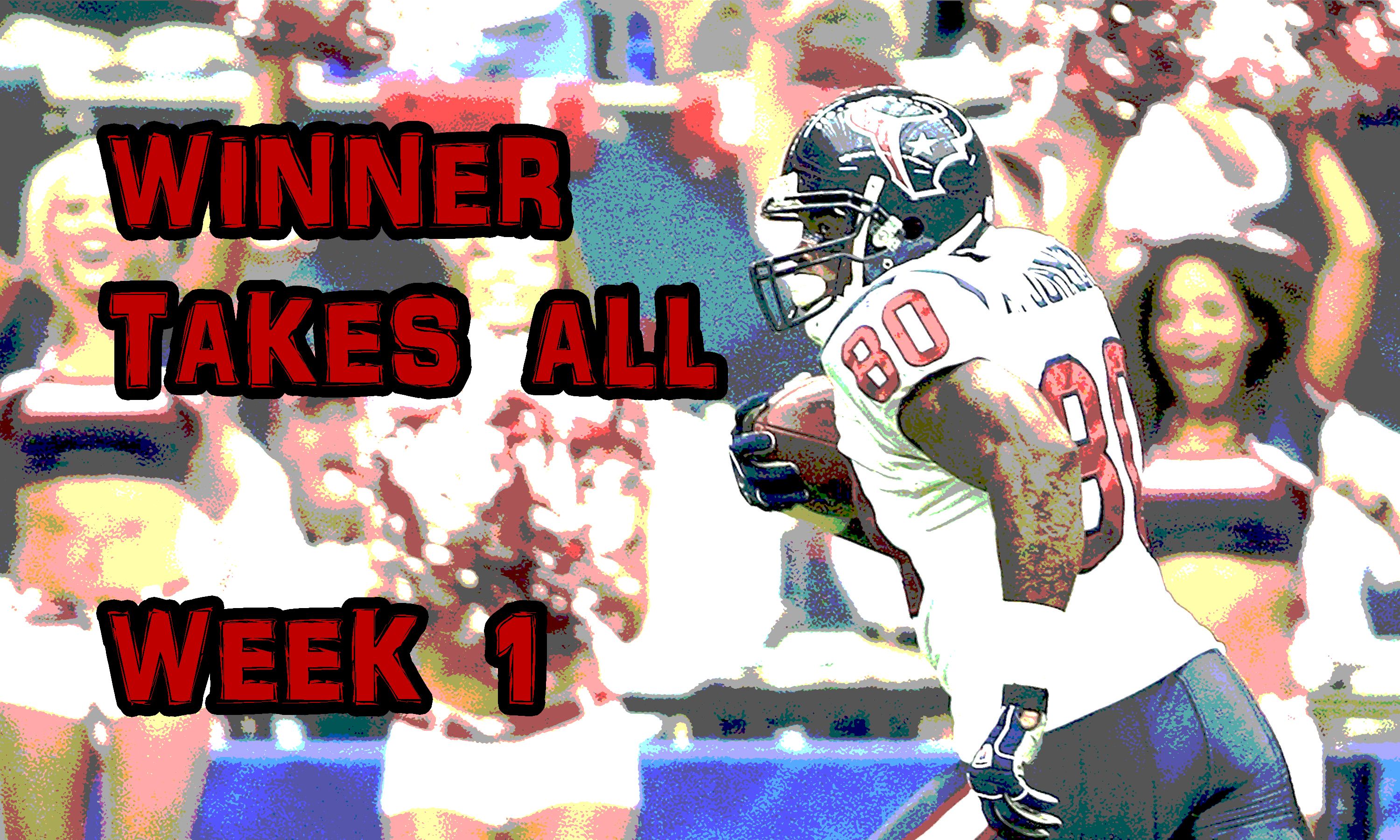 The 2017 NFL season started off with a bang and we’re about to heat things up on Steemit!

In the first game of the NFL’s 2017 regular season, the Chiefs upset the Patriots in Foxboro. For the first contest of the Winner-Takes-All season, which Steemit user will come out on top and claim the entire weekly pot? Have you been brushing up on your football knowledge and think you have what it takes to be the champ?

Here’s how it all works.

Every week throughout the 2017 NFL regular season I will select five games from which contestants will make their winning picks. The contestant with the most correct selections will be the sole winner and will receive a portion of the weekly pot. The rules will be as follows:

1 – Contestants must choose one winner for each of the selected games. Contestants can only enter one weekly submission per account. Submissions must be entered prior to the first scheduled game time. LATE SUBMISSIONS OR EDITS MADE TO SUBMISSIONS AFTER THE START OF THE FIRST GAME WILL BE DISQUALIFIED FROM THE CONTEST – NO EXCEPTIONS.

3 – Contestant weekly Winner-Takes-All records will accumulate throughout the regular season to determine a WTA season winner. TO BE ELIGIBLE FOR THE SEASON CONTEST, CONTESTANTS MUST PARTICIPATE IN A MINIMUM OF SEVEN (7) WEEKLY WTA CONTESTS. Contestants that have four (4) or more identical selections (picks and points) of other users will not be eligible for the season contest. The three (3) contestants with the best season records will share the season pot, divided as follows:

At the end of the regular season, I will announce a potential playoff contest for a minimum of 8 top contestants throughout the season. The potential playoff format and rules have not been determined at this time, so watch for future updates.

The full SBD rewards from each of the weekly posts will be dedicated to the weekly contest payouts, seasonal payouts, and my fantasy sports development fund. These rewards will be divided as follows:

The game selections for Week 1 of the Winner-Takes-All contest are listed below. Choose your game winners for all five games and the point totals for each of the three games being played on Sunday night (Giants @ Cowboys) and Monday night. The late game on Monday night will be the first tie-breaker, followed by the early Monday night game, then the Sunday night game, if necessary.

Game schedules are from NFL.com.

Good luck to everyone! Let’s have another great season of football contests!

Special thanks to @blocktrades for their continued support of these sports contests!

Please show them support in return with a witness vote and by using the BlockTrades services to quickly exchange digital currencies!

Submit
$176.86
317 votes
91
Authors get paid when people like you upvote their post.If you enjoyed what you read here, create your account today and start earning FREE STEEM!
Sort Order:
[-]
helex (52)  ·  2 years ago

Best of luck to all contestants..

It started with a whimper for me lol!

Best of lucks to all ..and may the best win. @ats-david, good job from you here-keep it up.
I referenced you in my latest post about flag / downvoting war in steemit-feel free to check it out

lol all home teams gogo.
i will provide to all games points just for myself

That didn't work out for the Patriots!

Patriots was shock content i think it was like 15-20% win so in distance just need to keep calm and win :)

Honstly i Learned from it thanks

Looks like I'm a little late to the party, but thats alright, just giving you folks a needed head start.

reading the rules, doenst look like they will be accepted though

Thanks for this contest! Good luck to all the contestants!

Hope I am on time on this one. My picks.

Not a sporty kind of a person but love to see cricket. Congratulations to the winner!!

Winner on the second tie-breaker. Congratulations!

Wow!!! the very first week after years of not following the NFL... that's very lucky!!

Transfer has been made. Don't spend it all in one place!

You can take me, but you will never take my bunghole, Hm heh.... For I am the Great Cornholio Hm heh I have no bunghole, hm heh...

Congratulations @ats-david!
Your post was mentioned in the hit parade in the following category:

Yo @ats-david Thanks for this, I invite you to check my last poker article by the way!

Much success to all participants.
Full 100% and resteemed :-)

Love the contests. I enjoy participating.