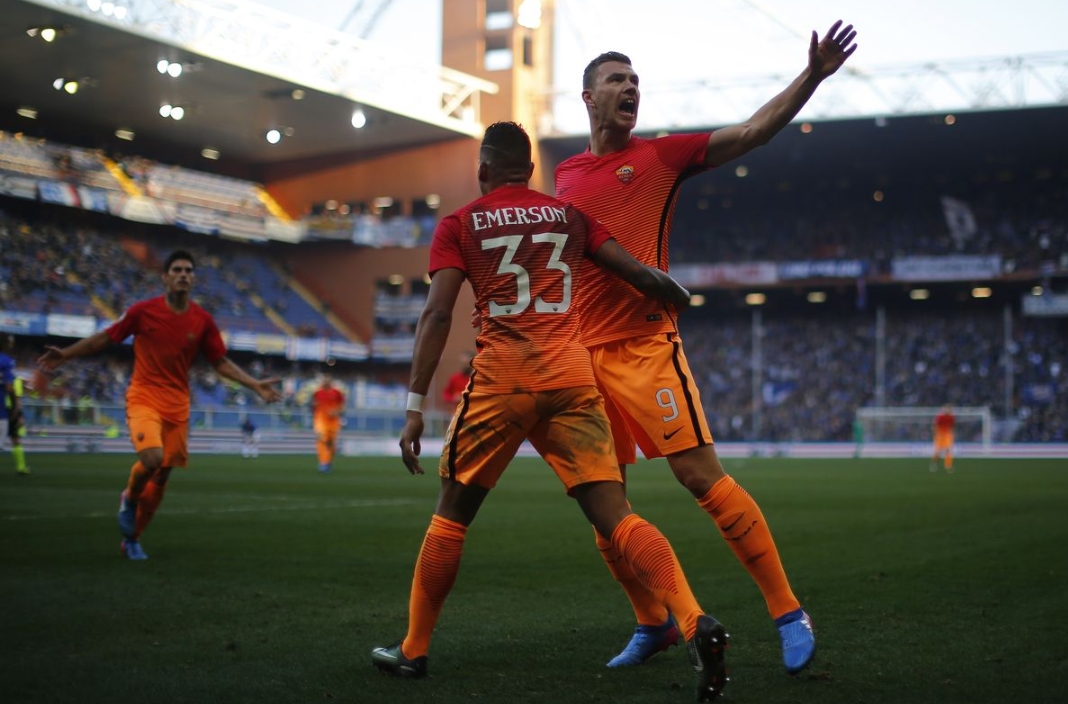 The champions have agreed to pay that price to Italian side Roma for the former Manchester City forward, plus their Brazilian left-back Emerson Palmieri
Emerson's contract is already sorted and he is set to sign, while Dzeko’s representatives flew to London on Monday to finalise his personal terms.

The Bosnia & Herzegovina international has reservations about being a back-up to £60million summer buy Alvaro Morata, but is being offered assurances about playing time and the Blues are confident the deal will get done.

Boss Conte has been desperate to bring in a new striker and even looked at Stoke’s 36-year-old Peter Crouch last week in desperation.

But Dzeko, who turns 32 in March and whose contract at Roma expires in 2020, has got Premier League experience and was a proven goal-scorer for City.

Roma have agreed to let him go and that has persuaded Dzeko to move to Stamford Bridge, where a contract worth £120,000-a-week is on the table.

Chelsea have strict rules on deals for players over 30 but are clearly ready to bend them to get Dzeko over the line, with the Roma striker wanting significant add-ons.

Are you excited of Roma's duo?