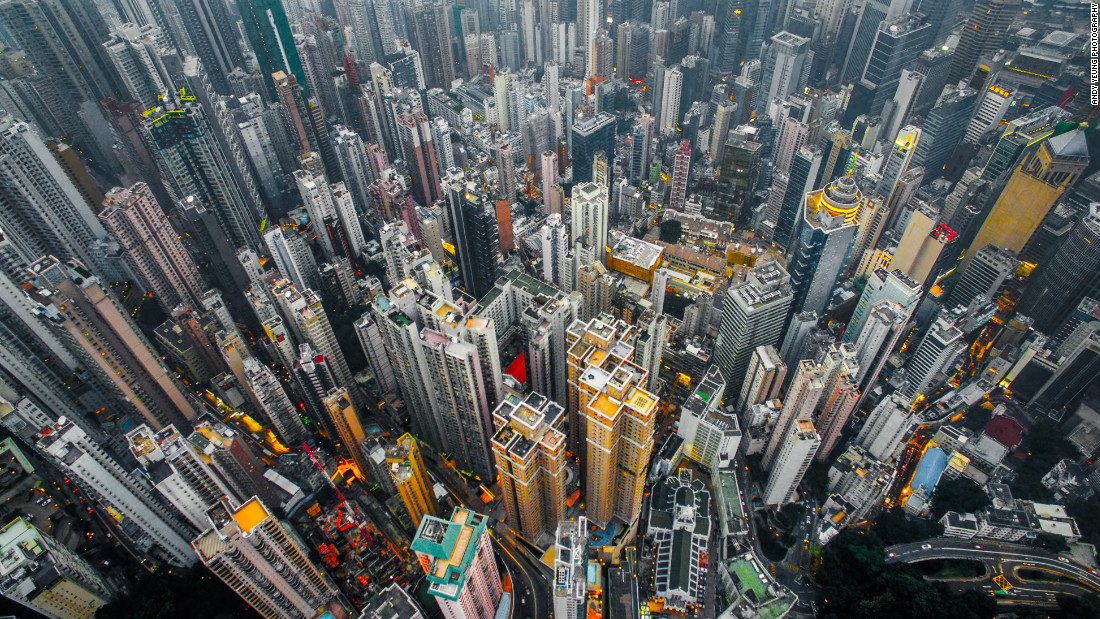 We came to Hong Kong by accident, which is quite typical for us. Our knowledge of the place was very negligible and we did not know what to expect. To be honest, I thought we were going to a big city in China. How much ignorant I was as it turned out later when we got to this wonderful place. As for me - paradise on earth! The fact that it is quite crowded and hot this paradise, but despite all of this I can confidently say that after New York this is another place where I would like to spend some time somewhere ...

What is this really Hong Kong? City in China? The city-state? The only "civilized" part of China? The answer is not so obvious. There is no reason to talk about "Fragrant Port" (because it can literally translate Hong Kong) that it is here east meets the west.

In my personal sense it is a bit like someone moved to London, which is one of my favorite cities to far Asia. English is an official language and is well-known in spite of the fact that over 93% of the population is of Chinese origin. The modern metro looks almost identical to that in London, and we will pay for all transportation using the Octopus card, while in the UK capital we use the popular Oyster card.

Today, years later, after Bruce Lee's death - and after moving the airport to a new place - nothing looks the same. But I hope that I have been wearing myself since the early 1980s, from the moment when I was holding my hand by my father I went to the cinema for "Dragon Entrance". I hope to find at least some of the traces of my childhood.

German photographer Peter Bialobrzeski has created a collection of photographs presenting the largest Asian cities in the world. Neon tigers - as he called these cities - shine with the glare of glass and mirrors of skyscrapers. Hong Kong looks like they are flooded with light, with residential skyscrapers reaching the sky, set aside so that between the windows could stretch the strings with laundry.

This would fit into a city where modernity and advanced technology have more to do with tradition than in any other Chinese city. Although the term "east meets the west" is a phrase - here you really see it with the naked eye. This huge amount of light visible in the photos of the German photographer actually hits the first meeting with the city. It has been calculated that the night skyline in Hong Kong is many times higher than the average. Excited, I walk the streets, absorbing the atmosphere of the city, so different from that in numerous European capitals. Around next exhibitions of famous brands and manufacturers. For most of them there are queues, the Swiss enter and release. "Did they throw something?" - the question comes to my mind. It turns out that no. This is the everyday life. The only restriction to open more stores - to which the next queues would be - are draconian rental prices, surpassing those in other cities of the world.

In the avenue of stars

If you have less time or desire to wander around the city, you should opt for a bus with an open roof. Traveling on the island of Hong Kong and the Kowloon peninsula, especially in the night, is very popular. Three-way, green, blue and red tickets are valid for 24 to 48 hours, allow you to get off and get in any number of times, and stay wherever the city's greatest attractions are.

I am impressed by Aberdeen Harbor - one of Hong Kong's most important ports, filled to the limits of larger and smaller fishing boats, floating markets and restaurants. Well known of course from the cult scene "Enter the Dragon" and slightly less cult "Double hit" with Jean-Claude van Damm. I look at the Jumbo Floating Restaurant - a huge restaurant on an equally large boat. It is the place where the fame of this world was celebrated. Queen Elizabeth II or Tom Cruise. Unfortunately, the menu prices largely cool my celeb drives.

It is great and quite cheap. Quickly navigate the metro - five lines serve virtually all major islands and airports. Ticket: 4 to 22 HKD (depending on route length). For longer stays, you can buy an Octopus electronic card that can be recharged with any amount. This card also applies to buses and trams - including the famous double-decker tram. We will pay HKD 3.2 to 40 (for the furthest suburbs). Between the islands and the mainland, take a ferry, run every few minutes, price: HKD 1.7.

Hong Kong is one of the most densely populated places in the world. On average 1 sq. Km. people (and places even 43 thousand).
The island is famous for cheap electronics, even the original (I write "even", because cheap fakes are everyday bread) can be cheaper by several dozens.
There are the largest number of skyscrapers - as many as 112 buildings reach over 180 m. The skyscrapers are a total of 7.7 thousand.
There are plenty of trekking trails around Hong Kong, from which you can see the city from a completely different perspective. It's paradoxical - the mecca of nature lovers, greenery and wandering. You just have to break a bit behind the city.