Zidane asks Real Madrid for two deals in the summer 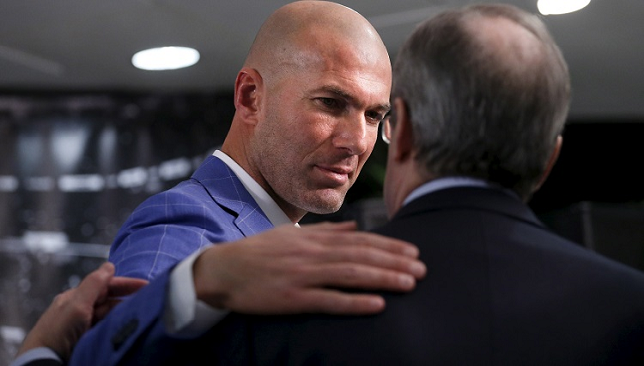 MADRID: Real Madrid coach Zinedine Zidane has demanded two deals from his Royal Club during the upcoming Mercato, the Spanish daily Don Ballon reported Saturday. A lot of rumors have come out recently, indicating that Zinedine Zidane will continue to play for Real Madrid next season, despite the disastrous season of the team after the exit from the King's Cup and away from the top of Allega, after beating Paris Saint-Germain in Champions League.
On Wednesday, Real Madrid beat Paris Saint-Germain 3-1 in the first leg of the Champions League 2017/2018 at Santiago Bernabeu, Two goals. Zidane spoke to Real Madrid president Florentino Perez and asked him to sign Belgian star Eddin Hazard from Chelsea, as well as Daley of Tottenham and one of the world's top talent, to compete for the season's championships. Next.

i hope zidane has the best team so far, so there is no need for more players