cyberblock (65)in #splinterlands • 2 years ago (edited) I know many of you are probably thinking "haha, ya right!" and you might be right, for now.

But here's the thing, the world is becoming digital and it's happening fast. Exponential is a funny thing, blockchain tech is going to change the way we think about money. In ways we can't even imagine, our future will become unrecognizable.

After playing dozens of the top blockchain games, one stands out among the rest. It's fast taking the blockchain gaming industry by storm! Based on the highly ambitious dev team, there's absolutely no slowing down.

Splinterlands formerly known as SteemMonsters, is in my opinion the most successful blockchain game in the world. What started out as an idea in 2017, quickly turned in the top blockchain game as well as the number 2 ranked DAPP in the world. Over 10 million games have already been played, it's cards combine for a value of over $4 million. It's quite remarkable to say the least.

The digital cards are created as unique tokens on the the steem blockchain. A limited supply creates scarcity which gives the cards more value. They can be traded on it's splinterlands own auction market making it easy buy and sell cards. Splinterlands has found a number of ways to bring value to it's users which I will get to below. The games explosive growth has intrigued the minds of crypto enthusiasts around the world.

Below are 5 ways you can earn crypto with Splinterlands

2. Buy cards and hodl, cards are limited and once they are sold out, the price tends to rise. Supply and demand.

4. Daily rewards are given for completing daily quests.

5. Rent out your cards on the splinterlands market. 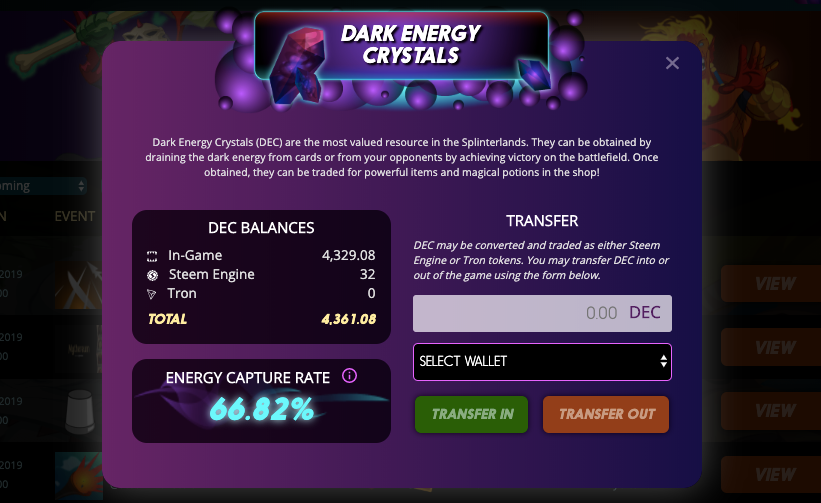 After playing the game for just over a year, I have amassed a collection of just over $1000 between three accounts. This doesn't include some of the DEC I sold for steem along the way either. Could this be the beginning of a new trend where people can actually earn a living playing blockchain based games? It has been theorized for a long time and it's entirely
possible that this is the first realization of it.

If you ever want to make it BIG in the world, you can't just dip your toes in the water. When you see an opportunity that can be life changing you have to go big. Sure, crypto might be a risky investment, but nobody ever makes life changing wealth by pussy footing around.

Gradually, decentralized trust will be accepted as a new and effective trust model. We have seen this evolution of understanding before - on the Internet.

This article has been published on medium, it would be great if you can give me some claps there :)

Hey man, thanks for the comment. I've published this on medium too. trying to recruit more people from other platforms!

Such an awesome post!! Great job!! An upvote from SM-Splinterlands is on the way!!

Thanks so much clove! Now I can buy more monsters! :)