The Man Behind ‘Amazing Grace’

solascriptura (37)in #spirituality • 3 years ago (edited)

The stirring song, 'Amazing Grace', was written by a former slave trader, John Newton. Newton wrote the words for “Amazing Grace” in 1772 and then William Walker put the words to the popular tune “New Britain” in 1835. 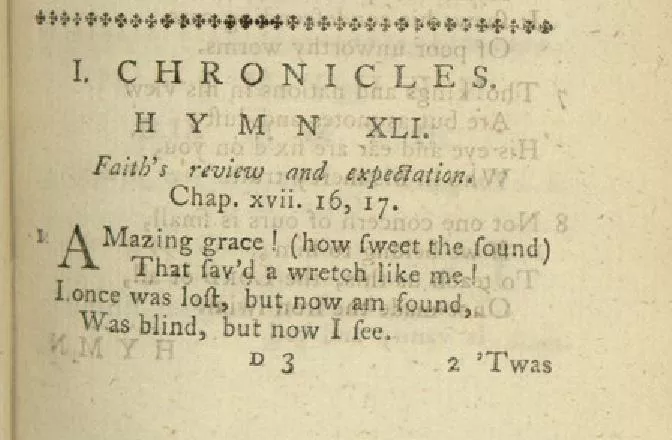 Newton penned the words after he survived a horrendous storm off the coast of Ireland – he called out to God during the hour of distress in the water and considered his survival as a sign from God. His conversion to Christianity was gradual and not an immediate, radical change.

After renouncing his slave trade, Newton published a pamphlet – describing the horrific conditions of slaves – called “Thoughts Upon the Slave Trade”. He wrote,

It will always be a subject of humiliating reflection to me, that I was once an active instrument in a business at which my heart now shudders. John Newton never ceased to be amazed at God’s amazing grace. He was heard to say near the end of his life, “Although my memory is fading, I remember two things very clearly: ‘I am a great sinner and Jesus Christ is a great Savior.’”

After watching a YouTube video on him, I became curious about allegation of slave business. I think he was a changed man at some point of his life. Thanks for your insights, brother.

You are very welcome.

Newton was a changed man. John Newton was the son of an English sea captain. His mother was a deeply pious woman, who, with much care, taught him spiritual things until she died when John was seven years old.

At the age of 11, John went to sea and spent the next 20 years as a sailor engaged in slave trading. His life was spent in the basest sort of wickedness. At one time, he himself was the property of an African woman, who fed him only that which she threw him under her table. He was nearly killed several times during a terrible storm at sea, which almost sank the ship. His wicked life passed before him, and deep conviction caused him to cry out to God for salvation.

Congratulations @solascriptura! You have completed some achievement on Steemit and have been rewarded with new badge(s) :