SP8DE is here to change the way people think about The Game of Chance. 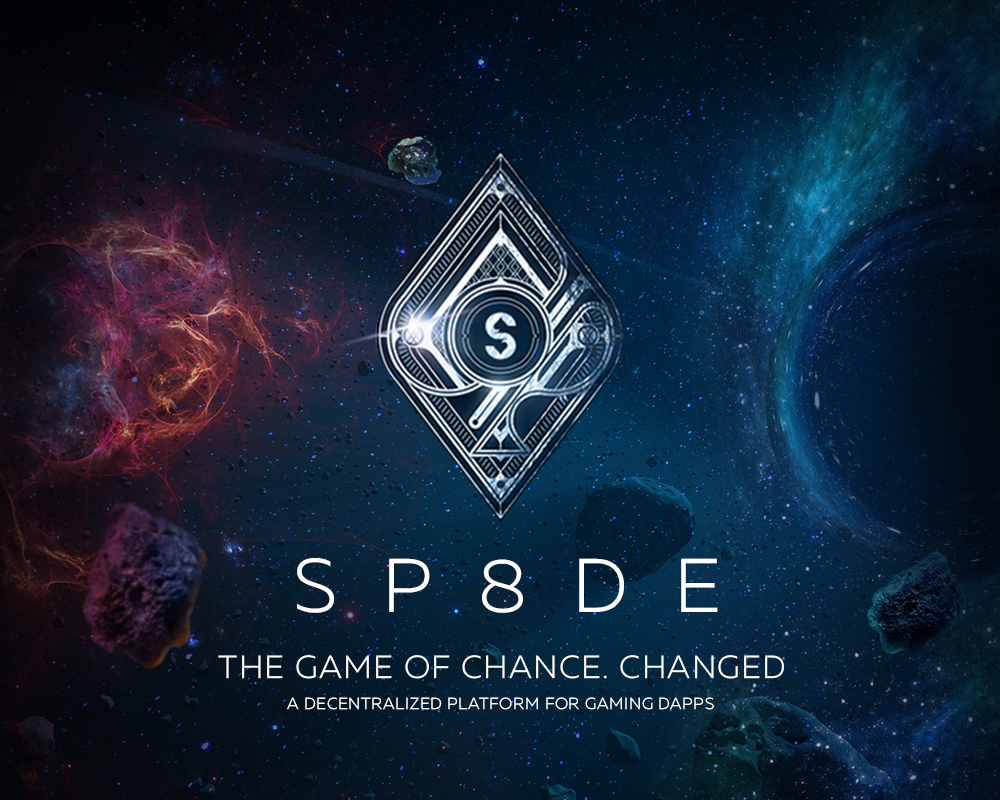 Just like Bitcoin had changed the way people think about money.

Game of Chance is the risk-takers’ game; the core of it is the risk… and, of course, the reward. These are all words, however. Per se, they are mere abstract concepts and lack any mathematical substance. They are just the artifacts of ancient human-created games built around a concept that is at least as old as the Universe itself. This concept is commonly referred to as Chaos or randomness: the lack of intelligible patterns or combinations.
This still sounds abstract. So, when applied to gaming, randomness is the core concept: it is the process that presumably cannot be manipulated by anyone and on a regular basis delivers the actual sets of countless random numbers that determine who wins and who loses. It basically is an ever self-refreshing set of numbers. The process of generating these numbers cannot be:
a. Manipulated by any malicious party,
b. Guessed with any significant probability given the input of the information available prior to the roll, or
c. Be observed by anyone before others do... at least in theory,
d. Also, of course, it has to be recurring.
A canonic example of a man-made mechanism that, if made fairly, reasonably satisfies these important qualities is the roulette wheel that is routinely used in virtually any casino around the globe. So, screening the roulette wheel through our 4 prerequisites for a random number generating mechanism that can be applied to casinos:
a. This wheel produces a self-refreshing (meaning producing new numbers recursively – time after time) set of numbers – the numbers and colors of winning pockets over some time period,
b. Manipulating the results of rolling the wheel is impossible assuming a fair wheel,
c. Many mathematically-inclined individuals over the history of humanity developed and employed complex methods aimed at ‘guessing’ (more like ‘predicting the outcome of a given game with statistically significant and, more importantly, economically attractive probability’) the outcomes of various casino games (including the roulette) given a set of inputs: few if any have ever succeeded;
d. Of course, it is recurring: every spin of the wheel by the croupier is the new iteration that produces a new set of randomly chosen values;

So, let’s now look more closely at each of the points above: ‘a.’ and ‘d.’ are satisfied by definition – there is no formal proof needed – indeed, the roulette wheel’s aim is to produce sets of random values and these values are being refreshed at every spin. ‘C’ is justified more on empirical grounds: there have been many who tried to solve the conundrum of riskless betting, lured by the mirages of endless wealth associated with casinos as well as the complexity and vast interdisciplinary applicability of mathematics involved in modeling various aspects of gambling. The most successful of all the ‘magic models’ have probably been the betting systems, such as, for example, the notorious Martingale system. If one bets carefully and has a sound risk management strategy respected and adhered to irrespective of the circumstances, the statistics of using betting systems can at rare cases show quite satisfactory results. On average, of course, the house always wins and there is no kind of magic or an elegant mathematical model that would be robust enough to the test of time in the casino halls. Instead, there are just smart money management systems that represent redesigned models primarily from accounting and financial risk management fields. The aforementioned fits quite neatly when used to describe the roulette, but is not limited to this game. The remaining ‘b.’ point looks quite regular and at the first reading does not appear to be too different from the other three.

Yet, there is a fundamental difference between them:

a. There is little sense in the sentence itself: without lengthy clarifications it seems that it claims that using the fair wheel requires well... having a fair wheel. But what is fair in the end?

b. This point is the only one that implies that one needs to assume something. So, it is not only that the concept of the ‘fair wheel’ is very abstract and in this form has little applied value. On top of this, you actually have to assume that you have it: not so many better ways to satisfy the final point to arrive at a ‘good’ random number generating process that can be used in casinos.

So, what is the problem with this point? Why is this one different from the others? What a roulette wheel needs to have to fit the ‘fair wheel’ definition and what is this definition after all? These are some of the problems that we will cover in the section of the “SP8DE: the design of the contemporary casinos - from early days of humanity to the blockchain era”. We will also show how the ‘fair-wheel’ problem became one of the major unresolved problems in the online gambling industry and how it was half-solved later. This will prepare ground for the modular introduction of blockchain tech into the discussion.

Finally, we will start illustrating how the seemingly simple concepts used in the world of casinos can provide a useful and extremely efficient framework for the analysis of many real-world gambling-unrelated issues e.g. in politics, law and finance.