Welcome to the Empire! (Inspiration behind a song called 'Crown Land')

yoel-steem-ahead (48)in #songwriting • 3 years ago
WELCOME TO THE EMPIRE!

In my job, I often come across the surveying term 'Crown Land'. The term refers to land that isn't already owned privately, but basically means at some point, some royal geezer probably used a combination of guns, germs and steel, to steal an island or patch of dirt from someone else. The term is so strange and archaic, I always had this ridiculous cartoon imagery of a king riding up on a horse and throwing his crown onto the grass, exclaiming in some pompous overtone, "from here on out, where the crown lands - to as far as the eye can see - is all mine".

I work in Sydney and during my normal commute between a train-ferry-bus, I often hear information guides announcing to tourists, 'first fleet' this, and 'colony' that. I often fantasise about grabbing the tiny PA and yelling, "WELCOME TO THE EMPIRE FOLKS! If you look to your right, you can see that we built this city on stolen land" Then bust into a riff by Jefferson Starship, drop the mic, and push Alan Jones into the harbour. (I'm not sure that last bit was relevant, I just heard he lives near the opera house). I guess bombarding holiday-goers with stories of a genocidal prison island, and then assaulting a 100 year old conservative radio personality is probably bad for tourism.

It was on this journey home one day, while trying to ignore the tourism banter by flicking through social media, hidden in amongst a standard barrage of cat fails, food, and baby photos, I scrolled across this little badger:

"…you can never free people who don't want to be free - who don't even know what it means to be free. Like a brainwashed prisoner when his cage door is opened, he will cramp himself in the corner, and cower… a true slave will find a master, even when he is released. For truly meaningful change, the mind must be freed first…"

I know what you're thinking, "bloody self help memes, sunshine and flowers, piss off" and I agree. I grant the eternal unfollow to those who indulge in such cheesery. But this wasn't an Oprah or Eckhart quote (I checked), and it wasn't cheese, but bold, deep, and written by a guy called Kurt who I went to school with.

Kurt's the closest person to a philosopher that I know I guess. Years ago, he got out from 'down under' (left Australia), learned spanish, moved to Mexico, and started writing about conscious-expanding stuff like this. (Check him out: @churdtzu or you can find the full statement here: http://theparadiseparadox.com/our-ideas)

His imagery of the cage threw my mind into some kind of medieval scene (yes I have weird bus rides home). I pictured myself peering through the cold steel bars of a small dungeon. Through the cold night air, whispers of the Kings death waft into the dank cell… Guards disappear, now that there's no king to pay their wage, and a rusted door creaks open, beckoning for me and my fellow captors to escape… and instead of fleeing, we all start bickering like a scene from Monty Python:
"what if there's wolves out there?" …it's a bit cold, maybe we should go tomorrow…"
"maybe this cage isn't so bad after all - it's got a lovely view, we get fed every night.."
Then the guy with the spam voice pipes up:
"this isn't a cage, I'm offended! you might call it a cage, but for me it's home!" As a civilisation I feel like we're edging closer to stepping out but strong forces of resistance, procrastination, distraction and fear stop us from realising our full potential. Most of us don't consider ourselves sovereign, and I don't mean an inflated-ego sense of self-importance, but powerful, responsible, accountable and aware. I'm certainly not there - I hope to be some day. I also hope that myself and everyone else will get to this realisation so that the next time, if (or when) the 'king' does fall, there will be no power vacuum, because everyone will have hopefully realised their own true sovereignty. Bags not building seven billion crowns though.

I wrote a song about the above bunch of paragraphs. Kurt, thanks for your inspiration - keep doing your thang. 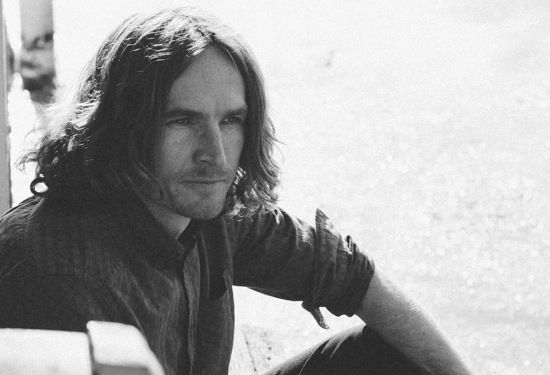 Hi I'm Joel. I live in Sydney Australia, I do electrical draughting by day and play bass and write tunes at night for a group called Lese Majesty. I hope to one day write something good. But until then, I'll keep trying to improve. You can check out my band at http://www.lesemajesty.com.au/ or follow us at
https://www.facebook.com/lesemajestymusic