All 34 Catholic Bishops in Chile Resigned - I can haz a church now?

Over the past couple decades, complaints against catholic priests about sexual abuse have been stacking up all over the world. So much so that it's become a cliche and a stereotype. In light of that, I can't say I was surprised to see the wave finally hit Chile. Apparently, the church has had so many complaints over the years that it launched a full-scale investigation, which uncovered past abuses like those of Reverend Fernando Karadimaha's in the 70's and 80's. So much dirt was uncovered that a total purge of the top ranks seemed fitting. Every single bishop in the country has tendered their letters of resignation and their fate now lies in the hands of the pope, who has already defended some of the accused. 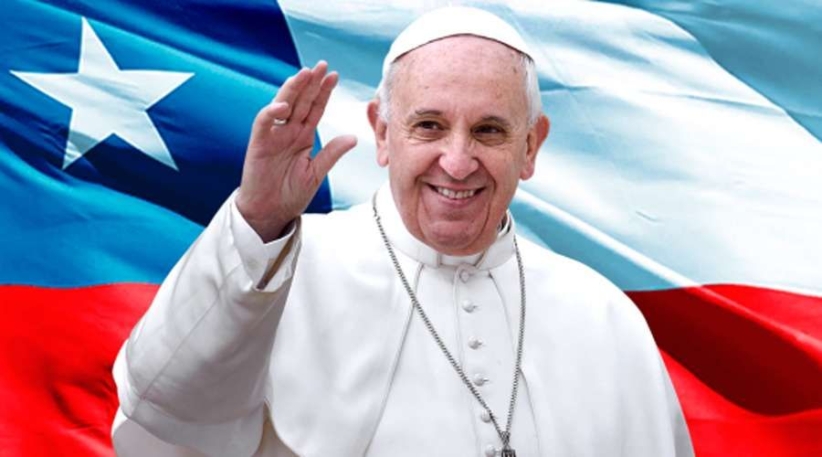 Globally speaking, we all know that this is nothing new. The church has been crumbling over the past few decades and I'm sure the process will continue to unfold for another several decades to come. The last generation of faithful members is aging and their children want nothing to do with the church. Turnout numbers are falling every single year and churches are closing accordingly. Change came slower here in Chile than other places we can name but it's coming nevertheless. In a single generation, Montreal, Canada, went from a very upright, Catholic city to a raging hurricane of hippies screwing in parking lots. Chile is still buried in sexual repression but it seems to be at the tipping point now and it wouldn't surprise me if Santiago swung almost as extremely into reactionary degeneracy - I mean - "freedom."

Personally, I like what it all means for the real estate market. It's already easy to buy a de-consecrated church in Canada, where I'm from, and I suppose we should expect that to become true in Chile soon as well. I always thought I'd love to open up a boarding school that specializes in the music business and that a cathedral would be the perfect sort of building for that... Obviously it's awful that such abuse is so common and expected now that we can even talk about it so nonchalantly, but frankly, I see it as just the tip of a massive iceberg. Hell, it's more like the tip of an undersea mountain that's barely peeking up out of the water. I see every violation of an individual sentient being as awful and they happen by the million every single day, many of which are committed by the same people that get outraged when yet another priest is outted for diddling kids. They support a military that slaughters innocent people abroad and they support police that abduct and imprison peaceful people for having bits of harmless vegetation in their pockets. They support an agricultural industry that rapes and slaughters millions of sentient beings every single day but they point and shout when the victim hasn't been deemed fair game by their peers. They're happy to rack up the body count as long as nobody else around them with power has a problem with it. Maybe I'm a bit jaded and cynical about all of this but hey, that doesn't mean I'm wrong.

Ultimately, I see this multi-generational wave of scandals as a good thing. The truth has to come out and things have to get sorted out, even if it's super uncomfortable. It's an encouraging sign that the world's oldest and wealthiest cult is on the way out. I'm rather looking forward to buying a church on the free market and turning it into a lasting monument in honor of those who refused to suspend their disbelief in the face of social pressure. A church of reason, capitalism, and faith in humanity's potential to evolve out of its current state of savage hypocrisy.

This disguists me. All that can be said.

You see all of these came as a shock to me but when I remember some verses in the holy book of the Christians. It was explained that so many signs we’d see that indicates the end times. It was also explained that false prophets will arise, wolf in sheep clothing. The is a global concern. A global issue to be discussed and addressed critically

Hopefully it is just the beginning. 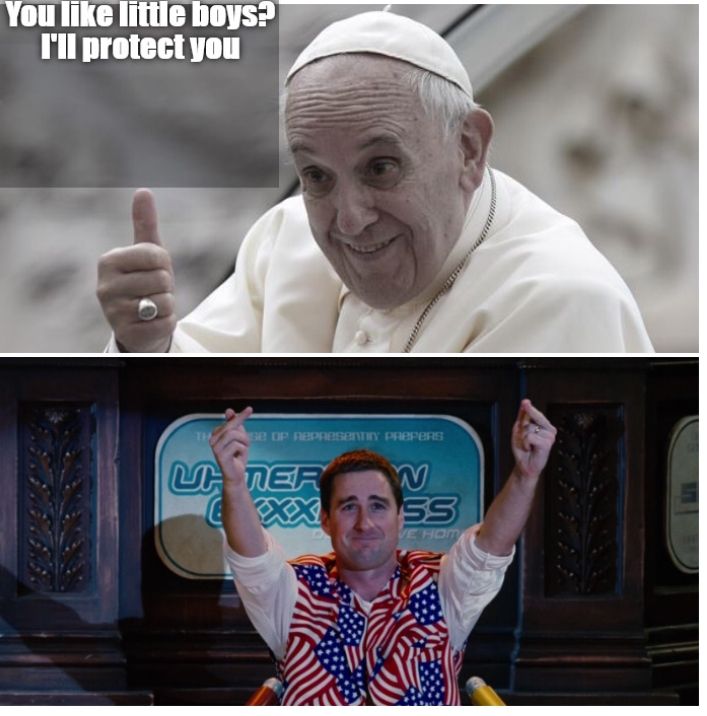 What saddens me is that there are those who will defend those sex offenders even though they have been proven guilty. Also, I find the church hypocrite. They condemn and kept criticizing a mall here owned by somebody who is not Catholic. They support every kind of movement that dishonors the mall. Yet, they own almost half the entire block of the city center and turned that into a mall of some sort.