A weekend of shock results started with Burnley earning a draw at home to runaway leaders Man City. The game will be remembered for a glaring miss by Raheem Sterling that should have stole all three points for the Champions-elect.

Manchester United had a comfortable win over Huddersfield with new boy Alexis Sanchez missing a penalty but slotting home the rebound.

Buoyed off the signing of former Borussia Dortmund pair Pierre-Emerick Aubameyang and Henrikh Mkhitaryan Arsenal ran out as convincing winners over Everton. Could this be the start of a gunners revival?

In a game that had everything honours were shared as Liverpool drew at home with Tottenham.

And in the shock result, possibly of the season Watford trounced champions Chelsea 4-1 at home. Worry times for Chelsea boss Antonio Conte. 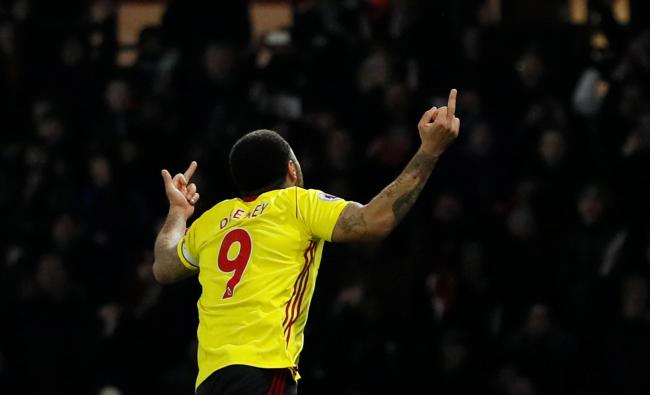 Watford put Chelsea to the sword the prizes needs to be reshuffled
we have 4 ties

Thanks for flagging the errors I've corrected.

In the case of a tie, we go to first goal predictions. Only if there is a tie after that will the prizes be split.

It seems in the results is mistake. Second place and third place from previous round

Thanks for flagging - corrected now.

I also wana participate in this
Hope i ll
Keep this thing on ..
Great work

I made a book editing on you #nanzo-scoop
Here is the link
https://steemit.com/editing/@bitcoinist/editing-for-nanzo-scoop

Can't wait for the next round now, this is getting interesting.

Wow, this is getting really interesting now. Can't wait any longer for the next round. [email protected]

Congratulations to the lucky ones!
Hopefully in the future I have a chance to be a part of it all

I also watch soccer.Keep it up dear

Congrats to the others as well!

Wow i am also watching soccer
I love sport

Yeah. I've followed you. I'll surely hit the top spot with your guidance

looking forward to the next round but am not quite sure i am supposed to submit the entries ,

i just love this game!! definitely following you and looking forward to the next round !!

Can hardly wait for the following round now, this is getting intriguing.@nanzo-scoop

thanks for this weeks contest...it is always getting interesting with this contest..thanks always sir @nanzo-scoop

How do i jump in Nanzo?

great round.cant wait for the next round of fixtures.In case,anyone is interested in basketball here is my post about the latest trades https://steemit.com/sports/@unshakeable/a-crazy-2017-18-nba-trade-deadline

Hey Tony @nanzo-scoop thanks for coming to the London Steemit Meeting, I mentioned you and used a picture of you on my post here: https://steemit.com/steemit/@simonjay/big-steemit-meet-up-compilation-and-experience-8-2-2018 I hope this is ok and if have a moment take a look, the rest of the guys seemed to have liked what I put together.