Best Smartphones of 2017 So Far 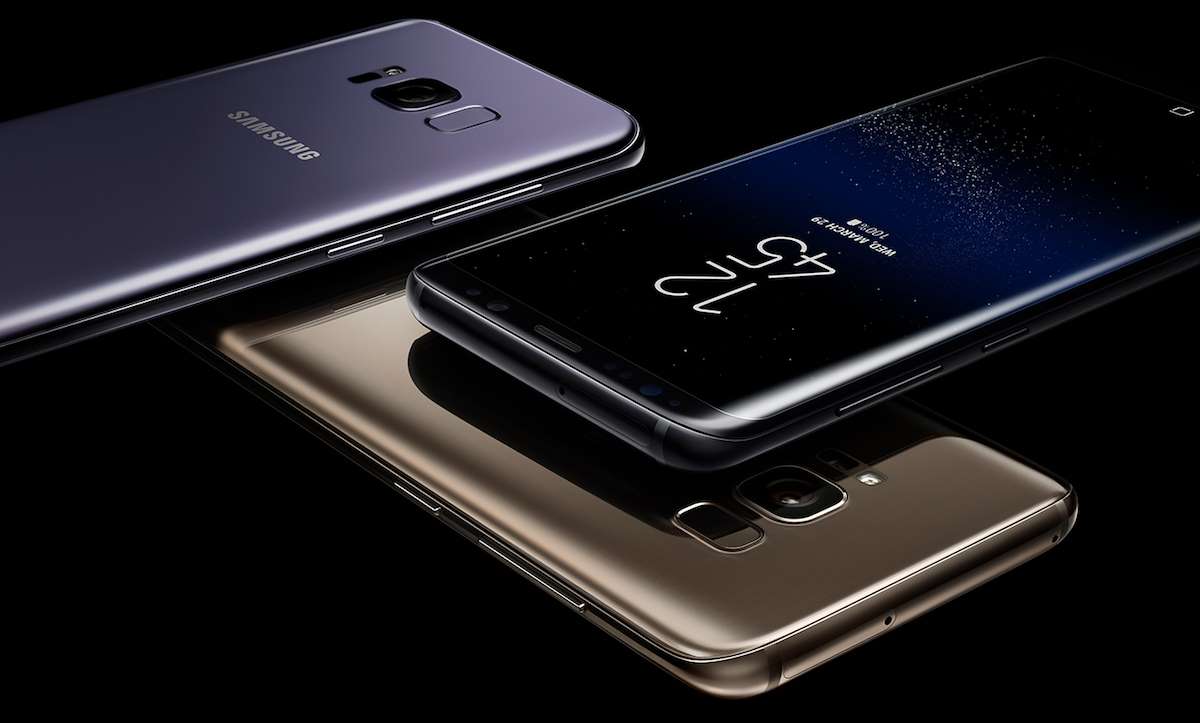 There is no shortage of amazing smartphones for sale right now, and this year has already proven to be one of the best for smartphone consumers, whether you're a diehard Android fan or an iOS lover. Apple(NASDAQ: AAPL) and Samsung(NASDAQOTH: SSNLF) continue to battle it out in the smartphone arena, with the former's iPhone 7 now the top-selling smartphone and the latter trying to rebuild its mobile kingdom on the back of its new Galaxy S8 and S8+ devices.

But October of last year marked the first time Alphabet's (NASDAQ: GOOG)(NASDAQ: GOOGL) Google launched its own device, the Pixel -- which added another key contender into the mix. So which one of these companies makes the best smartphone? To answer that, we looked to Consumer Reports' latest review, and pulled out the top smartphones released by publicly traded companies. The publication ranked Samsung's devices at the top, followed by the iPhone, then Google's Pixel phone.

And it appears that Consumer Reports wasn't the only popular reviewer blown away by Samsung's latest S8 lineup. In a smattering of tech-website reviews of the best smartphones, the S8 devices beat out the competition in nearly every category -- including processor performance, camera, battery life, and display. Take a look for yourself.

Tom's Guide did some real-world tests pitting the iPhone 7 vs. the Galaxy S8, and found that the S8 excelled in more categories than Apple's flagship phone. For example, when opening up 15 popular apps, the S8's Qualcomm Snapdragon 835 processor outpaced Apple's A10 processor. The review noted that this was "a bit of a surprise," but gave the unequivocal win to Samsung: "If you've been wondering whether Apple or Samsung makes the faster phone, you now have an answer: It's the Galaxy S8."

The Pixel phone is also fast, of course, but uses an older Qualcomm Snapdragon processor, the 821, which is slower than Qualcomm's newer 835. A phoneArena review comparing those two processors said: "All things considered, the Qualcomm Snapdragon 835 presents a very serious jump in performance and it will be up there with 2017's very fastest mobile processors."

The phones on this list are obviously some of the best available on the market, but that doesn't mean they all perform the same in all situations. The Verge did a comprehensive camera test of these phones, as well as the LG G6, and found that Google's Pixel XL captured the best photos. Reviewer Sean O'Kane wrote:

Right now, though, the Pixel simply captures better photos more often than the rest. It produces richer detail across the entire image, and it does this regardless of lighting.

He also mentioned that the iPhone 7 fell behind the competition more than he expected:

What surprised me the most is how the iPhone now feels a generation behind. It was harder to see last year when we pit the iPhone 7 against the Pixel and the less capable S7.

No head-to-head flagship-phone comparison is complete without knowing how well, or poorly, a smartphone's battery will hold up. But when phoneArena pitted these phones against each other in several reviews, battery life was nearly a wash:

The website noted one key difference, though: "Where the S8 excels is charging speed, as it takes about an hour and 40 minutes to top it up, while the iPhone needs 2 hours and 20 minutes." Faster charging is a big plus for smartphones, of course, which gives the S8 a slight advantage -- along with its wireless charging feature -- over the Pixel and iPhone.

Winner: Galaxy S8 by a nose.

Each company has built a fantastic display for its flagship devices, though displays vary slightly depending on which model you choose. To narrow down all of the specs, here are the details from each company's largest displays:

CNET talked up the S8+ display, saying: "It's a very high-resolution, 2,960x1,440-pixel display, and that makes text, images and video absolutely pop, even in direct sunlight." But the site also noted that the the S8's nearly edge-to-edge display means users will have to deal with some black bars on the sides of videos, or adjust the screen so that it crops to fit the entire display.

A separate review from The Verge concurred and called the S8 screen one of the best, saying that it is "clearly the marquee feature" of the phone.

It's clear that Samsung's new Galaxy S8 phones come out on top when compared to the iPhone 7 and Google's Pixel. The device should help Samsung continue fighting against Apple in the coming quarters, particularly since it just launched in March and most of Samsung's smartphone shipment numbers don't even include the new devices.

It's worth noting, though, that Apple is just a few months away from unveiling its next-generation iPhone. Apple is expected to boost the processor, screen resolution, camera, and other features in the new device, which could help it outpace the S8. But until then...a hat tip to Samsung.

When investing geniuses David and Tom Gardner have a stock tip, it can pay to listen. After all, the newsletter they have run for over a decade, Motley Fool Stock Advisor , has tripled the market.*

David and Tom just revealed what they believe are the 10 best stocks for investors to buy right now... and Apple wasn't one of them! That's right -- they think these 10 stocks are even better buys.