It seems that PoS coins tend to be popular in so called "bear" periods. When I say "periods" I would note that crypto years are like dog years, empires being made and destroyed in less time than it takes to run your bath.

PoS has its issues of course, not least of which is the potential for doublespend. To be honest I haven't really seen a true PoS coin which I liked much, except maybe Neo. Smartcash however uses a hybrid PoS/PoW system which I think is potentially a good strategy going forward as maintaining network integrity is incentivized without having to use all the power in the universe to mine the coin... I think we may be seeing more of this going forward.

Smart Rewards in IMHO is the most compelling reason smartcash will see meteoric growth in the short term. In order to benefit from Smart rewards, you need to be holding 1000 smartcash in your wallet. So in a sense it is a reward for early adopters who buy and hold. At $0.25 - price at time of writing - this is within the reach of most people. THis is virtually guaranteed to create short term inflationary pressure on the price, though this is obviously no guarantee of long term adoption. 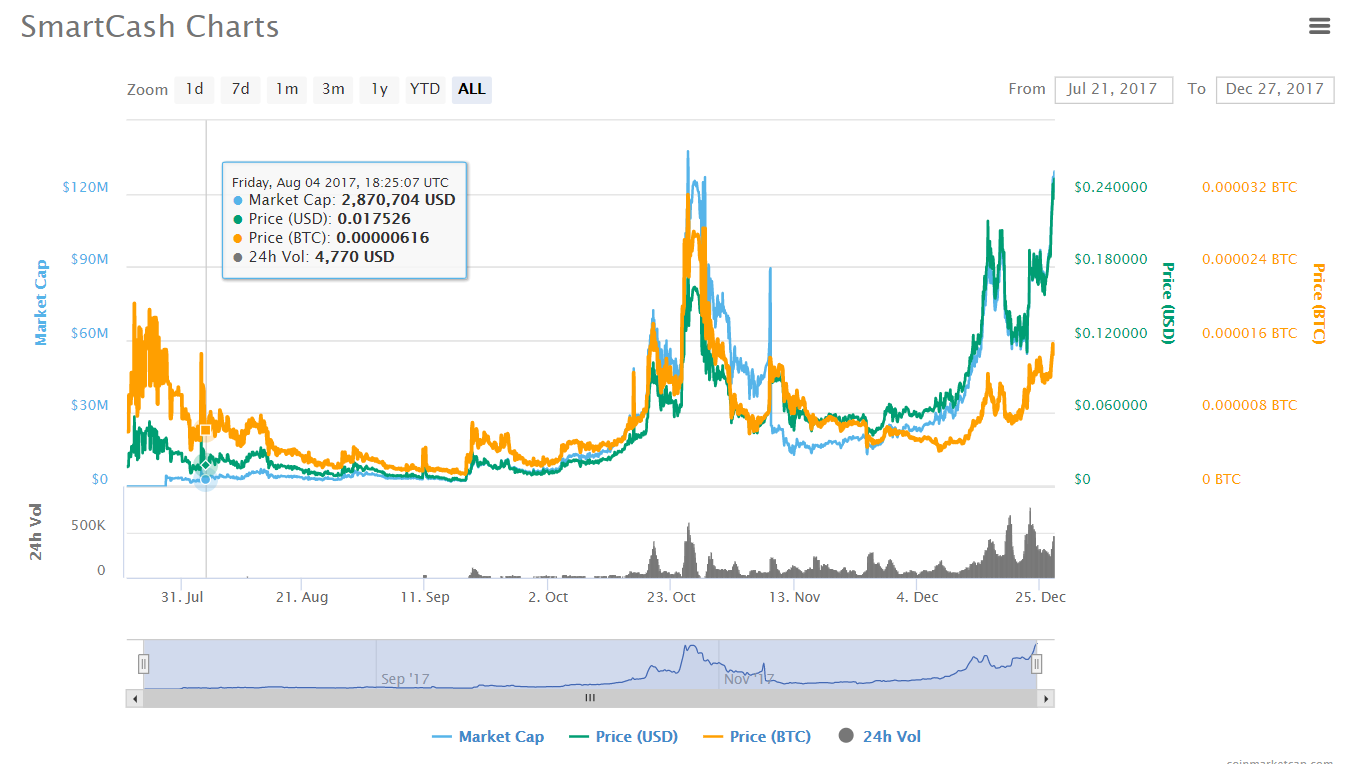 After an initial launch price of around 2 cents, price bottomed in early september at around half a cent. Speculative pump in October notwithstanding, the coin has been steadily increasing in value and market cap since and is currently sitting at $0.24. Theres no reason whatsoever this won't go over a dollar in price in '18.

Smartcash uses a Keecak SHA-3 algorithm based on the zerocoin protocol, so offers similar anonymity benefits to Zcash. It should be noted however that Zerocoin has had it's security issues in the past.

Smartcash has a "governance" portal which gives users and community members the opportunity to submit proposals for how the "community budget" is used. That's pretty cool, and there's some pretty cool little projects on there,

So I guess it's a lot like Dash in it's trying to build a community around a coin, which I like. 1 smartcash = 1 vote on proposals. Awesome. There also some cool stuff on the horizon such as "instantpay" for point of sale purchasing.

You know I see this a lot with new coins, the main guy is a pseudonym. In this case the "Hive coordinator" is "Solarminer". Is this to call back the mystery of satoshi Nakamoto?? Anonymity is not good as there's usually a reason its anonymous. Anyhow, here's a video of John Mcafee being impressed by the Dash Drink N Soda machine allegedly created by "Solarminer".

The founders are all linked to a company called "Even3" and interestingly, none of them mention smartcash on their linkedin pages. I have a feeling that association with another project is also the reason the main smartcash developer is using a pseudonym... maybe.. 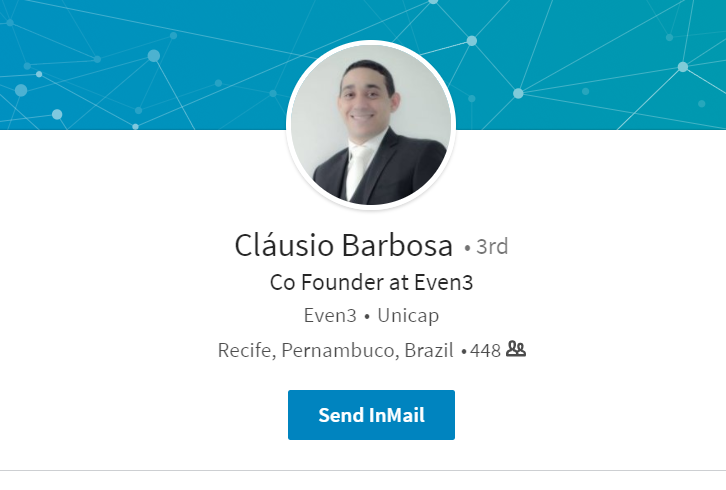 "David Kevork" is listed as a developer, his linkedin also does not mention smartcash and his pedigree is that of a "self-taught" programmer "Have build many websites and apps which have taught me precious lessons. Have helped people in fixing their code, and contributed to open source world by sharing some of the scripts on GitHub. c-founder of https://nerdylab.me/ which has now been shut down" - poor english and not great xp for a crypto startup dev team.

Not a lot going on that I can find, correct me in comments if I'm wrong.

Personally I am rolling the dice on 1000 and we'll see where it goes. I got in @ $0.16 and I'll likely sell it if it gets within a sniff of $1 unless something changes my mind.

Thanks for your time reviewing SmartCash :-)

thanks cknr7, upvoted and followed. I kinda like it except for the team.