Most mornings I awake observantly to assess the world around me before starting my day and channeling selective bits of positivity. This morning in particular, I was overtly bombarded with ludicrous evidence of humanity's enslavement to Materialism and Consumption.

Materialism and Overconsumption leads to the degradation of the human experience by eroding our relationships between each other and our environment. Many Americans are slowly awakening to the fact that 'money' and 'material goods' cannot buy long-term happiness and fulfillment. Desparate individuals are frantically grasping for 'something' (anything) real and tangible in their lives for which they can leech onto in an effort to 'make them whole' or 'give them purpose'.

Humanity is morbidly dawdling in a haze of complacence, arrogance, self-indulgence, ignorance, and deceit while frighteningly unaware of its own calamity. Like a dystopian episode of The Twilight Zone, Humanity jumped head first into the Cult of Materialism and has yet to come up for air. The Mainstream Media keeps members of this Cult perpetually confused, living in fear, and focused on negative threats in order to prevent individuals from thinking rationally. All Cult Members have been brainwashed into working, suffering, sacrificing, and dying in pursuit of the American Dream. By controlling your 'information' as well as your 'money', systems that promote alternative methods of existence or attempt to enlighten individuals and promote free thinking are immediately silenced and discredited. 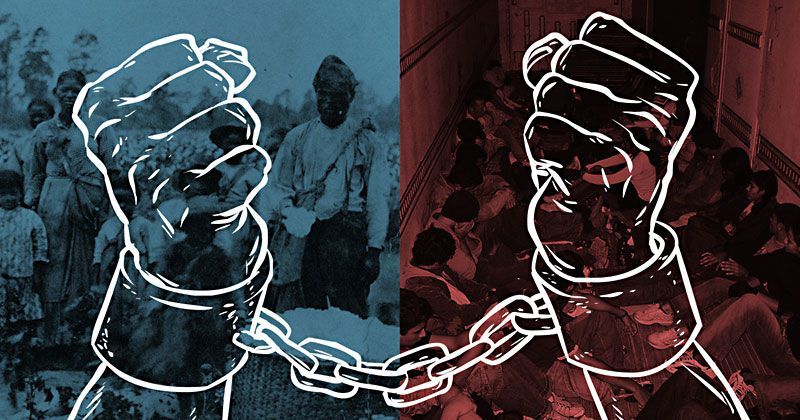 Exactly how did we conspicuously regress from a free and sophisticated society into gangs of mindless, hedonistic, psychotic, narcissistic individuals? Getting to this point has been an arduous process resulting in an unsustainable system of self-imposed slavery in which individual identities are shaped by illusory notions of ownership and control, stripping individuals of the happiness that comes from meaningful and cooperative relationships with fellow humans, our environment, and our universe which makes life possible.

From the beginning, humanity's primary problem has been scarcity. Experiencing a 'lack' of something drives our desire to harness and master natural systems in order to overcome scarcity and live in abundance. For example, when religion was our dominant social influence, it reinforced the mass willingness to be satisfied with the bare necessities. Frugality and not self-indulgence reflected the wisdom of the ages because what really mattered to most people was life beyond death, NOT opulence and decadence here on Earth.

However, after thousands of years of living in scarcity, something would inevitably change. Innovations in areas such as agriculture, transportation, medicine, and hygiene forced a new explosion of material goods. These innovations fueled individuals desires for worldly possessions which fostered manipulation and control of the people by banks and institutions seeking to amass great wealth and exploit the people. Bankers and merchants made it socially acceptable to consume in excess, flaunt their wealth, and rape the environment. This became a turning point where banks and institutions acquired so much wealth and power that they overwhelmed kings and governments efforts to protect the people.

In 1776, Adam Smith would capture the spirit of self-interested individualism in his book "The Wealth of Nations". He argued that self-indulgence worked as an economic driver that would make everyone wealthy. The best way to encourage economic growth, Smith argued, is to unleash individuals to pursue their own selfish economic interests and he provided the model for an economic system based upon false materialist assumptions that would begin to take over the world.

The fate of the modern era was sealed with the invention of the steam powered engine and the beginning of the industrial revolution. During the 19th century, it began to look like scarcity may be overcome as manufacturing, technology, and advertising powered exponential materialist growth. By this point The Cult of Materialism had essentially become Our Culture. People abandoned sustainable relationships with the natural world and each other because creating temptation and seduction seemed more lucrative than providing consumers with real products and information.

The high priests of advertising then turned to psychology to perfect methods of high-jacking our subconscious and usher in the Age of Runaway Materialism. It wasn't what products did that mattered, it was the kind of person that products promised to make you. Materialism became embedded deep inside our subconscious, exploiting our emotions and instincts, and fabricating our identities. Brainwashed to desire manufactured objects and reject our intrinsic relationships with nature, humanity unknowingly unleashed a monster so powerful that it completely enslaved us.

Mainstream Media incessantly demands the need for increased consumer spending and endless economic growth while bombarding the public with mixed messaging suggesting that the good life is only attainable by making money and spending it all on products that promise to make you happy and fulfilled.

Trillions of dollars are spent each year brandishing materialist propaganda onto every available public surface and virtual space to influence your thinking, highjack your identity, and ensure your compliance. The USA consists of only 5% of the world's population yet we consume over 25% of the planet's natural resources. Instead of using our incredible position of privilege to solve humanities most imperative problems, we're worshiping meaningless possessions and window-shopping from one shiny object to the next while the world disintegrates into chaos.

Our endless materialist consumption comes at an enormous cost and we're paying for this infinite turmoil with the prosperity for humanity, our planet, and our future. Rather than gaining happiness, humanity is becoming more miserable, shallow, disconnected, paranoid, and self-destructive than ever before. Depression, disorientation, anxiety, substance abuse, and suicide are attributes of those who fall victim to materialist values. These materialist values radiate through society like a virus causing social and environmental destruction as well as extreme economic inequality. Humanity now finds itself helplessly trapped in an unsustainable lifestyle seeking a way out from its bondage.

If there is any hope for our survival on this planet and with each other, we must aspire to reduce our materialist values and engage in more sustainable practices and ideals while setting an example for the rest of the developing world. If the developing world were to currently consume as much as the USA, we would need TWO ADDITIONAL PLANETS to accommodate the supply of food, energy, water, and raw materials required to meet this demand.

We should strive towards minimizing wasteful inefficiencies, decreasing our insecurities, respecting our bare needs, maximizing efficiencies, re-evaluating object-ownership, growing local, and eliminating manipulative advertising. For example, when buying any product, first ask yourself "Do I really need this item? New?" Then do your research to ensure that you are buying items that will meet your needs for extended periods of time with minimal negative impact to our society and our planet. We must also re-assess the role of 'money' as our primary measure of success and seek a new philosophy to guide us while replacing the dangerous and destructive myth of materialism.

Seeking a transformative shift of our self-understanding and realizing what makes us 'complete people' should not be trivialized. Forming this shift will be challenging because the system thrives on you NOT knowing your true-self and your true-authority. The Cult will have you believe that you are nothing more than an object to be owned and controlled by the system. However, humans are resourceful and each year more individuals are becoming empowered, working less hours, spending more time with family and friends, becoming more conscious, choosing smaller homes, buying less crap, eating healthier, enhancing their relationships with nature, and transforming relationships of power and control into partnerships of cooperation. Understanding that you have the authority to control your destiny is the first step towards escaping the Trap of Materialism...

Very interesting read, got me thinking about what I value, needs verse wants. Great post and and keep up the good work.

@liberian Thank you for the encouragement, I'm glad this post struck a chord with you. Welcome to the awakening!