Metro Manila (CNN Philippines, February 12) — The government looked for Filipino domestic helper Joanna Demafelis in Kuwait when she was reported missing, but gave up after the agency that recruited her to the Middle East closed down.

"A communication was sent to our welfare officers in Kuwait, and there was a follow-up email on March 17, 2017, and what happened thereafter is that our welfare officers ascertained the existence of the Kuwaiti agency," Overseas Workers Welfare Administration (OWWA) administrator Hans Cacdac told CNN Philippines' News Night on Monday.

The check was done after the older sister of Demafelis, Jessica, reported to the agency on February 28, 2017 that their family had lost contact with Joanna after May 2016. 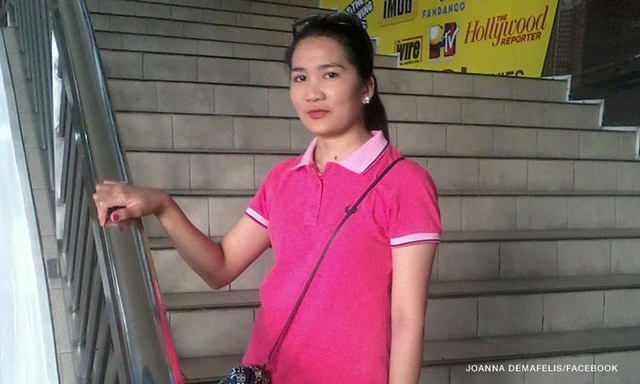