Ever have a thing on the to-do list that's far enough away that you don't have to worry about it and then, suddenly, looms over you with deadline urgency? This was me with the Hugo Awards nominations ballot this year. The deadline was last night, and I finally did my ballot yesterday, after numerous tweets told me the time has come and almost past. Yikes. 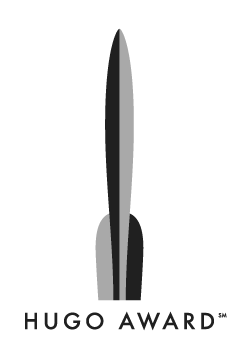 Fortunately, in addition to my own faulty memory, I have made some relevant posts, and also have my wiki and the Hugo Spreadsheet of Doom to help jog my memory. Is my ballot perfect? Probably not! Did I forget great stuff? Probably! I was in a rush! But it's a good ballot. I like the stuff I nominated. Note that in most categories the links are to actually read or listen to the nominee. Free stuff awaits you!

The Black Tides of Heaven by JY Yang
All Systems Red by Martha Wells
Down Among the Sticks and Bones by Seanan McGuire
River of Teeth by Sarah Gailey
Binti: Home by Nnedi Okorafor

Children of Thorns, Children of Water by Aliette de Bodard
Come See the Living Dryad by Theodora Goss
A Series of Steaks by Vina Jie-Min Prasad
Later, Let's Tear Up The Inner Sanctum by A. Merc Rustad
The Secret Life of Bots by Suzanne Palmer

I definitely don't feel confident that I didn't miss some great stuff here. But these are all worthy.

These are all super good.

I didn't nominate the Broken Earth trilogy for best series, despite it being the actual best series, because Jemisin said she didn't want people to do that, feeling that the first two books have already been awarded (both won Best Novel). While I disagree with the decision, and think Best Series should go to the Best Series regardless of the individual books' success in the award, I respect her wishes. The Divine Cities is probably my favorite of the remaining eligible series.

Luminescent Threads: Connections to Octavia E. Butler edited by Alexandra Pierce and Mimi Mondal
Crash Override by Zoe Quinn
A Work of Art is a Refuge and Resistance by Dawn Xiana Moon
The Shape of the Darkness as It Overtakes Us by Dimas Ilaw
Hugo Spreadsheet of Doom

I like the variety here. I specifically nominated the Spreadsheet of doom because it both predates my wiki and consistently has more stuff in it.

Didn't go super in depth here, as my comics reading in 2017 has not been great. These are all good, though.

I definitely missed some stuff here. But I got Steal The Stars in, and really hope it makes it on the final ballot.

Definitely leaned a lot on the wiki and spreadsheet to remind me of stuff here. Which you can tell because I have a Doctor Who episode despite thinking Who and GoT have been rewarded enough in the Hugos.

These people are all doing great work.

These is definitely my Usual Suspects list, but I'm good with it.

These are all awesome magazines y'all should be reading.

nerds of a feather, flock together
SF Bluestocking
The Rec Center

I totally got stumped here. And both my Wiki and the Spreadsheet didn't have many options I know and love.

Let's get Galactic Suburbia that Hugo!

I like these people as people and as writers.

Operation Get Likhain a Hugo For Her Amazing Art continues.

I didn't read enough YA this year. These are good, though. Strongly rooting for Older here.

I broke my rule of not nominating authors in their first year of eligibility, and I'm not happy about it. Really just ran out of time. Not that my nominees aren't good, mind! They're great!

In general, I feel more time would have produced a ballot I'd be able to fully stand behind, knowing I nominated the very best. But life is life, and we moved and there were deadlines. And I nominated good stuff and people who do good work. Better to send out an imperfect ballot than no ballot at all.