Is it still possible to save the planet?!?! And you don't even have to became a vegan.

Ok, we all know (or we all should) that cows are one of the major issues when it comes to environmental impact. Well at least we have seen cowspiracy (you can still see if you haven´t) so we know that when it comes to energy, water and land use around the world, cows or cattle farming is responsible for the gross amount of methane gas produced. Even if you don't know much about scientific and statistics facts, if you spend some time observing the world around you (and you don't need that much time) you will get the basics, the amount of water and land (energy) needed for cattle growing is way too unbalanced and inefficient if we have into account that only a small % of that energy is actually converted in food we eat.

This becomes even worst considering that the food produced is intended to feed the high demand that exists on specific geographic areas of our planet. Don't forget that we live in a civilization where obesity and starvation are major problems (hmm?!?! yes)

But back to methane gas, so it looks that methane plays a very central role in our environment and that is what is killing the planet. But why is that?

The land needed for cattle farming means that each day (and I mean day) more and more trees are being cut, such as parts of the Amazonian Rainforest. Now think about it, forests are the main producers of oxygen and cows are the main producers of methane (done the match?!), meaning less oxygen is produced and replaced by methane. This doesn't sound good, we may as well go to Mars.

Here are some facts (I am going to quote just a few, have a look at http://www.cowspiracy.com/facts/ to see more:

Daaamn...enough of bad news, now the good news and the reason why I am posting this story.

It looks like it is possible to drastically reduce cattle methane emissions and this doesn't even mean losses in productivity.

The three year research program - The National Livestock Methane Program (NLMP) - was conducted by MLA (Meat & Livestock Australia) and funded by the Department of Agriculture, under the Filling the Research Gap Program. It was developed to coordinate national research to reduce methane emissions from livestock while increasing productivity.

Apparently, by feeding cows with red dried macro-algae as a supplement, specially algae species Asparagopsis taxiformis it is possible to reduce methane emissions up to 80% (https://www.beefcentral.com/production/research-and-development/methane-reduction-project-points-to-exciting-solutions-video/).

WOOW how fantastic would that be for our planet!! You will still have some other concerning problems as deforestation, but it is a f****** great start.

So what is need now is to test it, which means experiment it in some pilot areas and develop ways to ground growing the red algae in sustainability.

That is the aim of a portuguese company located in Horta, Azores, called Oceanic Motion – Ocean Innovation Center which is determined to make Azores the first place with methane free cows. 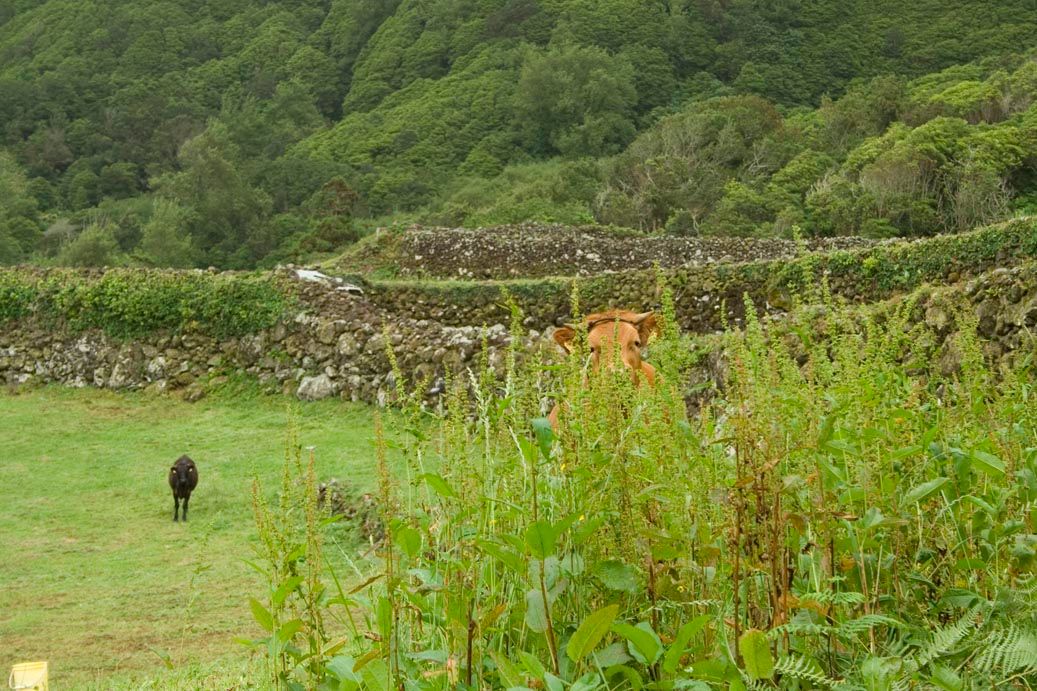 I learned about this after attending a conference at the GreenFest 2017 that took place in Estoril and where I heard the companies' founder speak.

For the ones who want to learn more about the The National Livestock Methane Program (NLMP) take a look at the following video.

important to know we are talking about 4 legs cows, not 2 legs cows......by the way, you were in Estoril, are you Portuguese?

now I read the article properly....HOLLY COW!!!!! ;) Isn't there a way to filter the air? But Methane(CH4) + O2 => CO2 + 2H2....But CO2 + H2O(water we have a lot because its the biggest part of our planet) then after that will go for H2CO3 that will again descompose to CO2 + H2O....As CO2 is needed for the trees to produce O2 by photosynthesis, then the O2 will go for the H2 that results from first reaction from CH4 + O2 and everything returns to its equilibrium right? I admit I dont understand a lot about these issues but I believe there are multi-billion dollar environmental organizations that are good ways to make money for corrupt politicians and lobbies....Al Gore is making millions and millions speaking about environment while, at the same time, uses and abuses of private jets