writesbackwards (70)in #science • 3 years ago

The promise of immortality is one of humanity’s great carrots. A chance to live forever as yourself (or better) in eternal bliss is an enticing prospect, offered to the weary and desperate by hucksters and conmen for thousands of years. Typically, the method of attaining permanent life was found through devotion to a religion. From Valhalla to the Kingdom of Jesus Christ to Olam Ha-Ba, a glittering (or not so glittering) future awaits you after death. Take your pick, they all have a version, some more appealing than others. Now science does too! 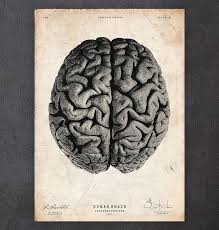 A company called Netcombe is claiming they have developed a procedure that preserves the functional integrity of the brain after death. The idea is that one day technology will be developed that will allow your consciousness to be downloaded into a digital form, thus achieving eternal life. So, what Netcombe is offering is really just a Phase One of a two phase process, the second of which doesn’t even exist yet. The details are complicated and more than a little creepy, but the gist of it is that Netcombe, in zombie-like fashion, needs fresh brains for their technique to work. So, using End of Life Option laws in places like California, they euthanize terminal patients using a special embalming fluid which blocks off the brain from the body while keeping the brain alive, though no longer conscious. 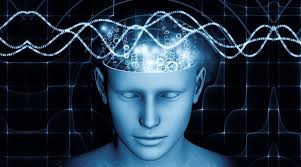 Then, some day, maybe a hundred years from now, the preserved brains are then tapped for their contents, which are then joyously transferred to the cloud, or some such digital network, where a version of you (but not YOU, because YOU already died a century ago). Transhumanists are a weird bunch. As research, this is interesting stuff. We don’t know a lot about how our brains actually work, and this seems like it could take us down some interesting paths. But in practice? Nonsense. It’s another version of cryonics, which isn’t even good science FICTION.

But, there are always very rich, very silly people willing to part with their money for a chance to live forever. Hallelujah! Woah, this is pretty interesting. I wonder how well the brains will hold up over time if the technology for phase 2 takes longer than expected. I don't suppose they have actually tested wait periods that are 30, 40 or 50 years long?

Just went to check up "Netcombe" over the net and i couldn't find anything. Am sorry but i still doubt its existence and even if it does exist from what you wrote

The details are complicated and more than a little creepy, but the gist of it is that Netcombe, in zombie-like fashion, needs fresh brains for their technique to work. So, using End of Life Option laws in places like California, they euthanize terminal patients using a special embalming fluid which blocks off the brain from the body while keeping the brain alive, though no longer conscious.

If i read what i just cited well, It doesnt make you fully immortal because a part of you (your body) might be lost.
Reading this post reminds me of a movie which was actually a fiction though, the originals. Immortality was also put into display. Yes they do swap bodies but their former body were always preserved till they came back to them.

Still insist that Jesus christ is the only way to eternal life.

How is that possible to preserves the functional integrity of the brain after death but thanks writesbackwards for pointing out that company that claimed I will wait for your next amazing story post you are just great.

sir @writesbackwards, Is this possible to keep brains alive without a alive body? If we can keep it alive maybe in future it could be used i think. Thanks for sharing this idea. Keep sharing like this sir. Many many good wishes for you sir. Go on.

Good luck to them. I don't even get what the craze is about living forever, especially on this Earth.

Woah, this is pretty interesting

I saw your writing, I liked it very much
I want to see something better in the future.
Be good friends.

@writesbackwards after reading your post.. the only thing that really comes to mind is merging with the blockchain after death to chase that immortality.. so i guess it depends on which super rich crypro person gets the idea to make a crypto from immortality.

This was amazing reading was interesting and interesting, wonderful, Odd

Good read! The thought of it is both amazing and scary. If human consciousness can be transferred in digital form, then it might be the end of religion.

Congratulations @writesbackwards! You have completed some achievement on Steemit and have been rewarded with new badge(s) :

Hmm.... Still trying to process... I don't even know what to say