THE INFLUENCE OF MUSIC ON THE BRAIN Image source
It is a well known fact that a whole lot of people enjoy music to a great extent, be it gospel or secular. Music does, indeed, improve brain health in many ways. Amazingly, music can affect one's emotions and mood to a great extent.

Several areas of the brain are activated when listening to music as well as when playing music. I'll focus on four parts for this post.

In science, there is a field known as COGNITIVE NEUROSCIENCE. according to Wikipedia, cognitive Neuroscience of music is the scientific study of brain-based mechanisms involved in the cognitive processes underlying music. These behaviours include music listening, performing, composing, reading, writing and ancillary activities. It is also increasingly concerned with the brain basis for musical aesthetics and musical emotion.
The cognitive Neuroscience of music represents a significant branch of music psychology, and is different from other related fields such as cognitive musicology in its reliance on direct observations of the brain and use of techniques such as Functional Magnetic Resonance Imaging (FMRI), Transcranial Magnetic Stimulation (TMS), Magnetoencephalography (MEG), Electroencephalography (EEG) and Positron Emission Tomography (PET).
The interest in the effects of music on the brain has led to a new branch of research called NEUROMUSICOLOGY which explores how the nervous system reacts to music.

MUSIC CAN IMPROVE YOUR MOOD 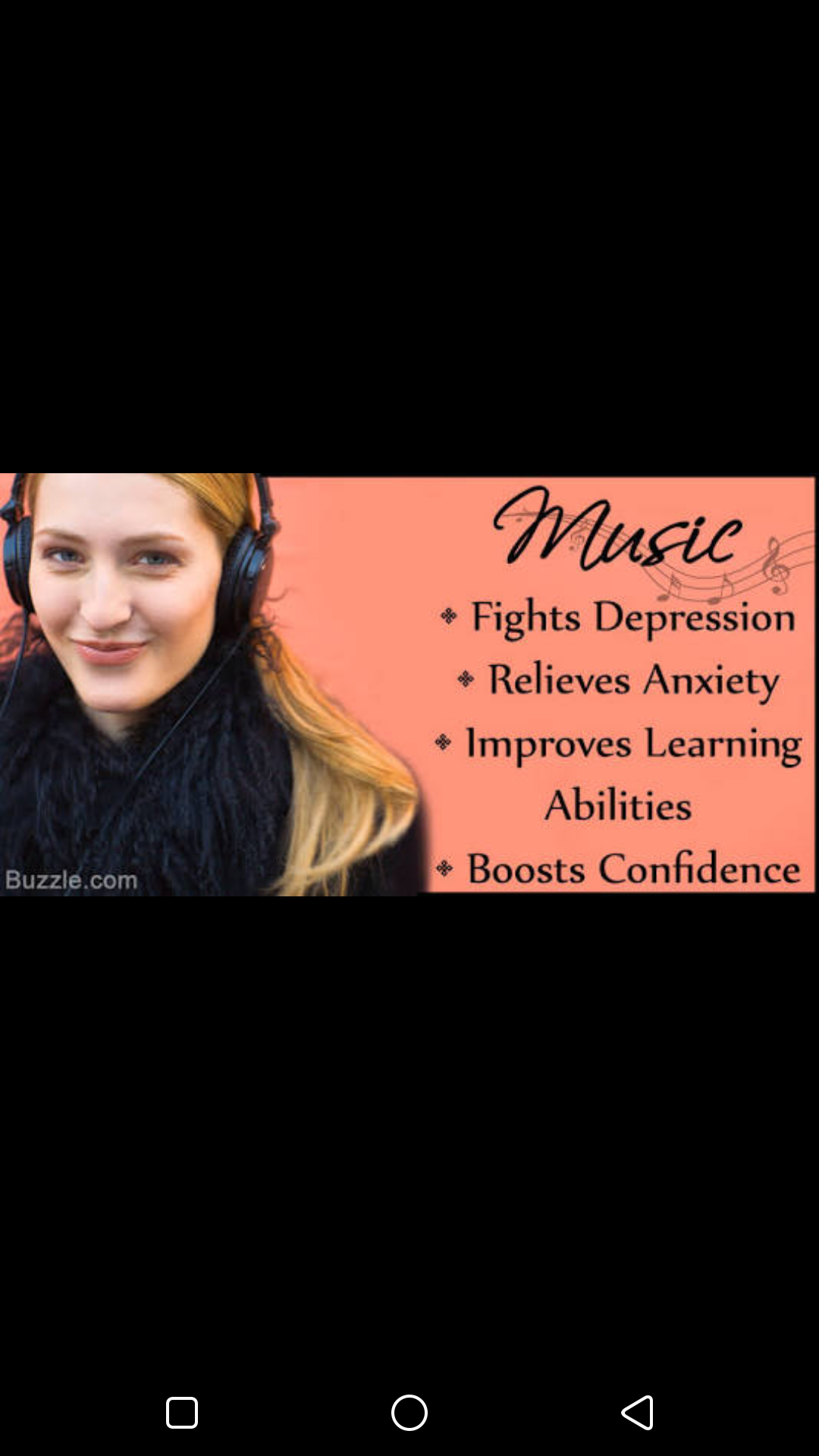 Image source
Science has proved that listening to, and playing music, reduces chronic stress by lowering the stress hormone, Cortisol. Surprisingly, listening to sad music also has its benefits. For example, if you are depressed, or going through a tough time, listening to sad music can help you get in touch with your emotions, process those emotions, and help you heal.
Another way that music can affect mood is by stimulating the secretion of certain brain chemicals e.g Dopamine. Dopamine is the brain's motivation currency/molecule and is also responsible for the feel-good states derived from eating chocolates, orgasm etc.

Generally, it can be said that music is an important part of our physical and emotional well-being. Image source
Listening to music has been shown to improve memory functioning, increase rate of healing, improve one's workouts and lots more.
So next time you hit up your favorite jamz, think on these benefits and you're sure to enjoy yourself far more than usual.

This is really educative...

I find it fascinating that years after studies by Pjotr Garjajev and his colleagues explored the vibrational behaviour of the DNA, modern studies are starting to show that our DNA can be reprogrammed through frequency, AKA music! This is what prompted me to take all the stories I was receiving about the healing effects of plant music produced by plants using the Music of the Plants device, and do a formal medical study. We have been using NLP and other forms of self-help for years, but can you imagine what it will be like when we can create soundscapes to help us reprogram parts of our DNA? Just think of the repercussions in genetic studies!

Seriously that would be a great feat achieved.

It is closer than you think. There is lots of evidence showing that this is exactly what we do when we do chanting and use affirmations. There are now studies being conducted on introducing these frequencies directly into music, kind of like the Hemi-sync and MetaMusic projects from the Monroe Institute. And Genodics has already been creating music encoded with specific proteins to act as insecticide for plants!