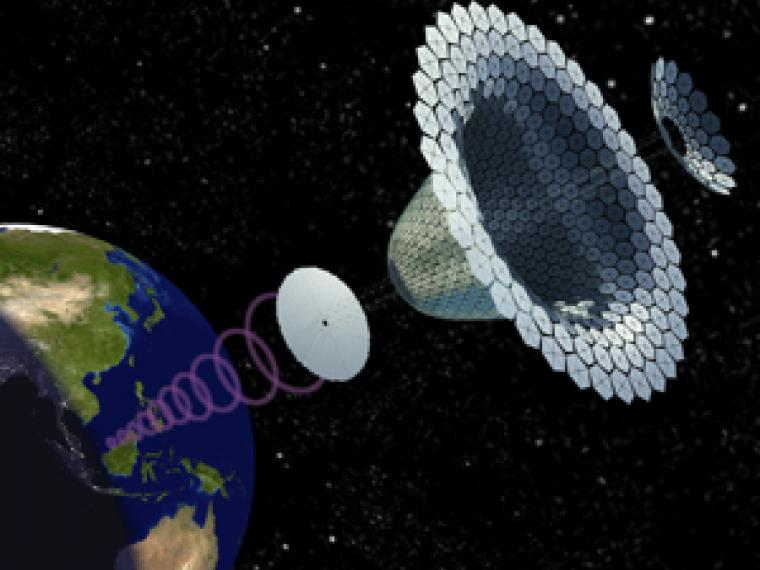 For a few years, the United States has been betting heavily on solar energy: a few weeks ago, for example, the largest power plant in the world was set up in the Californian Mojave desert.

But the projects to take advantage of this clean and inexhaustible source go even further. Even beyond Earth.

Because, as he recently revealed in a press release, the US Navy is developing the concept of a gigantic facility - as large as nine football fields - that would orbit in space.

The engineers of the Naval Research Laboratory (NRL) have already designed a module with three different parts: a photovoltaic panel, an electronic device that converts the energy into radio frequency and an antenna that directs it to the receivers of the Earth.

The prototype has even been tested under conditions similar to those that prevail outside our atmosphere. The plan foresees to assemble with robots both the modules and the ring of reflectors that would concentrate the solar rays on them.

In principle, the objective is to supply energy anywhere on the planet, however remote, where a military operation or humanitarian aid takes place.

Currently, the transport of fuel or electric generators to these sites is complex, expensive and dangerous. But neither should we rule out the civilian use of the solar satellite, which could supply electricity to an entire city, according to spokesmen for the US Navy.

This post has received a 0.06 % upvote from @drotto thanks to: @justlikeapill.