The Fascinating Story Of Whistled Languages: Meet The People Who Can Sing Like Birds! What's the most beautiful language in the world? French? Italian? Or maybe something completely different...

Have you ever thought of whistling as a means of communication, as a unique melodic language?

Most people only use whistling to call for attention, but nothing more complex than that.
But actually, more than 70 groups of people have been identified who use a complex system of whistling to communicate.

Researching these languages has revealed new insights to the origins of language, as well as our brain's ability to decode auditory signals.

One of these tribes that has incorporated whistling into their language is a community from the Hmong people, whose territory is at the foothills of the Himalayas.
Like most communities located in mountain areas, the whistling was developed to help farmers or sheperds communicate over long distances of up to 8km.
While the mountains are a great location for whistling due to the Echo that they provide, it's not the only location where this form of communication is used.
Certain Inuit groups use whistling while fishing at sea, communicating across several boats.
And hunters in the deep amazonian forest use whistling techniques to locate each other and don't get lost in the dense vegetation. An added benefit in this case is that whistling doesn't scare potential prey aware, as opposed to regular speech.
Whistling has also been used during war times to avoid eavesdroppers and communicate in secret.

Other examples for whistling still being used today are certain areas in turkey or the island La Gomera, one of the canary islands:

How exactly can a whistle store so much information?

For most of us, a whistle seems pretty simple and it's hard to imagine how you could turn it into an actual language which contains lots of meaning and information.
But it all depends on a change of pitch.
Each "whistle dialect" is based on a spoken language - and first of all, you have to determine whether the original language is "tonal" or not.
Most Asian languages for example are tonal: the pitch of a single syllable in a word can change its meaning. In this case, the whistles mimic the melodies of the spoken sentence.
In other languages (for example spanish, which is not tonal), the whistles follow the changes in resonance of the different vowel sounds. Consonants are discerned by how quickly the whistles change and jump from note to note.

Still, it could be pretty much impossible for us to decipher what someone whistles to us, even if we knew about the concept behind it.
But experts say that "fluent whistlers" can understand whistles messages with 90% accuracy.
And bystanders are able to understand which vocals correspond to which whistles - as long as they are fluent in the spoken language. How whistling taught researchers something new about our brain's structure

The general assumption is that each side of the brain is specialized for certain tasks. Language, for example, is being processed in the left hemisphere.
But Onur Gunturkun from the Ruhr University in Bochum, Germany asked himself if the same would be true for whistled languages as well.

He travelled to Kuskoy - a small turkish village near the black sea, also called "the village of birds".
The people here, especially sheperds and fishermen, use whistles to communicate across the mountains and river valleys.

To test the theory, Gunturkun played similar syllables in each ear and asked the participants what exactly they've heard.
Each ear is counter-wired with the opposite hemisphere of the brain - so for example the left ear is wired to the right side of the brain.
According to the conventional theory of how our brains process language, the word played in the right ear would be heard quicker because there is a direct connection from the right ear to the left side of the brain, the area where we manage language. But interestingly, this theory did not comply with the whistlers: they managed to distinguish between both sounds, which means that both sides of the brain were being used to process the whistled signals. This may sound like a small detail but it's actually quite the scientific revolution.
It demonstrates how flexible the brain is and how it adapts to changes. And this new insight might even help people who have lost their ability to speak after a stroke: When their left hemisphere was damaged, they might be able to switch the language processing to the right hemisphere and re-learn to communicate via whistling.

Whistling and the origins of human language

According to Charles Darwin's evolutionary theory, humans first started singing before they started talking.
He called this "musical protolanguage", suggesting that music and language arose together and that specialized language actually developed from music.
Similar to birds, the "musical protolanguage" could have been used to scare rivals and form social bonds, but without specific meaning. Then over time, humans gained more control over their vocal cords, specializing their sounds and slowly forming the first basics of language.

So what if we started out with whistling, instead of singing?

It would all make sense:
Whistling started out as musical protolanguage, but got more complex over time and carried more and more meaning. Then, it was ideal for hunting and communicating in the wild.
Also, we know that primates can't talk like we do - but some of them have mastered whistling.

This would mean that whistling requires less complex vocal skills, making it a great "stepping stone" from musical protolanguage to the beginnings of actual human language.

A different kind of whistle 😂

Very interestingstory. I heard about some whistled languages in the world and I think it's an interesting way to communicate. When I was a child, in the village where I was born (Italy) people who work in the forest (to cut wood, to search mushrooms, etc) used to communicate each others in a similar way, singing like the birds ^_^

That's so interesting! Sadly it's a dying practice, not a lot of people know how to communicate like this anymore

interesting the art of whistling. Below is the type of whistling most of the culture knows!

Incredible. I had not idea this was going on and I love to whistle. :) Thanks for the post and expanding my knowledge of our world in such a positive way. Resteemed.

Thank you for the support, I appreciate it! And I'm glad I could provide you with some new information!

That is seriously fascinating :)

Glad that you enjoyed it! :)

Amazing, I whistle when I am happy 😊

True! Whistling is mostly a sign to express positive emotions or to call for attention

Errr we use it on the soccer pitch here in Nigeria alot, when we aint cussin each other during a game😊😊

Haha yes I can imagine that!

Just read the article from the BBC. Fascinating topic. The most beautiful language? Of those I recognize I favor Portuguese. Thanks for this information.

Portugese is beautiful too, very soft and fluent!

It is amazing that you pock up the unique and interesting subject.

Thank you! Glad you enjoyed it!

you are welcome.
one thing more.
my conclusion is you are a very smart person

Thank you 😄 I appreciate it!

I love whistling ! Nice post .
Thank you for your great effort @sirwinchester ! 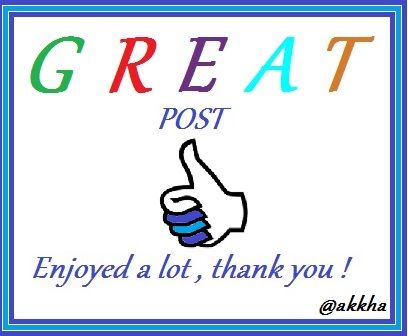 Thank you for the positive feedback, I appreciate it!

This post has been ranked within the top 10 most undervalued posts in the second half of May 28. We estimate that this post is undervalued by $54.61 as compared to a scenario in which every voter had an equal say.

See the full rankings and details in The Daily Tribune: May 28 - Part II. You can also read about some of our methodology, data analysis and technical details in our initial post.

That is very interesting.