Hello all steemians and science lover now let we learn more about Biological Membranes Are Phospholipid Bilayers That Contain Proteins.
A biological membrane or biomembrane is an enclosing or separating membrane that acts as a selectively permeable barrier within living things. Image credit : wikipedia
Biological membranes, in the form of eukaryotic cell membranes, consist of a phospholipid bilayer with embedded, integral and peripheral proteins used in communication and transportation of chemicals and ions. The bulk of lipid in a cell membrane provides a fluid matrix for proteins to rotate and laterally diffuse for physiological functioning. Proteins are adapted to high membrane fluidity environment of lipid bilayer with the presence of an annular lipid shell, consisting of lipid molecules bound tightly to surface of integral membrane proteins. The cell membranes are different from the isolating tissues formed by layers of cells, such as mucous membranes, basement membranes, and serous membranes.

The fluid mosaic model explains various observations regarding the structure of functional cell membranes. The model, which was devised by SJ Singer and GL Nicolson in 1972, describes the cell membrane as a two-dimensional liquid that restricts the lateral diffusion of membrane components. Such domains are defined by the existence of regions within the membrane with special lipid and protein composition that promote the formation of lipid rafts or protein and glycoprotein complexes. Image credit : micro.magnet.fsu.edu
Another way to define membrane domains is the association of the lipid membrane with the cytoskeleton filaments and the extracellular matrix through membrane proteins. The current model describes important features relevant to many cellular processes, including: cell-cell signaling, apoptosis, cell division, membrane budding, and cell fusion. 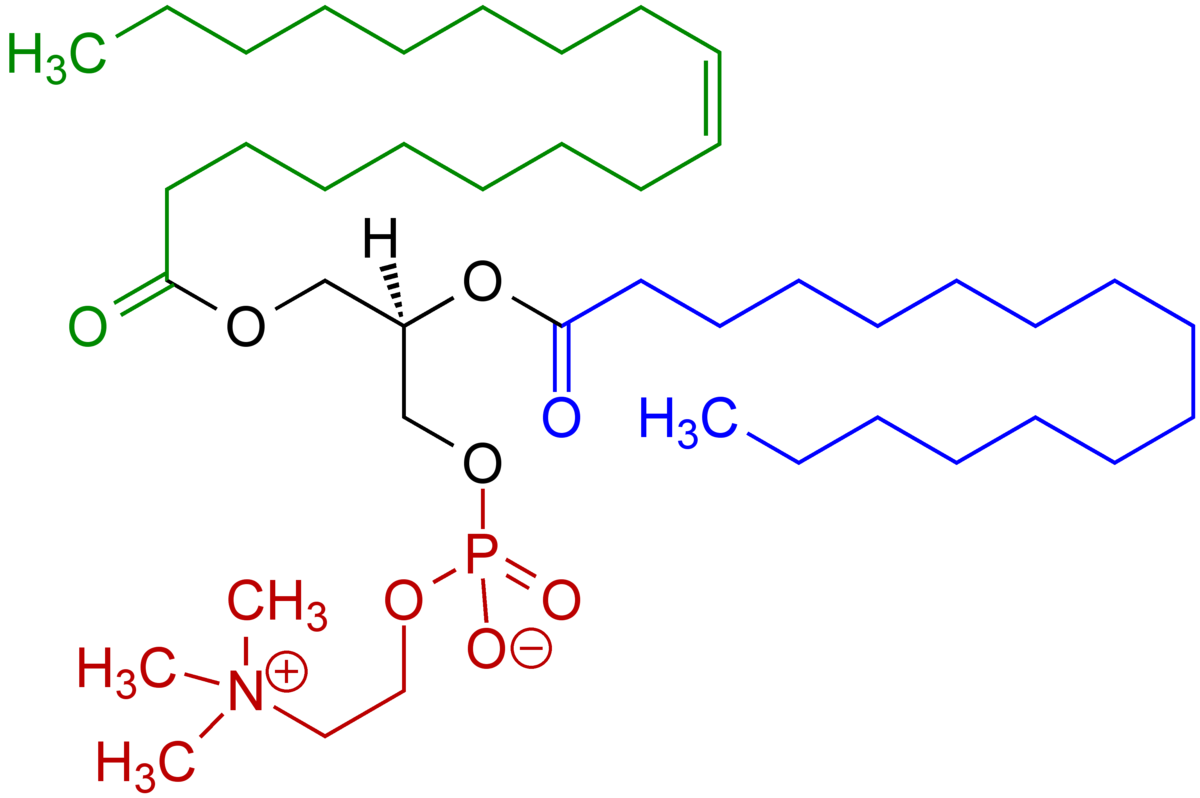 Image credit : wikipedia
Phospholipidsare a class of lipids that are a major component of all cell membranes. They can form lipid bilayers because of their amphiphilic characteristic. The structure of the phospholipid molecule generally consists of two hydrophobic fatty acid "tails" and a hydrophilic "head" consisting of a phosphate group. The two components are joined together by a glycerol molecule. The phosphate groups can be modified with simple organic molecules such as choline.

The first phospholipid identified in 1847 as such in biological tissues was lecithin, or phosphatidylcholine, in the egg yolk of chickens by the French chemist and pharmacist, Theodore Nicolas Gobley. Biological membranes in eukaryotes also contain another class of lipid, sterol, interspersed among the phospholipids and together they provide membrane fluidity and mechanical strength. Purified phospholipids are produced commercially and have found applications in nanotechnology and materials science. Those plastids that contain chlorophyll can carry out photosynthesis. Plastids can also store products like starch and can synthesize fatty acids and terpenes, which can be used for producing energy and as raw material for the synthesis of other molecules. For example, the components of the plant cuticle and its epicuticular wax are synthesized by the epidermal cells from palmitic acid, which is synthesized in the chloroplasts of the mesophyll tissue

Proteins are large biomolecules, or macromolecules, consisting of one or more long chains of amino acid residues. Proteins perform a vast array of functions within organisms, including catalysing metabolic reactions, DNA replication, responding to stimuli, and transporting molecules from one location to another. Proteins differ from one another primarily in their sequence of amino acids, which is dictated by the nucleotide sequence of their genes, and which usually results in protein folding into a specific three-dimensional structure that determines its activity. 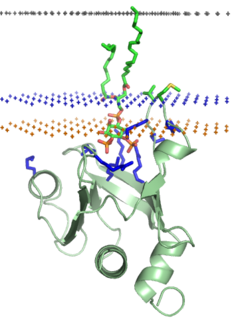 Peripheral proteins are bound to the membrane surface by noncovalent bonds, such as ionic bonds or hydrogen bonds, and can be dissociated from the membrane with high salt solutions or chaotropic agents, which break ionic and hydrogen bonds, respectively. Peripheral proteins serve a variety of functions in the cell. For example, some are involved in interactions between the plasma membrane and components of the cytoskeleton, such as microtubules and actin microfilaments.

Lipid-anchored proteins (also known as lipid-linked proteins) are proteins located on the surface of the cell membrane that are covalently attached to lipids embedded within the cell membrane. These proteins insert and assume a place in the bilayer structure of the membrane alongside the similar fatty acid tails. Anchored proteins are bound to the membrane surface via lipid molecules, to which they are covalently attached. These lipids include fatty acids (myristic acid and palmitic acid), prenyl groups derived from the isoprenoid pathway (farnesyl and geranylgeranyl groups), and glycosylphosphatidylinositol (GPI)-anchored proteins.

The lipid groups plays a role in protein interaction and can contribute to the function of the protein to which it is attached. Furthermore, the lipid serves as a mediator of membrane associations or as a determinant for specific protein-protein interactions. For example, lipid groups can play an important role in increasing molecular hydrophobicity. This allows for the interaction of proteins with cellular membranes and protein domains.

Tired of chasing down spun content that you are trying to pass off as your own research.

Okay, I have banned @moelflow.