What Does Make "BLUE SAPPHIRE" Look Fascinating and Expensive ?

Hello steemian, a few days ago i shared a post about Carborundum (SiC) and its application, nowdays i will share you about Corundum and its impurities in some mineral.

Blue Sapphire is a popular gemstone in the world, this gemstone has a distinctive color, shiny and very fascinating. This agate has high quality, it has a violent level of 9 Mohs scale. Blue sapphire basically not a rare agate but a quality Blue Sapphire agate is rarely found. Except of popularity, it also has very expensive price. 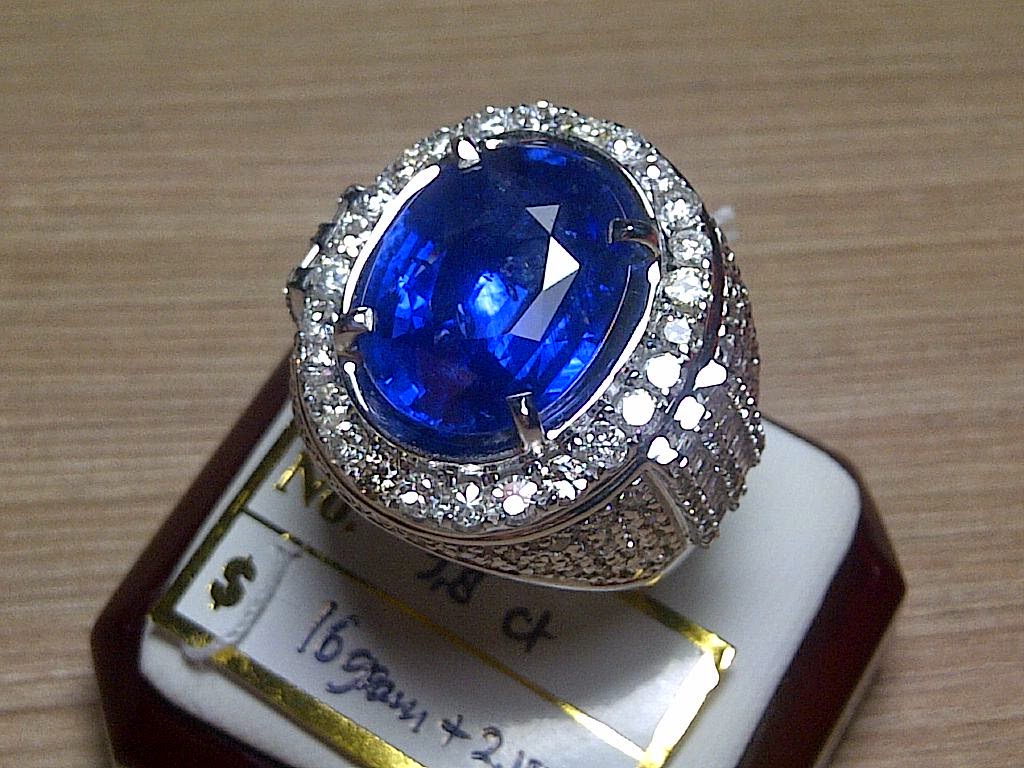 Source :infokitaduwe
Because of fantastic price, it hunted by collectors. However, the original Blue Sapphire have remarkable beauty. The most haunted blue sapphire is from Africa, this gemstone has good quality, It consists of several types based on the found place, such as Africa Australia, Sri Lanka, Burma, Ceylon, Russia and Thailand. Some people believe that Blue Sapphire agate has benefits, beside it being use for ring model, it also used for treatment. Some experts say Blue Sapphire has an electromagnetic waves that were beneficial for health treatment.

Most people doesn't realize that Blue sapphire and Ruby are both gems derived from corundum minerals, both of these gems have the same chemical composition and the same mineral structure. Some impurities element content determines whether corundum gems will be Ruby (Red gemstone) or Sapphire (Blue gemstone). This was very surprising, because the impurity element can determine of gemstone color from this mineral. The ruby (Red) and Sapphire (Blue) are two of many colors found in corundum mineral, small amounts of other elements can determine this gemstone be yellow, orange, green, and purple color. The red corundum mineral known as Ruby and blue corundum is known as Blue Sapphire, and corundum of other colors is known as the luxurious sapphire or called Fancy Sapphire.

The corundum can determine the gems in the color spectrum, as much as of iron and titanium content bounded in corundum minerals can form gemstone to blue color. This blue corundum known as "Blue Sapphire". The sapphire name is used for gemstone contain blue corundum mineral, which ranges from light blue to the dark blue. Some quality corundum minerals contain any chromium elements, and this element (Cr) will produce gemstone be the "Ruby". A small amount of chromium will give pink color in corundum, while a large chromium content will increase the saturation point in the color and produce bright red gemstone. Most of ruby in  market has gone through heating process to improve clarity color. 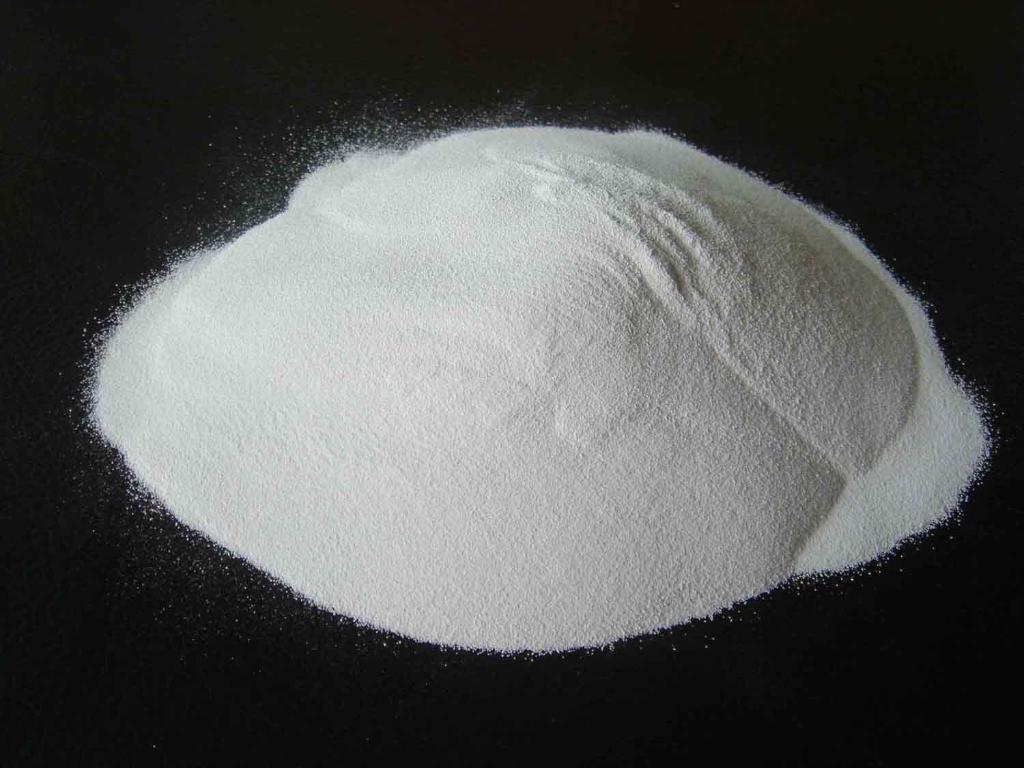 Corundum is a mineral (Hematite Group) formed from Aluminum oxide (Al2Ol3) compound mixed with other elements such as iron, titanium and chromium. Aluminum oxide is a chemical compound of aluminum and oxygen with a chemical formula called as alumina (Al2Ol3). Specifically it identified as aluminum (Al3+) oxide, It is commonly referred as alumina, alloxide, alloxy, or alundum depend on its shape. Alumina occurs naturally in its polymorphic phase (α-Al2Ol3) referred as corundum minerals, varieties that form precious ruby and sapphire gemstones. In use alumina produces aluminum, as abrasives due to its hardness, and as a refractory material due to its high melting point. Aluminum metal is highly reactive with oxygen and a thin passivation layer is formed on exposed aluminum surfaces to protects metal from further oxidation. The corundum was present in mica, gneiss, and some other minerals in metamorphic rocks, and it also present in low frozen silica such as syenite. in chemical formula ca be written :

Where α is a Ferro (Fe3+) or Titanium (Ti4+), the brightness and darkness of blue colors on the sapphire determin from iron and titanium concentration which bond on corundum (α-Al2Ol3) compound

Sapphires were mined from alluvial deposits or from major underground exploitation. The different sapphire geographic locations have different appearance or concentration of chemical impurities, and tend to contain various types of microscopic inclusions. Therefore, the sapphires divided into three categories, classic metamorphic, magmatic, and magmatic classics. Classical metamorphic sapphires from Kashmir, and Burma, have not undergone heat treatment.

The synthesis corundum was invented by Marc Antoine Gaudin in 1837, he have made a synthetic ruby by combining alumina and chromium as pigment at high temperatures, Then in 1847, Ebelmen make synthetic of white sapphire, he mixed alumina with boric acid. In 1903, Frimy and Auguste Verneuil made an artificial ruby by combining BaF2 and Al2O3 and a little chromium at temperatures above 2,000°C. Verneuil uses fire fusion in sapphire synthesis, this process enables the production of perfectly stainless crystal sapphires, It is also possible to create synthetic gem synthetic with flux synthesis and hydrothermal synthesis. In addition to jewelry, synthetic corundum is also used to produce mechanical parts such as optics, laser components, scratch resistant crystals, window instruments for satellites and spacecraft. In Verneuil process, a fine alumina powder added to oxyhydrogen flame, and it directed to cloak downward. Alumina in the flame was store slowly and creating a teardrop form "boule" of sapphire material. The chemical added to create sapphire (ruby) artificial versions and all other natural of sapphire colors. The Verneuil process has disadvantage that grown crystals have a high internal strain. The sapphire manufacturing method were used today is the Czochralski process was found in 1916 by Jan Czochralski. The small sapphire crystal seeds dipped in the container made of iridium metal or molybdenum contain aqueous alumina (liquid), then alumina slowly pulled upward at a rate of 1 to 100 mm per hour, the end is the Alumina crystallizes creates a long-term shape with large size.

Basically, all minerals formed by natural processes, the color of corundum depends on chemical element bonds on the corundum minerals, in the element formula impurities symbolized by alpha (α), the impurities element consists of Chromium (Cr), Iron (Fe3+), Titanium (Ti4+), these elements was makes the gemstone look beautiful.

2 bluesapphire
Support Scientist By Use #science tag or join @steemSTEM

Blue Sapphire is the king of gems. They are mostly found in Sri Lanka. Sri Lanka is a country with various kinds of gems. So it is called 'Rathnadeepa' with the meaning of 'Island of gems'

Maybe i dont know alot bout blue saphire @jamhuerySafir mining in Padar lasts for several decades. Unfortunately the best quality stones of this area are generated relatively only in the first three decades of mining activity.

hello you ,, very good your status today, it is very important for us all for your notice, we always your success always in any field whatsoever, continue your work because every your status very benefit to me. thank you do not forget follow me and upvote. @ryzal.valendzo

Congratulations @jamhuery, this post is the ninth most rewarded post (based on pending payouts) in the last 12 hours written by a User account holder (accounts that hold between 0.1 and 1.0 Mega Vests). The total number of posts by User account holders during this period was 1615 and the total pending payments to posts in this category was $3511.40. To see the full list of highest paid posts across all accounts categories, click here.

Congratulations! This post has been upvoted from the communal account, @minnowsupport, by jamhuery from the Minnow Support Project. It's a witness project run by aggroed, ausbitbank, teamsteem, theprophet0, someguy123, neoxian, followbtcnews/crimsonclad, and netuoso. The goal is to help Steemit grow by supporting Minnows and creating a social network. Please find us in the Peace, Abundance, and Liberty Network (PALnet) Discord Channel. It's a completely public and open space to all members of the Steemit community who voluntarily choose to be there.

this is great and lovely, I always like Gemstone from Kashmir

Thank you for the post. This post shows the quality of blue sapphire. It is really helpful.