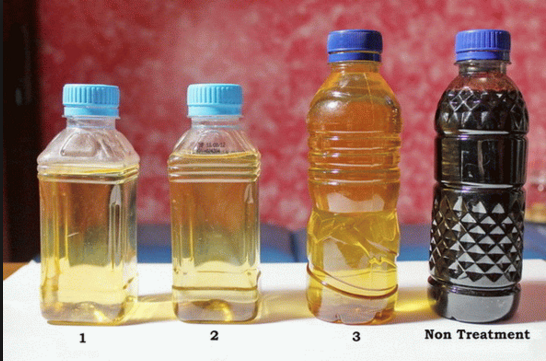 Liquid smoke is a condensation of steam from combustion directly or indirectly from materials containing source of lignin, cellulose, hemicellulose and other carbon compounds. The general notion of liquid smoke is a distillation or condensation of vapors from indirect or direct combustion of materials containing carbon and other compounds. Raw materials that are widely used to make liquid smoke are wood, oil palm kernel, sawmill, and others. Liquid smoke can also mean the result of cooling and liquefying of smoke from coconut shells burned in closed tubes. The solid smoke of the solid particles cooled and then becomes liquid is called by the name of liquid smoke.

The manufacture of liquid smoke using pyrolysis method is the decomposition with the aid of heat in the absence of oxygen or with a limited amount of oxygen. There are usually three products in the pyrolysis process: gas, pyrolysis oil, and charcoal, which the proportion depends on the pyrolysis method, the biomass characteristics and parameter reaction. Several ways to harness the energy stored in biomass through pyrolysis. Direct combustion is the oldest way to use. Burned biomass can produce heat instantly but this method has only about 10% efficiency.
Another way is to turn biomass to a liquid. This method is used because of advantages of ease of storage, transportation, and combustion. The liquid produced from biomass processing can be a crude bio-oil. 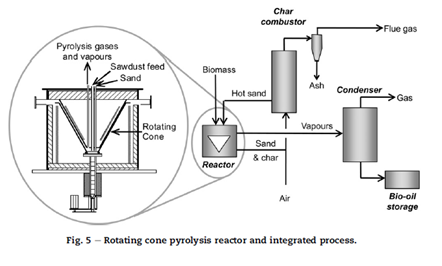 Nice to read this from you my friend. It was so scientific. Nice to wait what should you post next time. Please check my post, thanks.