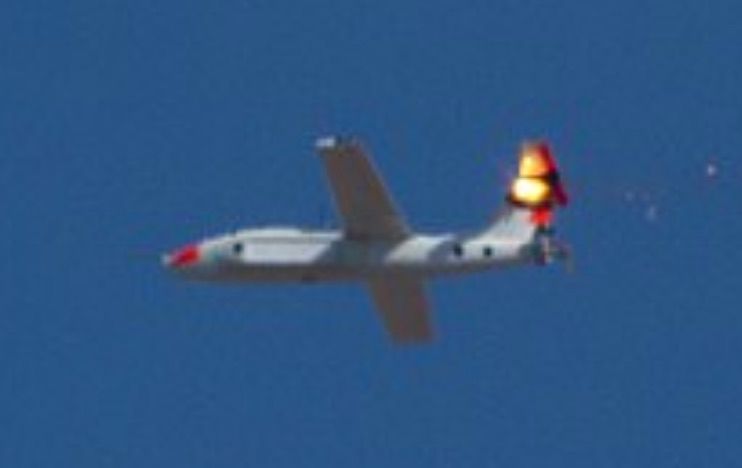 Lockheed Martin has released new footage from tests with its laser weapon system, revealing how ‘Athena’ can deliver an invisible killing blow to take down an enemy drone. In the tests, the prototype weapon successfully shot down five unmanned outlaw aircraft. SOURCE

These weapons have to destroy aircraft whilst the aircraft's control surfaces are being cooled by say 500+ mph rushing wind that could have a temperature of -50ºC. Do you think it is just doing it by heating it up?

In this video, it appears that the light in the LASER is not in the visible spectrum

Directed Energy Weapons of such power often use gamma ray, Lockheed Martin is the most advanced company, this technology is awesome