Our third actor to enter the African stage of human evolutionary discovery was a rather colorful character. He regarded himself and quite possibly was the greatest paleontologist that ever lived up till that time. His contributions in the area of mammal like reptiles was astounding. He published in 7 years over 100 scientific papers on the subject, but he also had less scientifically attractive side.

He would, it seem, resort to any means to get the work done. The scientific community frowned upon many of his methods, that is the ones they found out about...

For instance, in a letter accompanying a shipment of specimens he elaborated that the human skulls contained therein belonged to some local tribesmen that had died in a drought. Wrote he:

With his background as a medical doctor and keen interest in anatomy he would always be on the lookout for something "interesting".

In his own words:

"If a prisoner dies and you want his skeleton, probably two or three regulations stood in the way, but the enthusiast does not worry about such regulations. I used to get the body sent up... then the remains would be buried in my garden, and in a few months the bones would be collected"

Due to this his house was reputed to be haunted and one of his children said the following on the matter:

"It was not uncommon for a human skull or some other horror to be placed on the stove to cook merrily alongside whatever was being prepared for the next meal. Mother never took kindly to this and neither did the servants. Skulls would be left lying around in most of the rooms and it was never necessary to lock up the house for no strange native could be tempted to come near the place"

Add to all of this oddity and that he frequently sold many fossils he collected or could lay his hands on, it is quite understandable to see why the scientific community took a dim view of his practices. He was banned from many museums and even from the very collections he had collected.

Soon he would be looking at skulls a little older than his ill-gotten ones...

Imagine finding a hair in your food in that house🤢🤢🤭

after reading much science i can, thanks @gavvet (77)

Imagine eating from a skull as plate..Jeez! But he made to notable discoveries.. We should give him credit for that.. His methods may have been crude at the time

... good thing I already woke from sleep in my time-zone because that would have kept me awake haha

It's crazy that the best minds are also pretty cuckoo. Thanks for the share. This is kind of creepy though, I hope it doesn't give me nightmares!

When I look at certain skulls, I am not sure that evolution has enough scientific evidence to be taken seriously. 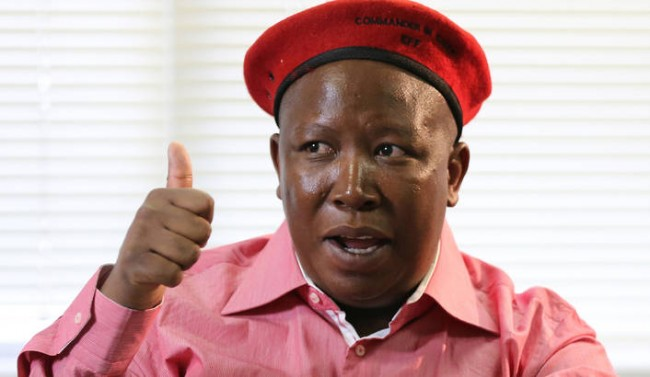 Yes..I support u on that lol

Strange but I will bet he was a very interesting person to get to know.

the great evolution....has been done...

thank 's for showing us that person...

Maybe if there wans't paleontology, then we would be a maniac)) It's really strange tip - how to get human bones. I glad that someone make posts about science.

Awesome education. I am particularly amazed by his diverse nature . And zeal to go further in he's study.. And even get his name written in history

Evolution has to take place..

Your scientific story really impressed me. Your creativity really admired by all. I am really fascinated to read your post. Thank you very much for sharing this post with us. I am always with you . I wait to get your next post.

Holy mother of God ... That sounds so scary "I cut of their heads and boiled them in paraffin tins on the kitchen stove" I would literally faint while looking someone do those things.

very intersting post. thanks for shareing.Follow you sir.please upvote mee

need a little madness in the world of human fossils in particular.

Good story nice ideas and i learn lession from this

The great evolution of science. Thanks @gavvet

The Story of Dr Groom is a very interesting one. Our Anatomy teacher made mention of it during one of the introductory classes in the Preclinicals but it was only this detailed.
Thanks for this post @gavvet

is great article about science. What? ??? He really took up into an horror way of studing evolution. Lolz.

Thanks for sharing. I learn alot from your publications here. Looking forward for what's next.

I enjoy reading biographies of interesting people and dr. Broom is someone who definitely had interesting life. Thank you for giving us a little bit of this personality. I've checked other your posts and I will stay for longer, many topics to catch up for me 😊

something crazy not @gavvet? .. strange methods that this kind of people use. thank God little is seen this thanks to evolution.

Interesting. Thank you for sharing. Crazy story of skulls every where in the house. That would make for an interesting episode of Hoarders. lol. Excellent blog. Blessings.

Scientists can be rare, especially those who work in the area of biology with animals, specifically. Good story, something creepy, but good.

this is so amazing post
Thanks for sharing this @gavvet

hmm, science and research are something i only love to read about but not to engage in. Image someone experimenting on human skull. Gosh

Congratulations @gavvet, this post is the fifth most rewarded post (based on pending payouts) in the last 12 hours written by a Superhero or Legend account holder (accounts hold greater than 100 Mega Vests). The total number of posts by Superhero and Legend account holders during this period was 51 and the total pending payments to posts in these categories was $3975.35. To see the full list of highest paid posts across all accounts categories, click here.

When we found a hair in the food it feels heavy but how when making love last night, where the position of the hair? 😂
Thanks to @gavvet

-I made chicken breast.

It seems many brilliant people are also very eccentric and obsessive in their chosen professions. Interesting.

mysterious house, im having some dificulty in my start on steemit i need your encouragment guy maybe one day i ll be able to help back

How ghastly. Very interesting to see people completely breaking out of social norms in order to pursue their work.

I love what the kid said though,

and it was never necessary to lock up the house for no strange native could be tempted to come near the place.

Haha, that's one way to look at it. I supposed most situations do have silver linings.

I remember reading about Robert Broom sometime ago, and his part in discovering the trail of the evolution of homo sapiens. I remember he was created with the discovery of Paranthropus robustus. Not sure of Australopithecine though. I think I should ask mum, she's a historian.

Thanks for reverberating the memory of broom :)

Thanks for sharing with us that character... I’m following you and I upvoted this post.. please if you have time go check my blog and see my story. Regards from Venezuela

Passion is the most essential in life!
To me he is passionate about his career and that has earned him a status be it good or bad!

Intriguing article @gavvet! It would appear Dr. Broom was as smart as he was insensitive. I've seen you write geological articles that trend on #1 in the geology tag fairly often. I'm very passionate about geology and would love for you to check out my blog. Any support would help immensely.

As of right now, I rely on the Steemstem curation for my work to reach a wider audience, but sometimes my articles would appear to be overlooked due to the immense amount of articles using the steemstem tag. Any information to help me reach a wider audience would be greatly appreciated. Thank you in advance!

Hallo @gavvet
Your post is terrible.
I shudder when I read it.
Imagine, if many skulls in our homes.
It must be very scary.
Like a story in a horror movie.

I wonder if some of the inspiration for Hannibal Lecter, was based on Dr. Broom?

This is wonderful! Nice one bro. Please upvote my post
https://steemit.com/trust/@promise75/trust
God will bless you.

even though old tapih spirited

always late but worth the wait

He is an very good person.i like him very much.

It's impressive how science has evolved over time many people have had to deal with dirty work as Dr Brown has, I definitely wouldn't want to do that work and live at home any more. But the scientific world developed with creative, intelligent, enterprising, intelligent people, with touches of madness and often unscrupulous. Let's look at how penicillin was achieved, how many lives it saved today. Thanks @gavvet for interesting post.

Thanks for shearing. its good post. thank to @gavvet

Goodness, sounds like a very colourful (albeit macabre) individual. Boiling a skull alongside dinner would put me off a bit... Not going to lie though, it is people like this that have helped further our understanding...

Imagine finding unusual things, with skulls boiling and cooking next to your food, it would be unbelievable. I really liked your post. I vote for you I hope you can visit my publications and have your vote.

I've read about him before, and yes he had some weird methods.. But what about the contributions thanks to his weirdness? Mmhmm.. It happens even today, when someone has an idea out of the "ordinary" (of what people are used to), they just freak out.

Great post man. Where about in Africa are you based? I am in South Africa. Upvoted, followed and resteemd.

how happy I am to find this article after I figured that scientific community in Steemit was lacking since, there's no tag for science in tag list.