Despite lots more controversy around Dr Broom and his unorthodox methods, especially the use of dynamite, his critics would, one by one, eventually fold under the weight of evidence that was being assembled.

The cracks started to show as the Americans began to throw more of their weight around the finds from Africa.

An influential anatomist from Oxford, Wilfrid Le Gros Clark spent two weeks in South Africa determined to prove Dr Broom wrong, but after poring over the fossils and visiting the cave sites was soon convinced that these skull certainly belonged to beings that were somehow ancestral to humans.

Further referring to them as "man in the making"

This recognition and vindication made Broom redouble his efforts in Sterkfontein and start working in the nearby cave of Swartkraans despite being banned from there because of his use of dynamite.

The dynamite soon revealed the adult Australopith he had been seeking for 22 years, Mrs Ples. Later he recovered hip bones that proved the Austrolopiths walked upright based on the angles of the hips and joints.

Sir Arthur Keith, the most ardent of the British scientific establishment critics would eventually concede.

The wheel had turned full circle.

Whether it's fossils from human ancestors, of course that's true, but the oldest grandmother of mankind is adam ..

Dang this is a real interesting article

How can an African alien be an alien if Africa is on earth?

What do you think about aliens hehe? I thought I was an alien as a kid hehe.

This look familiar to me...

This is actually interesting

Wow ,,
a very interesting and modern image,
Thank you @gavvet

I can't believe the used to use dynamite for such work. Fascinating stuff.

Dear friend! Next time also use #wafrica and follow @wafrica to get an upvote on your quality posts!

sometimes a research require a recognition of the people who have more knowledge about a new discovery, waladupun so unacceptable be that's it, but with patience as well as proof that makes sense will well received in a community

Some of science involves observation as a fundamental step towards conclusions.

wow use dynamite?
hopefully at that time did not eliminate the important part.

WOW. this is a great news :)
the science world is surprise me day by day :) I have read a few articles about this.
I have an interest in my writing.,
Thank you

Where is the fountain of youth?

Resteem bot Service! Boost Your Post. Send 0.200 SBD and your post url on memo and we will resteem your post on 5000+ followers from two different account.@stoneboy and @vimal-gautam.

Delegate STEEM POWER 1000 SP Or Any Amount Through v2.steemconncet. I think he should have spent more time in South Africa. 2 weeks is not enough for this mysterious plane. There are more than 200 million stone ruins and counting. Bring Dr Broom back..

Yes they are the african alien

Being my ancestral to humans. Hmnnnnnnnnn. Nice content though. It was an interesting read.

beautifully tied up history. I've read much about Dr Broom. His discoveries overhauled the outlook of modern day science

beautifully tied up history. I've read much about Dr Broom. His discoveries overhauled the outlook of modern day science

I notice that your post has been copied by Felixyasper :
The Australopithecenes gain recognition

Congratulations @gavvet, this post is the fifth most rewarded post (based on pending payouts) in the last 12 hours written by a Superhero or Legend account holder (accounts hold greater than 100 Mega Vests). The total number of posts by Superhero and Legend account holders during this period was 57 and the total pending payments to posts in these categories was $2009.14. To see the full list of highest paid posts across all accounts categories, click here.

Hey there Science Guy @Gavvet, I'm Oatmeal Joey Arnold, and speaking of science, bones, skulls, history, evolution, creation, mutation, adaptation, what do you think about Ken Ham and the Ark Museum and Answers in Genesis at http://answersingenesis.org:

What kind of aspirations do you think they had?

A very good article! I am also interested in the Denisovans.

I heard in the news some two years ago that a new species of the genus homo was discovered. Can someone please enlighten me more on it?
Good post though @gavvet 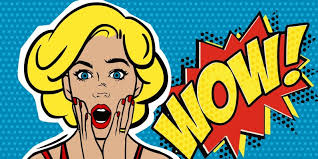 Wild stuff you have been sharing my South African friend. That is one bizarre looking skull. The story of Dr Broom...or is Dr. BOOOM with the dynamite!

Anyway I just wanted to stop by and thank you for the support you have been continuing to throw my way. Much Appreciated as I travel the world! From Santiago Chile! -Dan