Another mass shooting in America and a very predictable gag reflex response: 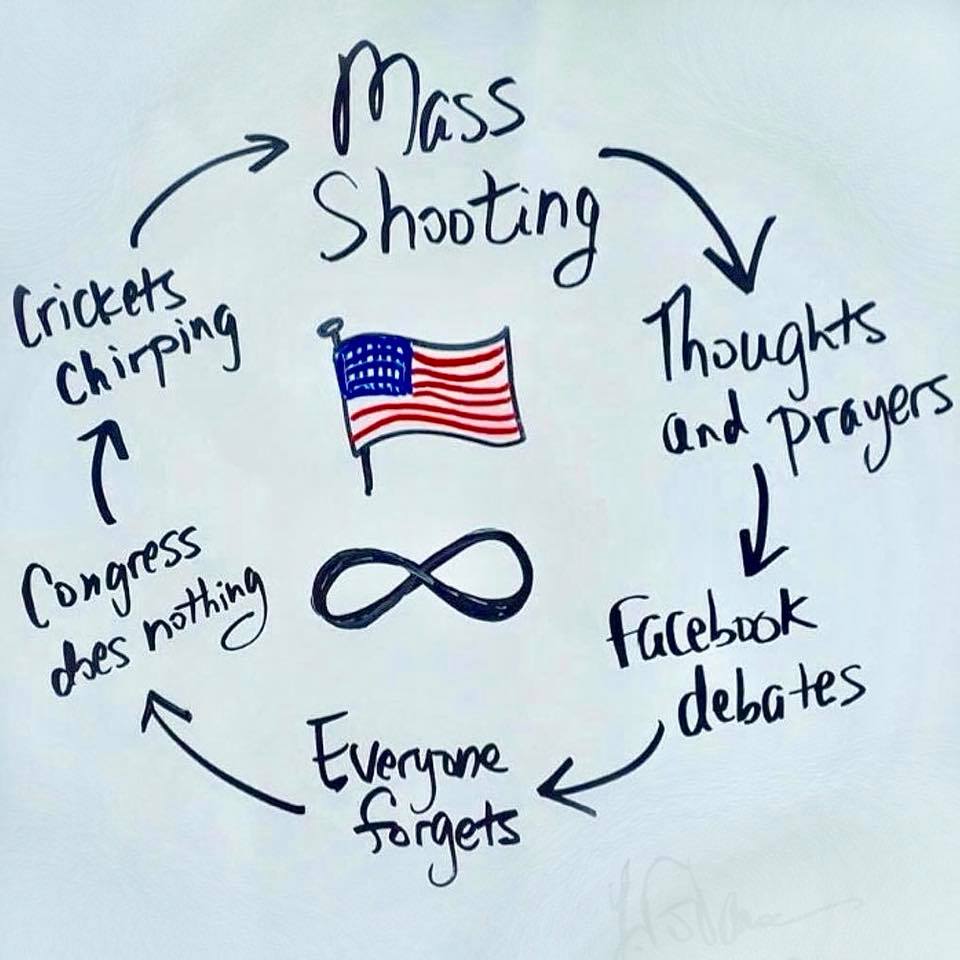 None more prestigious than The New York Times jumped on the bandwagon, virtually shoving Piers Morgan out of the way, with What Explains Mass Shootings? International Comparisons Suggest an Answer. They get it so wrong that I made a follow-up post, More Mass Shooting Madness.

Poking fun at Piers Morgan is hardly a challenge, so I'll spend the rest of this post poking fun at The New York Times's unfortunate article. Let's start with the first chart: Note the caption. This is cherry picking as it only reckons countries with a lot of people, and a lot of guns, and lots of mass shooters. It suppresses evidence of countries which may have a lot of guns and not that many mass shooters. This is already objectionable, since this is what the article sets out to prove. It's confirmation bias. Good thing this isn't a research paper or something posted somewhere influential where the public may be mislead, right? Like, The New York Times.

There's nothing enlightening to be gained from a graph that just plots guns versus mass shooters, except perhaps that the person who compiled this report is innumerate and didn't do more statistics than the little bit I did.

But let's take that graph as it stands. The countries on that graph with the most mass shooters? The Philippines, China, India, Russia and the USA.

Let's assume for a second that we can take this graph seriously. It inadvertently shows that the countries with the most mass shooters have the most mass shooters despite gun control and banning assault rifles and doing background checks. To reiterate, this graph isn't useful to show us anything at all. It is entirely bunk, but if it did show us something, that's what it would also show - completely the opposite of the claims about the graph!

As Dr Peterson says, any social scientist worth their salt would do a multivariate analysis, because there are many variables and there isn't any one single variable that can predict things so easily. Gun control variables are especially numerous and tricky.

Does America have an astronomical number of guns? 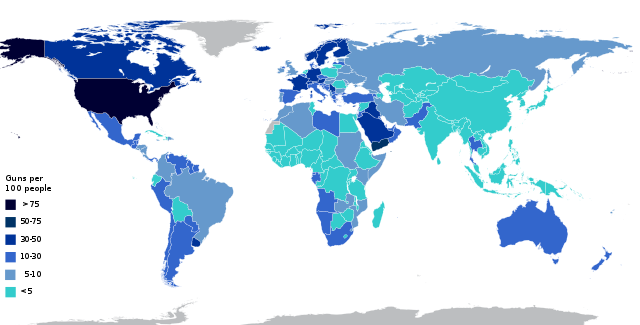 Note that the guns listed there are presented as guns per 100 people. This is the same as n/100 000 with some arithmetic to bring it down to n/100, so at least one can make comparisons. The answer is unequivocally yes, America does have an astronomical number of guns by any measure.

Do countries like Serbia, Yemen, Cyprus, Saudi Arabia, Iraq, Uruguay, Norway, France, Canada and Austria, with similarly astronomically high numbers of guns, also have a high incidence of mass shooters? Because if they don't, then a claim like an astronomically high number of guns is the only variable that explains a higher rate of mass shootings cannot be based on evidence.

The Second Chart and How It Mysteriously Switched Metrics The Second Chart. Better. Much better.

Note that the metrics here are different. It's guns per 100 people versus mass shooters per 100 million people. This is much better, since raw numbers are often skewed by well, other raw numbers. It seems to be the same data set, so conveniently countries with a lot of guns and no mass shooters or not enough mass shooters have been pruned, but at least we've got some sane metrics here.

Worldwide, Mr. Lankford found, a country’s rate of gun ownership correlated with the odds it would experience a mass shooting.

It's a mystery how Mr Lankford could have reached this finding from the presented evidence. He cautions us that Yemen is an outlier. Fair enough, let's ignore the troublesome Yemen since we already cherry picked data left right and centre. Let's look at the rest of the graph.

Here's a fun little exercise for the reader. Ever wondered what correlation looks like? 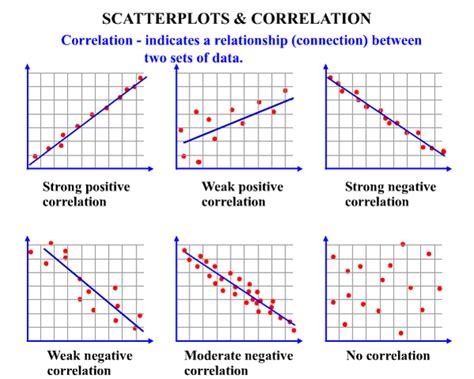 Correlation in scatter plots. The bottom right one should look familiar. Please help Mr Lankford to connect the dots.

Leaving day one of Statistics 101 out of this, where one learns that correlation does not imply causation, at the very least, a correlation needs to be established between two variables before a claim like the only variable that can explain the high rate of mass shootings in America is its astronomical number of guns can end up in The New York Times.

Your homework is to look at the second graph above, and see if you can spot which one it resembles in the correlation scatter plots here.

Yeah... The whole gun control debate is a very hot topic, with extremists on both ends quite often citing correlation "evidence" instead of actual facts and research... so instead of getting into that debate, I'm going to leave you with my favourite bit of evidence that cheese (still looking for one with bacon) should be used in almost every recipe :p

That's a result I like so I'm convinced it's correct!

That's the beauty of confirmation bias... it's guaranteed to satisfy every time.