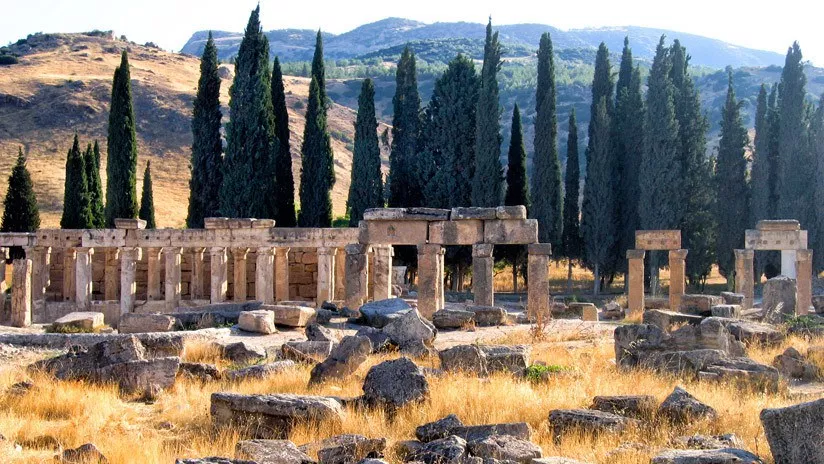 The enigmatic place is located in Turkey and retains the properties that ended the life of any animal that approached.

The great majority of ancient legends refer to the different ways of reaching the underworld, going through different stages that increase the suffering of the soul that leaves the body. For many Romans, this process began at 'the door to hell' and scientists have recently revealed that the site still exists, reports the Science Alert portal.

It is a cave located in Turkey that has been rediscovered by researchers from the University of Salento (Italy). The place belonged to ancient Phrygia and was used to perform animal sacrifices by priests.

Scientists have now verified why the beasts lost their lives when approaching the enclosure. The cause is an underground seismic activity, through which a large amount of volcanic carbon dioxide is expelled to the surface that killed the animals, but not to the priests.

Specialists from the University of Duisburg-Essen, in Germany, took samples of the levels of carbon dioxide in the area surrounding the cave and found that the gas forms a kind of 'lake' that is raised 40 centimeters above the ground .

One of the most surprising facts is that this area continues to be as deadly as it was then. The gas is dissipated by the sun during the day, but is more deadly at dawn, when the concentration reaches more than 50% at the bottom of the 'lake', reaching around 35% to 10 centimeters in height, amounts that could even kill a human. However, above 40 centimeters, the concentration decreases rapidly.

This post has received a 0.09 % upvote from @drotto thanks to: @th3highcultur3.