<< Akasha & the most Fantastical Etheric Story of the Universe >> 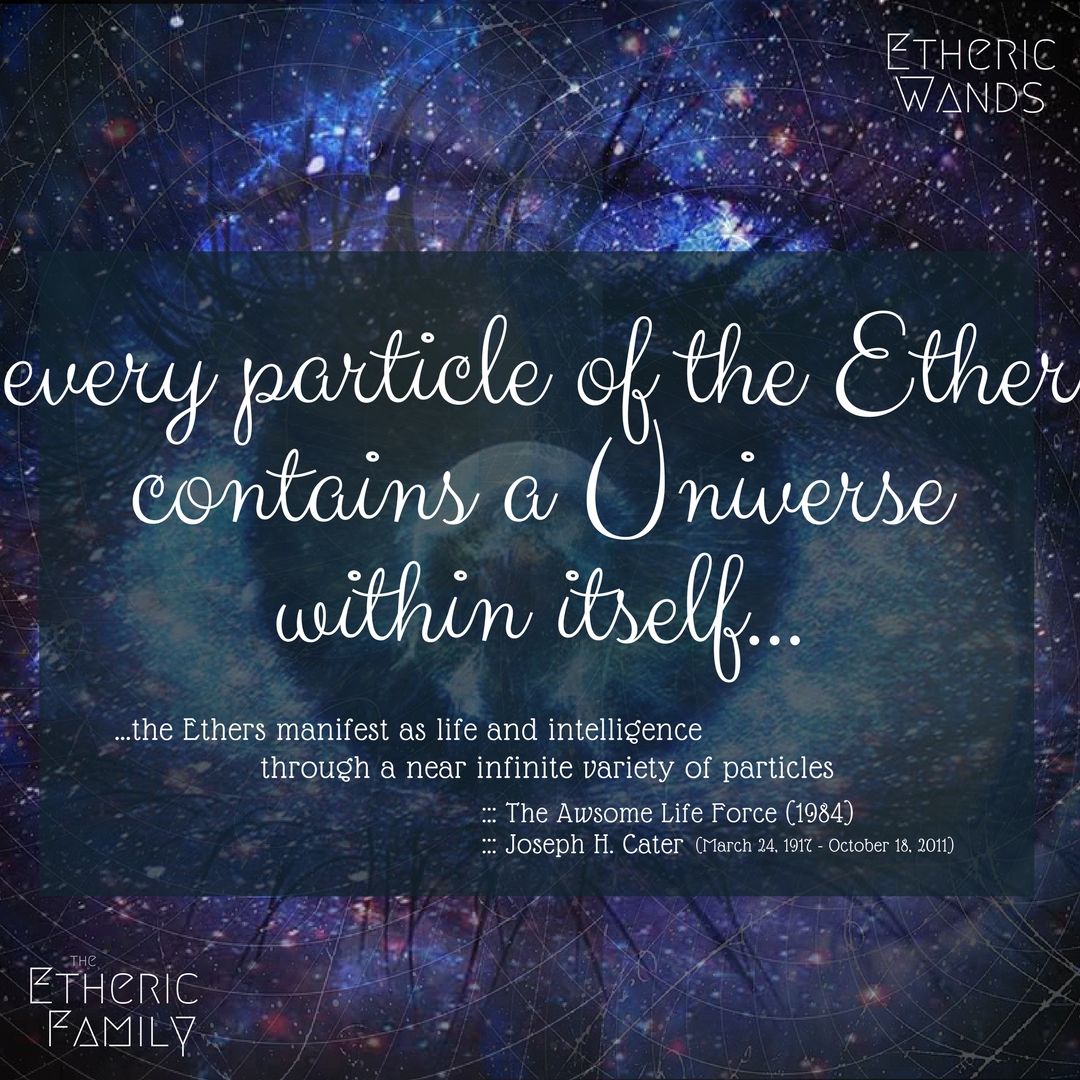 the most Fantastical Etheric story...

there exists a force in Nature, in which the individual who will master it and knows how to direct it, might throw the world into confusion and transform its face

this force consists of a Universal agent having equilibrium for its supreme law. by the direction of this agent we can change the very order of the seasons, produce in the night the phenomena of day, correspond & discern instantaneously from one end of the earth to the other, heal or hurt at a distance, and endow human speech with a Universal reverberation and success

when it produces refulgence (radiant shining) it is called Light

in infinite space, it is Ether, or Etherized Light; it becomes Astral Light in the stars which it magnetizes

in man it forms the Astral Body, which is a magnet that draws or repels the Astral Light under the pressure of the will. the will of intelligent beings acts directly upon this Etheric Light…

this electricity of the soul, this spiritual and universal Ether, which is ‘the ambient medium’ of the metaphysical or incorporeal world, is the great phenomenon of life before time, and life beyond

it is diffused through infinity; it is the substance of heaven and Earth, for it is either fixed or volatile according to its degree of Polarisation.

it is substance and motion at one and the same time ; it is a fluid and a perpetual vibration, while in organized beings it becomes Magnetic Light/Magnetic Fluid

this ambient and all-penetrating fluid, this ray detached from the Sun’s splendor, and fixed by the weight of the atmosphere and by the power of central attraction; this body of the Holy Ghost, which we call the Astral Light and the Universal Agent; this electro-magnetic Ether, this vital and luminous caloric is represented on monuments throughout antiquity

it was termed by Hermes Trismegistus the Grand Telesma, and is precisely what the medieval adepts called the First Matter of the ‘magnum opus’

from the Fifth Element, the Ether :: springs forth the four alchemical elements of Water, Air, Fire & Earth :: and everything in our physical Universe

the Transmuting Ether is the wellspring of Creation

if this continual activity were to diminish, your physical body, your home, this planet, the Sun, the countless galaxies & stars filling this vast expanse of space :: every subatomic particle and energy wave composing this physical Universe would gradually dissipate, dissolving into a state of uniformity. what would remain would be the infinitely long & infinitely small, ever-presently vast Source of which we are a part :: which had once generated through the Transmuting Ether, the beauty of our magical physical Universe 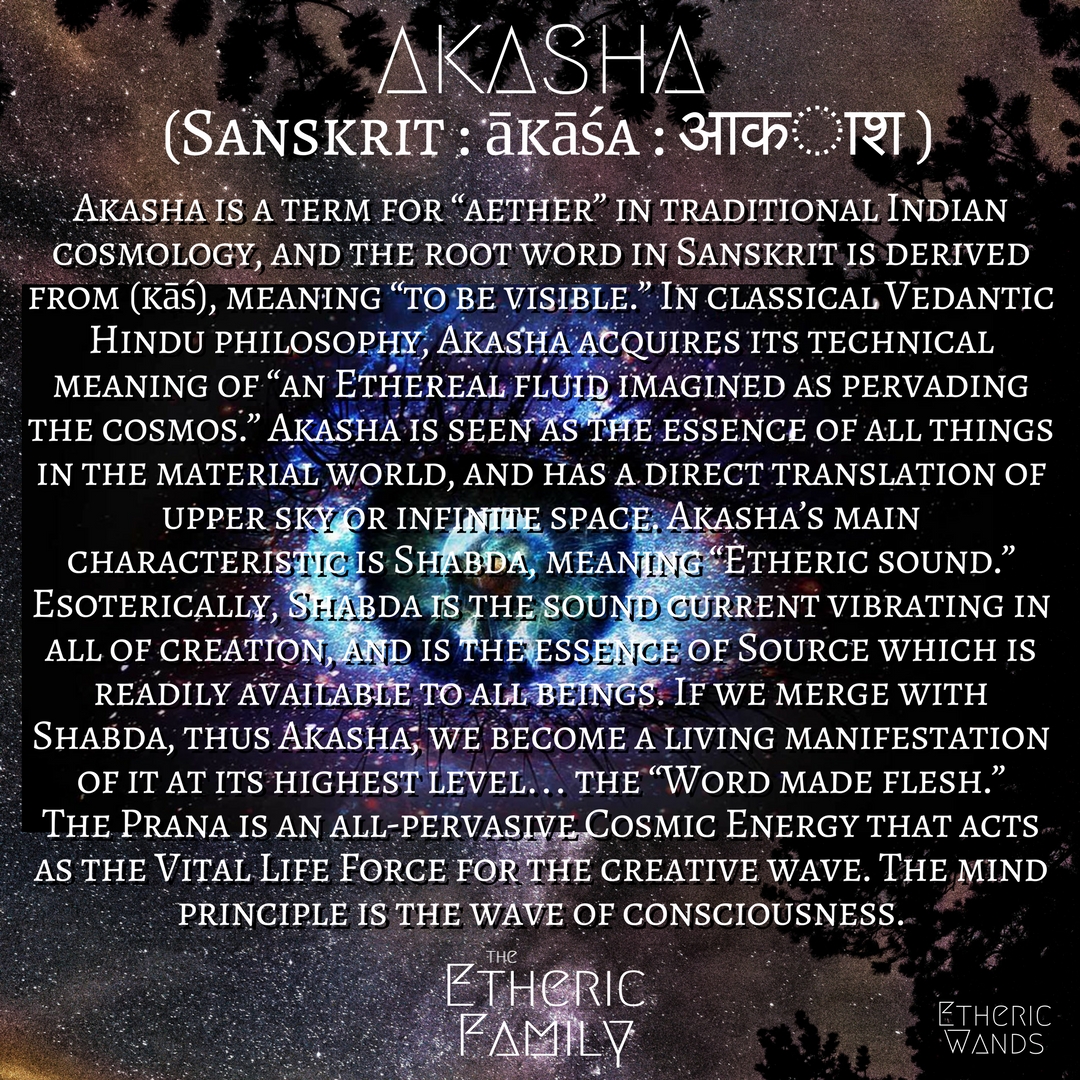 Akasha is a term for “aether” in traditional Indian cosmology, and the root word in Sanskrit is derived from (kāś), meaning “to be visible.” In classical Vedantic Hindu philosophy, Akasha acquires its technical meaning of “an Ethereal fluid imagined as pervading the cosmos.” Akasha is seen as the essence of all things in the material world, and has a direct translation of upper sky or infinite space. Akasha’s main characteristic is Shabda, meaning “Etheric sound.” Esoterically, Shabda is the sound current vibrating in all of creation, and is the essence of Source which is readily available to all beings. If we merge with Shabda, thus Akasha, we become a living manifestation of it at its highest level… the “Word made flesh.” The Prana is an all-pervasive Cosmic Energy that acts as the Vital Life Force for the creative wave. The mind principle is the wave of consciousness.

Love this ! 🙌 Thanks a lot ! 🙌 Looking forward to read your more articles ! 🙂

The @OriginalWorks bot has upvoted and checked this post!
Some similarity seems to be present here:
https://www.facebook.com/reishi.unltd/posts
This is an early BETA version. If you cited this source, then ignore this message! Reply if you feel this is an error.

yes, this was shared from our @EthericWands page to our other facebook page @reishi.unltd :)