Why Some Men Do Not Grow Beards

While walking down the streets these days, you would see men with fully grown beards which is becoming very fashionable these days. There is even a name for it, the beard gangs. 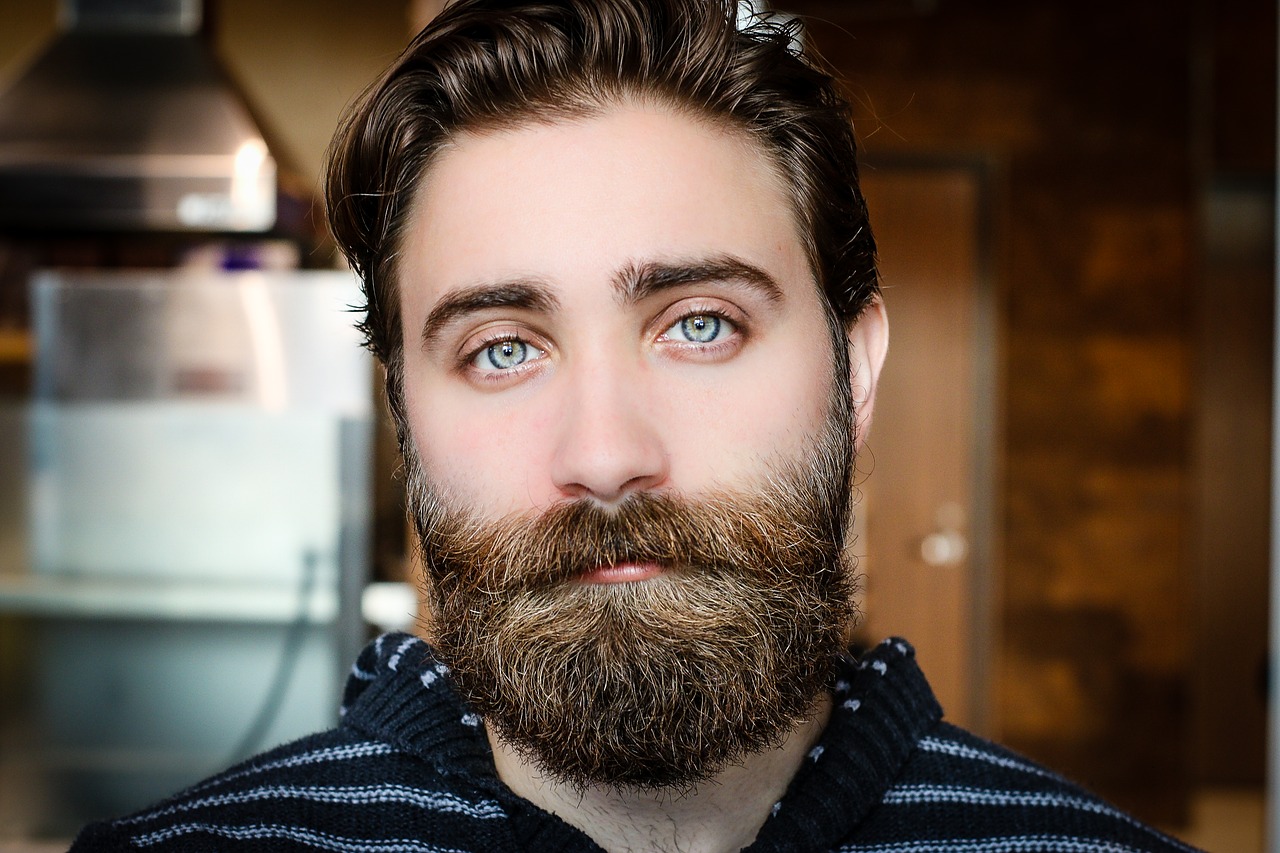 But, sadly, some of the boys may never be that man with full-grown face warmer. Not everyone could grow a beard, even amongst those who could grow one, only a handful could successfully pull it off to a high degree of having an even full-blown beard.

But is there an explanation, medically or otherwise, that could help point us in the right direction while Tom could have a fully grown beards, or why Jerry spots tiny sparsely dotted facial hair like a desert trying to grow some grass while others just got the look of Lord Varys, the fictional character in The Game of Thrones TV series; absolute hairlessness?

The most straightforward explanation which comes to mind for someone with little knowledge of biology is testosterone. Testosterone is the male sex hormone which is often referred to as an anabolic steroid. The anabolic steroid increases the formation of protein in cells and produces androgens such as testosterone.

When asked about this, there is the likelihood to conclude that men with more testosterones have more facial hairs, after all, isn't testosterone responsible for male sexual development?

The answer may not be entirely correct. Testosterone is indeed a hormone that is responsible for the regulation of sexual development. But it regulates multiple traits, chief of which is the male secondary sex characteristics. The male secondary sexual characteristics are the physical attributes which are associated with males but not directly related to reproduction.

You would agree with me that the beards may be sexy, but it is not something you need in reproduction.

They include the building of more muscle mass, more pronounced Adam's apple, a deeper voice (low pitched), broad shoulders and chests and of course facial hair.

Even though testosterone is the hormone that makes men have facial hair and in some instance women too, they are not the reason some guys cannot join the beard gang.

It is a tricky situation here since the levels of testosterone is not an indicator that can be used as a yardstick to forecast the level of hair growth. I bet you've seen a well-built "man's man" with no facial hair.

So what can we use to predict facial hair? Ok. I will tell. The chemical that is the culprit here is known as dihydrotestosterone or simply called DHT.

It is a more potent form of testosterone which. It is produced by the less potent testosterone through an enzyme known as enzyme 5α-reductase found in some particular tissues.

The table below shows some biological functions of the DHT and testosterone at puberty in the male.

The possibility of hair growth or loss is dependent on the number of androgen receptors beneath your skin.

The 5α-reductases can metabolise the testosterone to form a more potent androgen known as DHT. These can then bind the androgen receptors or AR. The DHT has more affinity compared to testosterone to attach to the AR.

The more the AR under the top layer of your skin, the more the DHT that binds on to them which translates to more hair on lower half of your heard (beard) but a loss in the upper half due to the high DHT presence. But the same DHT may cause different results due to genetics and the type of hair follicles. The gene decides the number of AR that you have. So this may come as a sort of consolation for the beardless gangs out there, it is not you, it is the gene! You may want to write a strongly worded letter to the headquarters of genetics.

Though male pattern baldness could be treated by medication, as some of the medicine can lower the production of DHT, there is very little you can do if your genes decide to give you a limited number of AR which you will need to be that bearded gentleman you have always wished for.

There are few exceptions where men with both DHT and many androgen receptors end up developing alopecia areata or spot baldness, the spots of hair loss in the centre of healthy hair growth. This hair loss type is treatable. 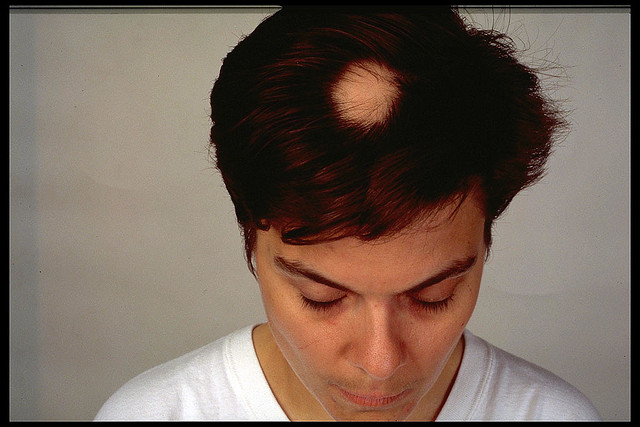 But what happens when women grow facial hairs? It is not that common, and the condition is known as hirsutism. It is a condition caused by a more than normal levels of testosterone coupled with plenty of androgen receptors. Women also produce testosterone but in smaller amounts.

But as a young man above 20, if you have issues developing the bearded look, the bad news is that you are not likely to get the hair.

But it is not downhill from here; there have been some concerns about hygiene on beards. In fact, a reaserch made in 1967 wrote an article on their findings called Microbiological Laboratory Hazard of Bearded Men.

The hypothesis tested was on how safe it was for people with the beard working in labs to contaminated infection when exposed to infectious microorganisms.

The test subjects had bacteria sprayed on their beards and were allowed to wash them off, after careful washing they were tested.

beards retained microorganisms and toxin despite washing with soap and water.ScientificAmerican

But later study cast doubts on this findings.

In conclusion, everyone should maintain a high level of hygiene and enjoy the bearded look. And if by chance you do not have any, and you are forever the man with the boy face, revel in the fact that you may not grow bald in the future. But if you wanted a beard so badly, you may just get a glue-on beard and join the gang :)

You would agree with me that the beards may be sexy, but it is not something you need in reproduction.

According to @mobbs, some people in China eat pubic hair to become pregnant. So, who knows...

Regarding the last few paragraphs, from what I remember I think most available science says that beards overall are protective against bacteria and such.

Some Chinese must practice the most weird pseudoscience known to man. But do the experiment work for them? :)

I guess we must eat pubic hair to find out :P

Interesting. You're right, people with beards seem attractive and fashionable nowadays, but I think, it is quite difficult to maintain its hygiene.

I think eating without getting food on it is the greatest work of a bearded gentleman. Thank you

Being a "beardist" myself, i might not consider it fair to "mock" those that are doomed never to have my experience (forever and ever). However having seen that the author of this write had proferred a solution to their problem, i will do no more that direct them as well to the solution included in his conclusion.

But if you wanted a beard so badly, you may just get a glue-on beard and join the gang :)

Hehehe, that "solution" can only work if you are an actor in Hollywood movies with world class makeup artist working on you. Thank you.

I was about to ask why women do have facial hair while reading. But at least you covered that side as well. Thanks.

Do you have a facial hair? I've got solution for you. Thank you.

Reading this just makes me lose hope on ever having beards. I’m above 20 😰

At least you may get some compensation in the form of a mustache. Which isn't so bad. Thank you.

Lol I’m not trying to look like Einstein. I need well connected beards 🙄

I am thinking of ways to reduce my facial hair :)
I think I have enough AR to last me a lifetime. Good read.

Lucky you, some of us ain't that lucky. We have to make do with the little hair that agreed to grace our face.

Wondering why I haven't come across your posts since... You're cool.

I have a beardless secondary school teacher back then. He is always hard on students who have beards. He just want them to get rid of it immediately.

The school may have regulation against beards, just like the army, police, banks mostly do not allow people to grow beards. They only allow it under special consideration-especially when it's to do with religion. Thank you.

You're welcome bitfairy, although most of us believe he's doing that because he didn't grow beards.

Great read. Very enlightening. Thank you for all the research.

The topic sounded funny until I began to read. At 27 I wouldn't say I'm among the beard gang though I won't say I'm close to being hairless. Like you rightfully said here, it has zero implications in my sexuality. Nice piece man👍

Whichever one it is, rock it with pride. Thank you very much.

Very interesting article. I never really knew what caused some men to grow beards while others could not. My husband sports a goatee because a full beard grows in weird on him. Spots of his face stay hairless so it’s best for him just to keep a neat goatee.

What about Asians, African people and others that have trouble growing hair on their body and face, how can that be explained?