Did You Know About This Rice Pest? 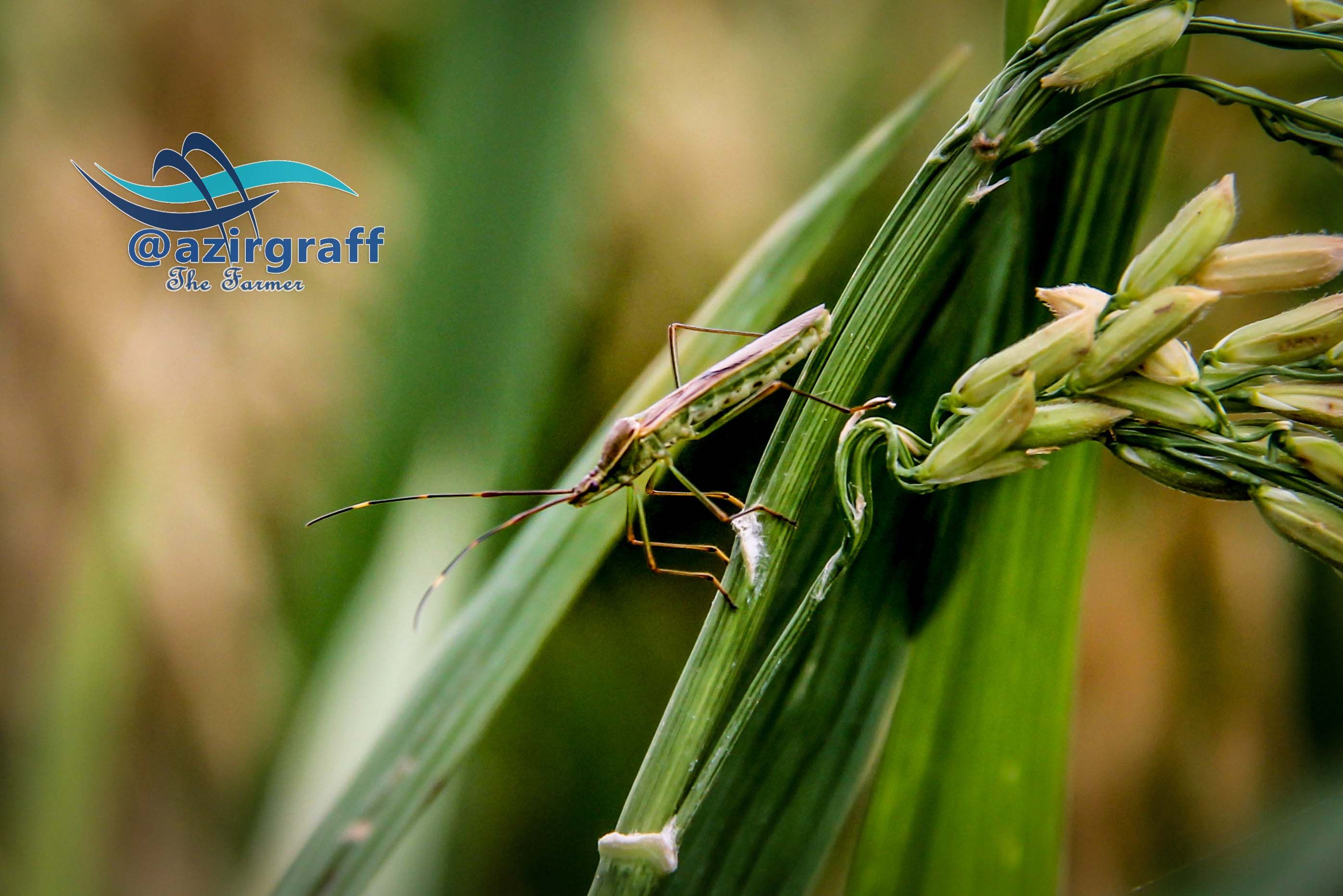 This is type of pest Leptocorisa Oratorius Fabricius (Walang sangit), this pest I found in paddy field of Gunci Village, Sawang, North Aceh District at the time of research on plants and pests that disturb rice paddy. Photo taken by @azirgraff With EOS Canon 60D Camera

Pests are one of the plant disturbing organisms, in the generally form animal or a group of animals that can cause damage to cultivation plants both quality and quantity, so as to cause the occurrence of economic losses. Therefore, its presence needs to be controlled, if the population on the land has exceeded the economic threshold.

So on this day occasion, I want to write about one type of pest that can damage the development of rice crop there is WALANG SANGIT (Indonesia Lenguage).

Leptocorisa spp (Walang Sangit) is a type of poisonous insect that damages the cultivation of plants that can cause dead plant and even growth inhibited. This type insect pest is very easy to find in rice plants, this pest attack is usually on the leaves and of rice fruit plants.

The name of this animal shows a form of self-defense, which is the smell of a nose sting (so called "sangit"). Actually it is not just a pest of the Leptocorisa spp (Walang Sangit) that emits this scent, but also many other Alydidae members.source Leptocorisa spp. pest (Walang Sangit) is elongated, the size is 2 cm in average, the color is green and gray, and has a trunk with a size of 0.5 to 1 cm to suck the essence of plant.

In addition, other forms of this type pest has 6 feet long legs and has a wing that measures 2-3 cm wide, so easy to jump with a distance of ½ - 1 meter, the head of a cone and a rounded part of the eye adjacent to the trunk.

Leptocorisa spp. Walang sangit is also metamorphosed through the development of egg cells, which contain two main part of nimfa and imago. Egg (walang sangit) amounted to 10-20 eggs, The shape of oval eggs and flat like disc and blackish brown. The adult insects of (walang sangit) lay eggs on top of leaves one by one in 1 - 2 lines as much as 1 - 21 grains in one plant.

According Rajapakse & Kulasekera (2000) cit. Effendi et al. (2010), declared the life cycle of a bitter salang approximately 35 - 56 days and able to lay eggs 200 - 300 grains in parent. This high egg-spawning ability can lead to a rapidly rising population in rice cultivation. (Walang sangit) laying on the surface of the leaves a pad bag and other grasses groups in one to two rows. Black colored egg, hexagon-shaped and flat. One group of eggs consists of 1-21 eggs and an average egg period period of 5.2 days (Siwiet al., 1981).
source

Nymph yellowish, and sometimes the eggs are invisible because the color is the same as the color of light green leaves. Nymph body shape is the same as the adult form, difference nymph green and not winged while adults are brown and winged. This nymph has a small shape and has no wings, with an average length of 14 - 17 mm and width reaches 3 - 4 mm.

Plants that are damaged by insect species (Walang sangit) are usually on the flower stalk of rice and also suck the fruit juices that are still in the formation so this plant will lack nutrients and yellowing (chlorosis) will even cause the plants to die because of the attack.

The pest is attacking the rice in the generative phase, especially during the filling of the grains. (Walang sangit) has a piercing and sucking mouth tool, and at meal sticks on the grain of rice that is filling or still in liquid form. As a result of his attack, the symptoms of damage caused by rice grains become hollow and blackish brown so that they can not produce perfect seed. According to Hosamani et al. (2009) both nymph and imago, both suck the fluid of grains of rice in the mature phase of milk. Attacks during the filling period cause the grain to become deformed and spots occur and then the grain turns partially or wholly caused by bacteria or fungi that infect the fascia of the grains during the suction (Ashokappa 2011).
source

The presence of pests (walang sangit) suddenly makes farmers difficult to control it, but still trying in various ways such as burning used tires.

In addition, eradicate the pest of rice plants of (Walang sangit), farmers also do by spraying pesticide at time the plants arise from damage. The spraying was done to avoid widespread attacks of the pest to prevent harvest failure.

Control by using intensida, usually rice farmer often late to do so benefits are not optimal. So please note, that spraying at right time is not spent so much cost that can provide optimal benefits.

Leptocorisa spp. (Walang sangit) This is one pests of plant that are very dangerous and can cause plants easily die and not bear fruit again. Therefore, this very weeds should be controlled by spraying pesticides according to the specified dosage.

your post is very good, you have discussed about plant pests, I believe pests are very disturbing farmers. thank you for sharing knowledge of agriculture

Thanks @dewie, Are you a new user of steemit, I hope you introduce yourself in the pos.

I am inspired about the materials of rice pests in your post, very useful for me and others (rice farmers) I wait for your next post @azirgraff

Thanks @cuboegraff, That is a science for me and I hope also useful for others.

like this world full of pest
War with pest sound's good :)

Thanks @kharrazi, Pests are very disturbing to farmers but we must not destroy them, we can only control them so as not to cause farmers to crop failure.

Hahaha i'm agree with you @azirgraff .

Thank @kharrazi😁, But why do you agree with that answer?

We cannot distroy them but if that happen, how many workers at antypest fabric will fired because we don't need they product anymore :D