Can Human be Immortal??Mystery revealed..

I am back again with a new series of an interesting topic.Today I will be dealing with the mystery behind ageing in human.Hope it will add something to your pre-existing knowledge about ageing.Let us begin now!!

Human is an eukaryotic organism.Each cell(except Red Blood Cell) has cell nucleus and other organelles enclosed within membranes.Nucleus contains chromosome.There are 23 pairs of chromosomes in each diploid human cells. 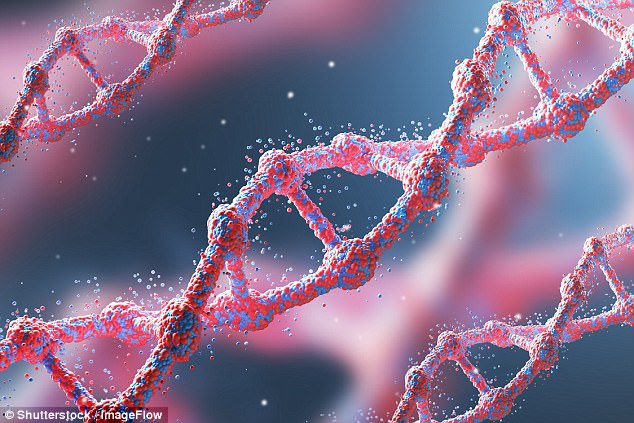 During each cell divison, DNA undergoes replication to form two daughters DNA.Each daughter DNA shares half of the character from mother and half from father.This cell division continues and so do the DNA replication until the cells undergo senescence.

But what actually causes the cellular senescence?

The mystery has been revealed.Previously, it was believed that unicellular organism which reproduces through mitosis, resist cellular senescence.It is because of unequal distribution of mitotic debris in between the new cells, as a result, half of the cells are ageless and half with varying degree of senescence.But a recent study has shown that not only the accumulation of mitotic debris in the senescence cells cause cellular aging but rather, there is increased activity of telomeres in the ageless cell.The classical example of an immortal organism is Tetrahymena(Pond scum)[Let us discuss this organism in later part of this post].

So what is this telomere?

A telomere is a region of the repetitive nucleotide sequence at each end of the chromosome. In vertebrates like Human, the sequence of nucleotides in telomere is TTAGGG or GGGATT(also called junk DNA sequences) with its complementary DNA strands being AATCCC or CCCTAA.This repeat sequence of DNA with a protective protein sheath on either side of chromosomes prevent the fusion with neighboring chromosomes inside the nuclei of cells.

Each time replication cycle pass, this human linear chromosome loses some amount of DNA from the terminal region because DNA replication takes place only in 5'—3' direction and at 3' end of DNA, RNA primase can't create primer required for addition of new nucleotides by DNA polymerase.This results in the gradual shortening of the chromosome.

When this activity goes beyond control, the chromosome gradually shortens after each cell cycle resulting in the apoptotic(cell suicide) damage of the cells. 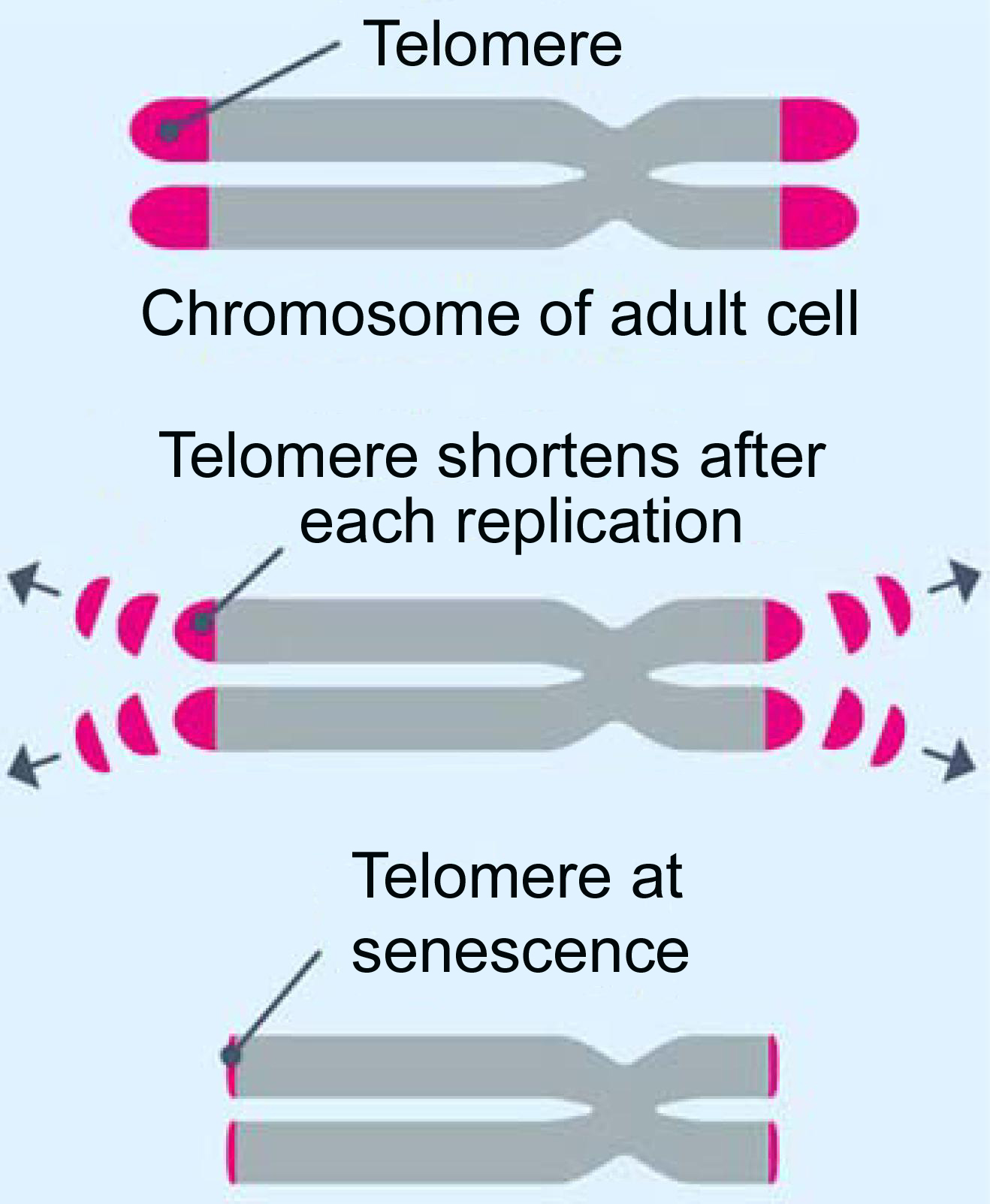 But Tetrahymena- an immortal organism, never gets old because there is no shortening of telomere due to plenty of telomerase activity. How human cells survive then?

Well, thanks to God.We are safe indeed.
Every time DNA replicates, there is addition of some nucleotides on 3' end of the DNA strand with the help of telomerase reverse transcriptase enzyme(TERT) in response to DNA damage.
TERT also called as human TERT(hTERT), the gene encoding this particular protein being present in Chromosome 5, is a catalytic subunit of the enzyme telomerase.This telomerase contains RNA sequence that provides templet for the synthesis of Telomere repeat DNA sequences.It has DNA polymerase activity because of which it can add the junk DNA nucleotides at the 3' end and maintains the structural integrity of cells and prevents cellular damage.This also prevents the shortening of DNA after replication. 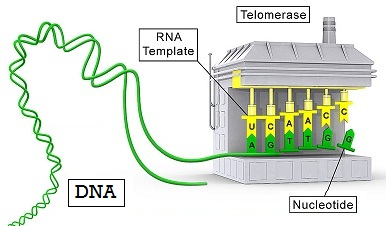 image source
(we can see the addition of RNA templet by telomerase on 3' end of DNA so as to replenish the nucleotide loss during cell division and replication).

But despite this, cell undergo ageing..??

Every dividing cells of the human body(except neurons and myocardium, as they rarely divide) can undergo a maximum of 50-60 cell cycles.Thereafter cell attains replication senescence(Telomere shortening) or Hayflick limit i.e. the number of times a normal human cell population will divide until all division stops.
These all changes bring an irresistible cellular senescence which results in human ageing.
Apart from it, there are some more reasons regarding ageing in human.

But the evidence and data regarding telomere has been given a great importance, not only because it prevents cellular senescence but rather, it can be one of the reason why human isn’t immortal.

So what do you say now.Are we human really mortal?

Yah it is better to say we aren’t immortal, but we can be immortal.Actually, the activity of telomere can be regulated by manipulating the natural telomerase of a human body with unnatural or synthetic telomerase.Using artificial telomerase with greater half-life and a wide degree of potency and efficacy can prolong the longevity of human life.
Despite being successful in making an alternative to telomerase, a human can’t achieve the immortality.

So human can be immortal but can't survive as immortal.This is what I want our steemians to learn from this post today.Hope you really enjoyed reading this post.Thank you!!

Have a good day!!

it definately sounds great when people imagine living forever but i have heard few people say that nature must do its job naturally and they seem to be against this concept of living forever..what do u guys think?

Yah you are right.I too wish the same thing.Anything beyond the nature is useless.So love the nature and save the nature.Thank you for reading my post..

Thanks to @chiefmappster, this post was highlighted and resteemed in today's edition of The Daily Sneak.

Thanks for reading and finding it useful.

Congratulations! This post has been upvoted from the communal account, @minnowsupport, by Amit from the Minnow Support Project. It's a witness project run by aggroed, ausbitbank, teamsteem, theprophet0, someguy123, neoxian, followbtcnews, and netuoso. The goal is to help Steemit grow by supporting Minnows. Please find us at the Peace, Abundance, and Liberty Network (PALnet) Discord Channel. It's a completely public and open space to all members of the Steemit community who voluntarily choose to be there.

IF you change the nature then its not nature, and same with human body, even if they do create immortal cells in the way it was described there will be another destructive thing that is created with it, so there is no mortal any thing, going beyond nature is fiction not reality