I just had a random message on facebook from someone who usually never messages people.
I smell a scam from far, so I decided to record it and even livestream it of facebook.

When this happens to you, make sure you never click a link because these links may give them access to your profile which is how some of these scams work.

This one however is trying to get you bank details by promising you money trying to make you believe there is some fantastic scheme happening that somehow gives you free money!

There is no free money, nobody knocked on my door.
And nobody will ever offer me free money like that.
I decided to go along with the story.

I felt a little offended,.. am I retired youth?
How old does he think I am? How do I retire at 38?

No answers were given on that question, instead I had to email someone for all the info I needed.
Well, he first tried to make me click a link, which obviously I did not do.

This is when I decided to do some googling on the email address he gave me and what he told me, and bingo! 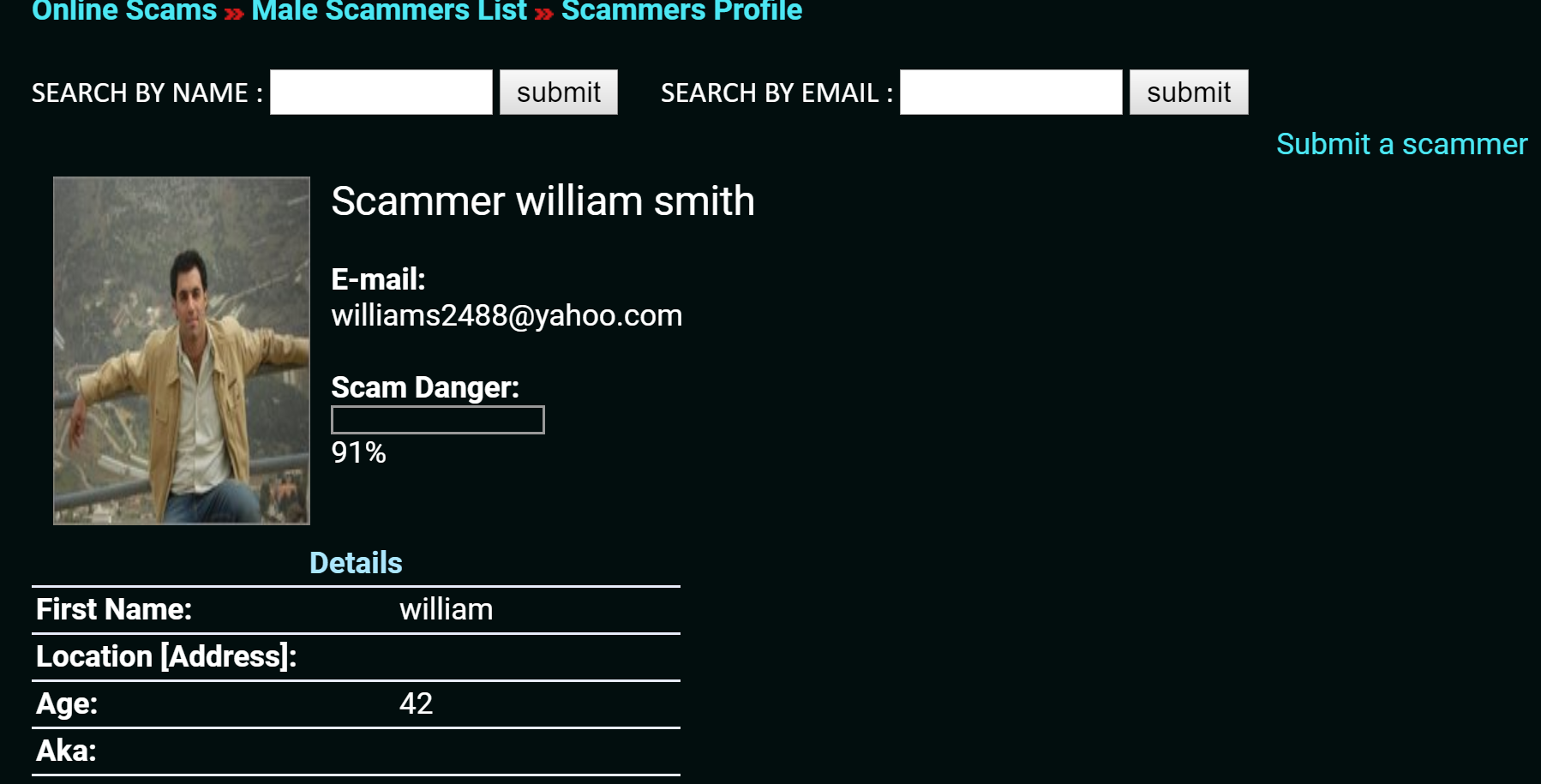 Showing this to him and other similar screenshots did not make him give up.
He was persistent.

He did open an other message with me and I was talking then with mister Williams himself!

Here though there wasn't some retirement scheme,
I suddenly won some money too!

This time I just told him to send me the money via Paypal,..
Which amazingly he could not, I had to fill in a form...

You will have to watch the video.

After some investigation I found out that this scammer befriended someone to get access to his friendslist after copying that friend's profile.

So the person did not hack anyone, he merely copied an account.
I reported the profiles to facebook in hope facebook will resolve this and I also let the original account know what has happened.

Morale of the story is that you better not just befriend anyone. Double check profiles you think you were already friends with.
Lock your profile down to friends only too.
And do not believe there is some kind of lottery you do not even have to enter or some schemes that just hand out free money to everyone.