LAS VEGAS SHOOTING, NEW NEWS, IT IS NOT OVER YET!

What happened in Las Vegas and why has the media gone dark on it?
Joanne Moretti is a political commentator. She often posts on Facebook. I find her comments enlightening, and I have never found her information unreliable. She frequently comes out with the truth long before anyone else.
Here she connects dots from the Las Vegas massacre to the mass arrests in Saudi Arabia. I don’t think Hollywood could create better fiction than this apparently/possibly true account of international money laundering, gun running and an attempted coup. The suspense builds with the number of witnesses who reported multiple shooters and who have died suddenly from unnatural causes.
The principal in this story is a recently arrested Saudi, Prince Alwaleed Bin Talal, one the world’s richest men with investments spanning the globe, and, btw, a major donor to the Clinton campaign. Moretti provides a greatly condensed lineage of the Saudi royals involved in this affair as background information.
This story makes more sense than anything we are hearing from the press or gov agencies. There is no share button, so I’m doing a copy and paste. Check it out and see what you think.
Jo Anne Moretti:
Last night, I was on radio discussing the Las Vegas shooting and the connection to what is happening in Saudi Arabia. They are connected.
I'll start at the beginning. Before King Salman of Saudi Arabia, there was a King Faisal, who had a son, Prince Alwaleed Bin Talal. When King Faisal took ill, he named his brother Salman as king in his place. In turn, King Salman named his son as heir to the throne instead of his brother’s son, Prince Alwaleed.
Alwaleed is a Wahabbi. Salman is Suni. Wahabbi is an extreme version of Islam. King Salman wanted a more modern, less extreme, form of Islam for Saudi Arabia. That's why he named his own son as heir.
In Las Vegas, Prince Alwaleed owned the upper floors of the Mandalay Bay resort, including the 32nd floor, which was one of the points of shooting at the strip. I say one of the places, because the witnesses were all correct. There were other locations too.
The Mandalay Bay has a heli pad on the roof. That is important, because that was the escape route after the carnage.
Paddock, the alleged shooter, was a pilot. He was also a gun runner between the Philippines and the U.S. He was running guns for Prince Alwaleed. Paddock didn't win his fortune at the casinos. His millions came from smuggling.
I have learned that on the night of the attack, King Salman was in Las Vegas. (I didn't know that part until after the show when I received a missing piece of information. Salman was at the Tropicana.)
The FBI knew Paddock was running guns. They were tipped off, but they didn't know there would be an assassination attempt on Salman by Alwaleed just down the strip.
Paddock brought the guns as he usually did. But instead of getting paid this time, he was killed. He was victim No. 1.
The guns were used to shoot at the country music venue to create chaos and distract from the real target at the Tropicana. Alwaleed's assassins shot from Mandalay bay, but they were also at the Tropicana trying to kill Salman.
That explains why there were shooters on the ground as well as in the air. Remember the vids of the helicopter flying over. I asked why a helicopter would be there when there was a shooter high up. It wasn't the news or the cops. It was the assassins who ran up the stairs to the roof from the 32nd floor.
Remember they sealed the door to the stairwell? Paddock had access to the service elevator, because the boss said he could use the elevator. Nobody questioned him.
Meanwhile, the assassination attempt on Salman failed. Now we are seeing the result of the failed attempt. It was not only an assassination attempt and a terror attack, but an attempted Saudi coup. This is why everyone shut up in Las Vegas.
The response is still ongoing. You are watching it play out. As I said, I spoke on air about this. I will post links in comments to prove my story.
Las Vegas was a terror attack. Paddock was the gun runner. Alwaleed, the owner of the suite, was behind all of it. All of the witnesses citing multiple shooters told the truth. There were shootouts along the strip and in the Mandalay Bay & Tropicana hotels.
The reason nobody is talking is because it's not over yet. 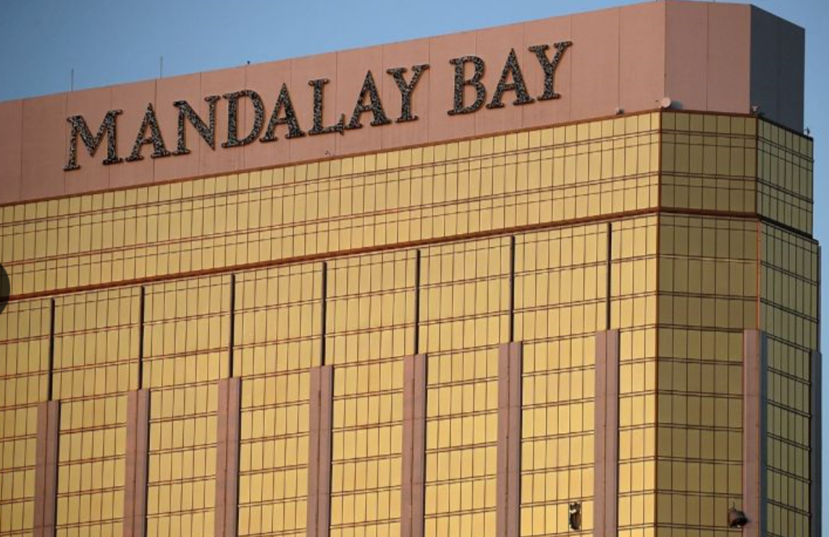