Beware of false fronts (especially ones with eye of Ra as their symbolism) telling you real Himalayan Crystal Salt is bad for you. They will use fancy language to raise doubt in you. They will pretend to have secret knowledge that you could not possibly understand. This is the second so called raw-food guru I have blocked this week that seem to know it all.... they are PLAYERS.

Bleached table salt is bad for you, it is stripped of any possible level of health benefit. We NEED minerals and ideally you would get them from tissue salts, the air (if you are sea side), vegetables and fruits, spring water and use distilled water to help flush out any unwanted minerals from time to time.

We are all individuals and some need more minerals than others, or in the situation of many cancers, low sodium and high potassium is required, so take it all (yes I'm going to say it) with a grain of salt.

Here are a few studies done on Himalayan Crystal Salt. Now if only we didn't have a totally corrupt medical and scientific system that has no interest in studying such things...not only that, actually trying to destroy/suppress the knowledge, we would have a lot more data....

Himalayan salt crystals synergistic composition are shown to enhance overall health. In 2003, a nine-week, double-blind study conducted at the Inter-University of Graz, Austria, evaluated the effects of daily consumption of 1.5 liters of tap water with common table salt versus original Himalayan crystal salt.

A second study evaluated the effects of taking one teaspoon of sole made from sea salt versus one teaspoon of sole made from original Himalayan crystal salt on mineralization, hydration, and oxygenation. Sole, (pronounced Solay) is water that has absorbed as much natural salt as it possibly can, which is 26%). Patients who drank sole made with original Himalayan crystal salt were within 5-15% the normal range of health, but the patients who drank sole made from sea salt, were at least 35% out of normal range of wellness.[4]

I believe that most uncontaminated, unrefined sea salt can benefit the body, but as the oceans around the world become more and more contaminated, the above study seems to point to an additional synergy and purity in ancient pink Himalayan salt crystals that can enhance health.

Then these double agents will say IT'S FULL OF FLUORIDE! DANGER! DANGER! All while pretending they know something of chemisty! The nerve!

"Here Are The Facts About The Fluoride In Himalayan Salt.
Don’t confuse naturally occurring fluoride with man made chemical fluoride.

There are two kinds of fluoride.

Widely distributed in Nature, Fluoride makes up 0.03% of the earth's crust. It appears mainly in the form of the minerals cryolite (sodium fluoride) and fluorspar (calcium fluoride) which are made from the non-metallic hydrogen element fluorine and combines with other elements to form fluorides.

The trace element fluorine is also present in the body, almost entirely in bones and teeth, in the form of fluoride. Fluoride serves as a catalyst for both the mineralization of enamel on the developing tooth prior to emergence and for ongoing remineralization of surface enamel. Cavities are caused by bacteria, which multiply when food is ingested to produce organic acids. Fluoride protects the teeth by changing some of the tooth crystal into a crystal that is less acid-soluble called fluoropatite.

Fluoride is part of Nature's system for maintaining teeth, and occurs in very small amounts in many foods and natural water supplies.

The form of "fluoride" dumped into our drinking water is NOT naturally occurring sodium or calcium fluoride, but fluorosilicic acid, a liquid by-product of fertilizer manufacturing and is corrosive and highly toxic. The Material Safety Data Sheet warns "do not breathe vapour...do not get in eyes [or] on skin." When heated, or when it reacts with water or steam, fluorosilicic acid decomposes almost instantly into corrosive and toxic hydrogen fluoride as a gas or liquid.

The amount of fluoride from fluorosilicic acid that is present in drinking water supplies may even cause or contribute to cancer, genetic damage, mottling of the teeth, and neurological injury. It accumulates in our bones, making them more brittle and prone to fracture.

Sodium and calcium fluoride are present throughout nature and are, essential to health.

A laboratory test was done on Himalayan Salt, which found fluoride to be present in the salt at 0.1 part per million. Indeed, since fluoride is widely distributed throughout nature, one would expect to find a trace of fluoride in a natural, unrefined salt.

Fluoride is present in Himalayan Salt in the form and amount determined by Nature to be optimal to life. It also contains all other naturally occurring elements, including arsenic, uranium, plutonium, mercury, gold, and more. Recently, it was discovered that Himalayan Salt contained the element Promethium in minute amounts it is rarely found on Earth. Its presence in Himalayan Salt was an important discovery as Promethium is only found in infants in the first three to four months after birth and is directly linked to the development of the body's immune system.

Now what about lead? People will say, "I heard there is lead in this salt so I avoid it". However, It's bonded lead, not bioavailable. CHEMISTRY is importint! It also applies to bentonite clay...discussed here:

"This is the often-overlooked part of the lead equation. The lead that is naturally present in many foods and clays is not available to the body.

Lead is dangerous, even in tiny amounts, when it is able to build up in the body. This does not occur with the trace amounts of lead in clays like bentonite for one very important reason:

Lead likes to bond to other elements like silver, copper and zinc.

To understand why this is important, think about high school chemistry. Compounds that would be dangerous on their own, are not in certain combinations. Sodium (a reactive caustic metal) and Chloride (an explosive acid) are harmful on their own in elemental form, but together they form harmless and important NaCl, or salt.

A similar comparison is true with lead. Lead in an un-bonded form (like the isolated form found in some metals, cosmetics or old paint) is dangerous and is important to avoid because it can bond and remain in the body. Lead that has already bonded is not likely to remain in the body.

Lead from natural sources, like dirt and clay, remain bonded when they enter the body. Just as the bond between sodium and chloride is very difficult to break, the bond between lead and another element is not easily broken and does not happen through the normal process of digestion.

This is why there are exemptions in Prop 65 for natural foods like Brussels Sprouts, collard greens, and nuts, which naturally contain moderately high levels of lead and would have to show many times the “safe” level of lead on their labels. Foods like carrots and yams contain over 20 times the legal limit of arsenic, but they aren’t dangerous because the arsenic is similarly bonded."

So please be aware of the double agent CHARLATANS out there that will play you and make you confused or put fear into you AND BACK NOTHING UP. If you are unsure if it is real Himalayan Salt, trace the product back to the company and ask them, as I have done, or learn to practice an ancient tool of truth we all have available to us, asking our own inner knowledge our intuition and you can use dowsing to access this. 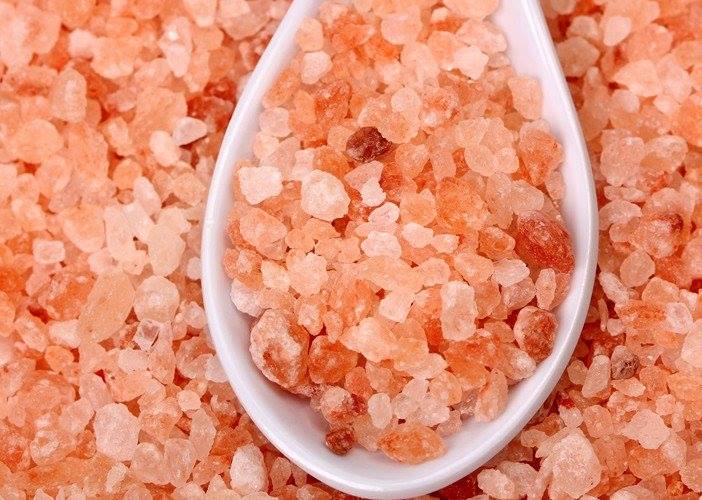