“It isn’t only 17 US intelligence agencies claiming that Russia hacked into computer files to influence that country’s presidential election. Agencies in other countries that analyzed the footprints also concluded they point to Russia. Now it’s known that Russia also hacked into files of states’ primary elections. Does Matthew still think that country is innocent?”

It is not what we think, it is what we know from universal family members who are in all nations’ intelligence services—they are part of the Special Forces we spoke about. That is why we could state with assurance that the hacking was done by US agents who wanted the information in the files to be publicly known prior to the presidential election, and Illuminati in the Democratic National Committee manipulated votes in primary elections so Hillary Clinton, not Bernie Sanders, would be the party’s nominee. Members of that Special Forces unit know which agents in the intelligence services are Illuminati and which of their “footprint” experts made the ones that point to Russia.

Why Russia? The Illuminati needed to stop the erosion of their control within the European Union and the United States, and that required continued solidarity between those two entities so Illuminati who still had influence and covert operations on both sides of the Atlantic Ocean could regain effectiveness. What could assure that this international relationship stayed strong? A common enemy. For years the Illuminati have wanted to establish a base of operations in Moscow, but President Putin refused to cooperate—with one fell swoop of a double-edged sword, so to say, they could punish him and shore up their ebbing power in the EU and the US.

Their “black ops” agents heightened the tension stirring in Crimea and Ukraine, then put out the word that Putin forcibly took over those regions in his drive to bring all countries in the former Soviet Union under his control, and they pointed the finger at Russia for interfering in the United States’ electoral process. Their mainstream media has kept those stories in the spotlight to convince the EU and the US that Russia poses a serious threat to democracy—lies repeated often enough become “facts.” Illuminati in military forces and manufacturing are talking about the need to strengthen defense capability—they profit handsomely from making the machinery of war. The populace believes that Russia is the free world’s enemy, so to that extent the Illuminati have achieved their purpose, but the EU-US solidarity they expected to firmly cement is cracking and they will not succeed in turning their contrived “cold war” into WW III.

Full text of the message: http://galacticchannelings.com/english/matthew28-06-17.html 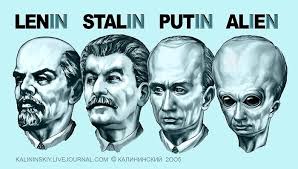 This is idiotic. These "seventeen agencies" are the very same ones that lied about "weapons of mass destruction in Iraq" resulting in sanctions and a war that killed half a million iraqi women and children. Why should you trust them now? Russia didn't "hack" into the election. Perhaps they funded social media bots, but it didn't make any impact on the election. Trump won because the people wanted him to win - all this despite the PROVEN hacking that occurred: Obama's Department of Homeland Security (DHS) was caught hacking into SEVERAL state election and balloting systems the night of the election, and flipping votes. 5 states were successfully stolen, and six additional states were attempted but unsuccessfully stolen. Trump has only been in office a year, so there hasn't been time or opportunity to complete the investigation, but there is a report that will likely come public next month that documents WIDESPREAD election and voter fraud - including MILLIONS of non-citizens voting in the 2016 presidential election - enough to have swayed the results. Everything we think we know about US politics, we learn from America's enemies (CNN, New York Times, MSNBC, CBS, ABC, NBC, Washington Post, foreign news outlets, etc.). None of what I say here is a lie, or even a belief. It's a documented fact, and the truth will be published to the public soon. Insha'allah, we will jail all the corrupt actors in our country.